Timi Elsnik has stated that it was a "special feeling" to notch his first two goals in professional football during Town's emphatic 5-1 victory against Dartford on Sunday.

The on-loan Derby County midfielder opened the scoring in the Emirates FA Cup First Round tie with a close-range finish, before bagging The Reds' third of the game with a fine header.

And Elsnik, despite having to leave the action early as a precaution, was on cloud nine after playing his part in ensuring Town will be in the hat for the Second Round for the first time since 2011.

"I'm very delighted and it is an amazing feeling to get my first two goals in professional football," he told swindontownfc.co.uk exclusively.

"Hopefully there is plenty more to come.

"It is always special when you do it in-front of the fans because they just scream and jump up and lift you even more.

"It was a special feeling.

"It was good play from the team for my second, the ball went wide to Matty Taylor and I just ran into the box, I know he's got a decent cross and it came in perfect and I was able to just head it in.

"The Gaffer told us that an early goal would kill them and then we were able to score the second and third quite quickly and that won us the game.

"We just had to be smart and professional about it and the early goal helped us a lot. 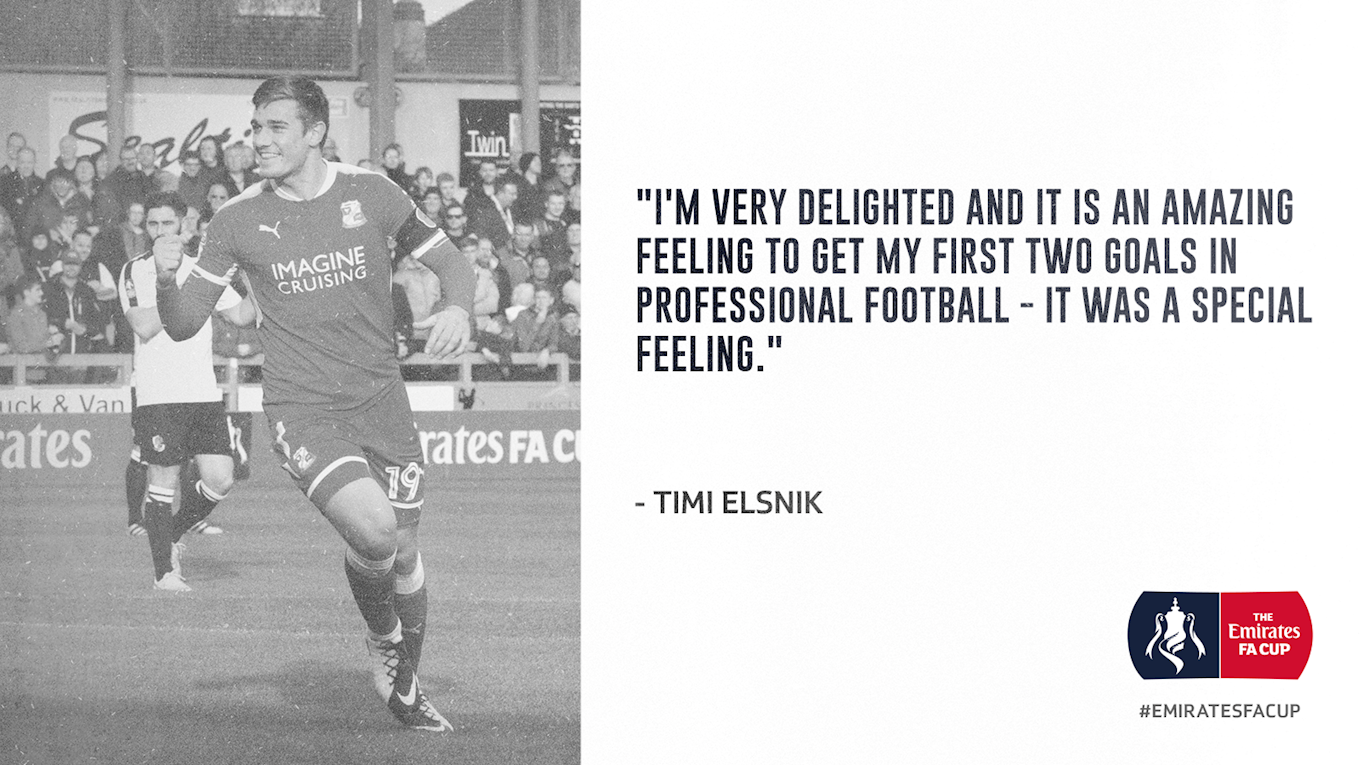 "We were brilliant for the first half-hour and then I had to come off, but the lads showed great character to keep going and score two more goals in the second-half.

"When you play smaller teams it is about how you are going to match their work-rate, so there is no excuse not to be ready for it.

"Training all week was brilliant and the Gaffer always says that we need to prepare like we are playing Manchester City every week.

"It doesn't matter who we play against, we have to be at the top of our game so that is what we did and they just couldn't cope with us."

And Elsnik revealed that he's hopeful of being involved at the weekend despite being forced off in the first-half on Sunday with a slight knee injury.

"It is nothing too serious," he added.

"I should be back next weekend."