The Reds go into today's game at The Energy Check County Ground (3pm Kick-Off) in great form having won their last five matches, while Chesterfield are currently rooted to the bottom of the table.

And Flitcroft has stated that he and his players have been putting in the hard miles on the training ground to ensure that the form book isn't upset later.

"We do a lot of reinforcement work, we do a lot of video work and we look at the distance the lads have covered, certainly the strikers and what I call the two hybrid midfield players," he said.

"They've got to cover that distance, they are the energy in the team and we will look at the structure of the team and make sure it is what we want.

"We always review the games and show the players the positives and what they are doing well and it is the same when they've not done well, we show them the other side.

"We've got a very positive environment and we keep telling the players they are doing well, but we'll never get complacent and never take what we do for granted.

"Without hard work you are not going to win football matches consistently and over the last month we've had a consistency to what we've done.

"We've been working on a strategy to be competitive against Chesterfield.

"A new manager has come in with new ideas and they move the ball quickly through the pitch and he's (Jack Lester) has been very brave with the way he wants to play.

"They will try to move the ball around the pitch very quickly so it is going to be a different challenge on Saturday, but one we are fully focussed on us and what we are doing well.

"Confidence is important in football." 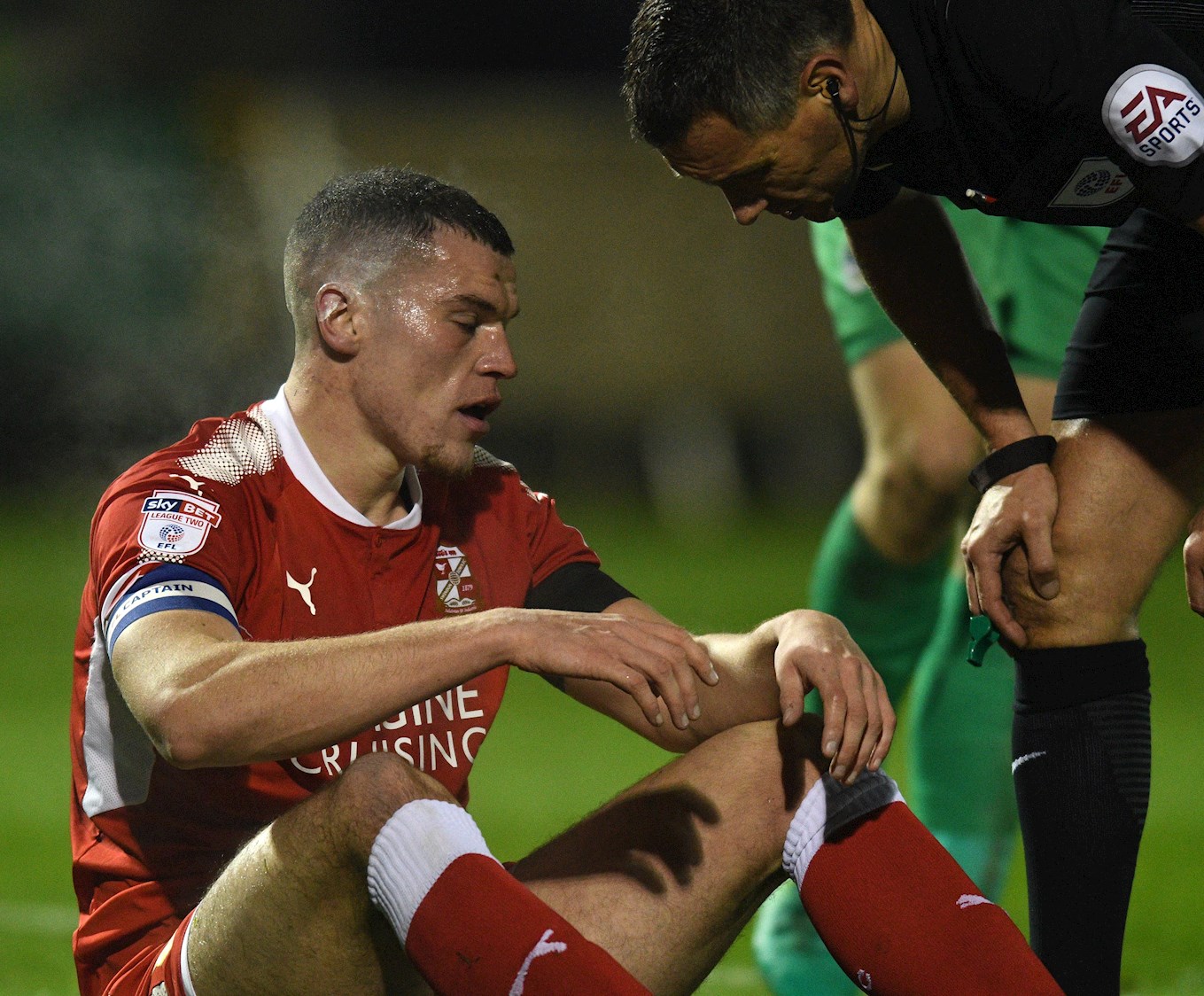 Flitcroft has also heaped praise on Matt Preston who has made an impressive start to life at Swindon Town.

"Bringing Matty Preston in has allowed us to be more on the front-foot and that has been important," he added.

"We've probably got one of the best young leaders that I've seen in Matty Preston. This guy will organise, he will make sure the structure is right in-front of him and I'm delighted watching that.

"When I first met him we had two or three hours and straightaway you knew you were talking to a real man.

"He probably had to come out of Walsall and the superb start he has had has ensured that the Swindon fans have taken to him straightaway.

"He's not come through an Academy system which makes him unique and he wants to defend first and foremost.

"He's got that fantastic quality that a lot of Academy centre-halves don't have."