Swindon Town will be without a number of players for tomorrow's Sky Bet League Two clash against Newport County at The Energy Check County Ground (3pm Kick-Off).

The Reds have been dealt a number of injury blows in recent weeks, including losing both Lawrence Vigouroux and Luke Norris in the warm-up prior to Tuesday night's defeat at Grimsby Town.

Chris Hussey, Amine Linganzi, Timi Elsnik and Paul Mullin are also struggling with knocks, while Scott Twine picked up an injury during a game for Chippenham earlier this week.

As a result, both James Brophy and Tom Smith have been called back from their respective loan spells and Town Boss Dave Flitcroft sat down with the local press earlier to conduct a full body count.

"We're just not getting nearer with Chris Hussey," Flitcroft said.

"I thought I would have him for Saturday's game but he broke down towards the end of last week and we'll have to speak to Sheffield United to see if we can get to the bottom of the injury because, at the moment, we can't.

"Everything was on course and it has thrown the medical staff, so we might have to look for some support there and see what we can do.

"That's one we have missed out on.

"Amine Linganzi was nearly ready for tomorrow but it won't be until Monday until he is back at full tilt. 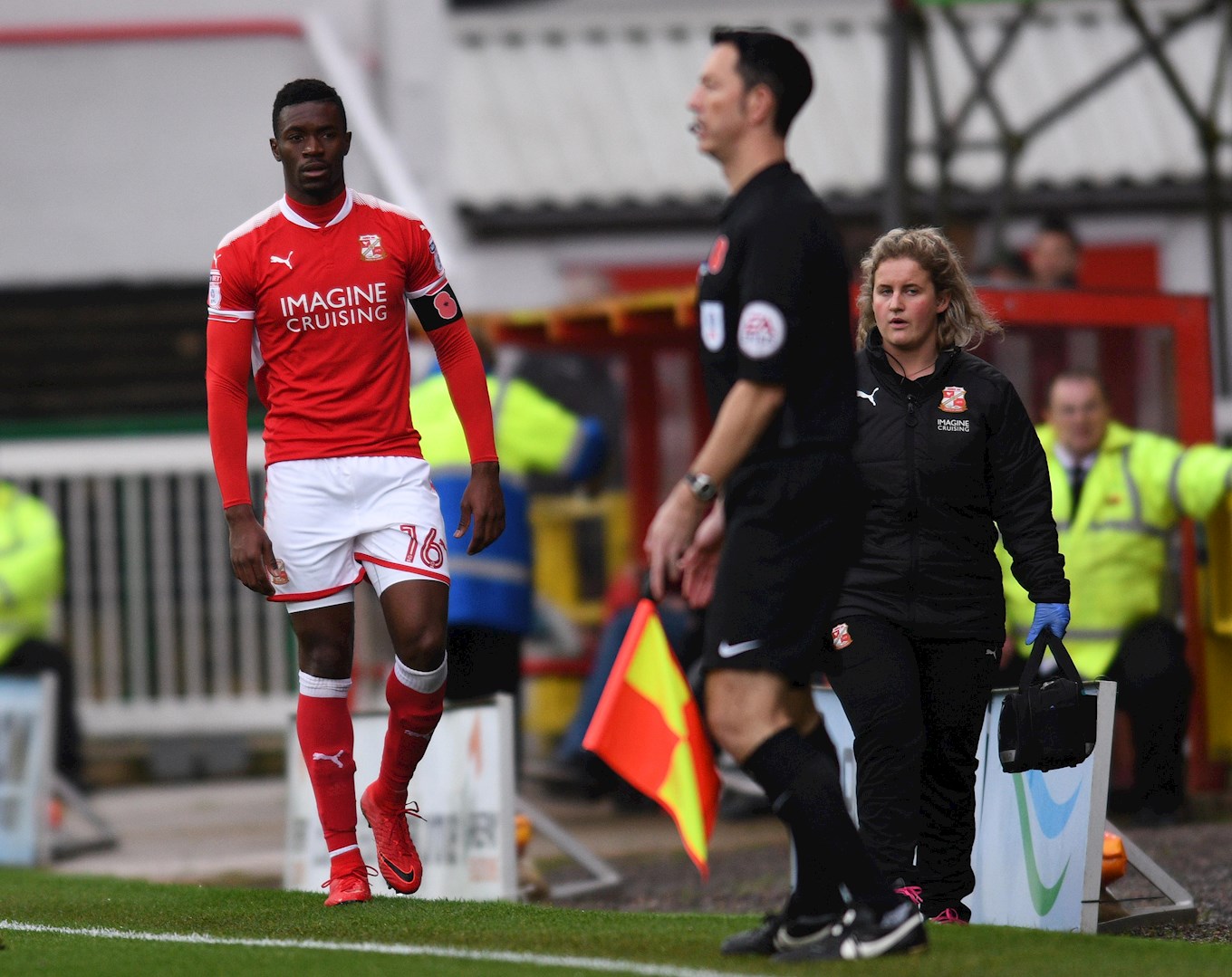 "We don't want to rush it because a hamstring injury could turn into a bigger one, so we are not prepared to gamble with that one.

"Timi Elsnik will be longer. He went into Derby, got it assessed and it will be at least eight weeks, potentially more.

"He's had some blood pumped into the tendon to try and get that going, so it is a galling one because he's started to really rip games up and showing that Championship quality.

"He's still committed to that other side of the game, out of possession, tracking runners and doing everything that you would want from a centre-midfield player.

"They are all a miss but Timi was really in form.

"We are getting closer with Paul Mullin.

"He's had a day and a half on it now so that has cleared up - he's certainly getting closer.

"We probably aren't going to have Luke Norris for the weekend. He rocked his ankle on Tuesday, the swelling came up on his ankle and he did it in the warm-up.

"If Luke can get out there then he will, that's what I do know."