Olly Lancashire has reflected on his FA Cup memories and is hoping to create some more with Swindon Town this season.

The Skipper sat down with the club's media channels earlier to look back on his FA Cup highlights growing up, in addition to giving his verdict on our First Round tie away at Dartford on Sunday (3pm Kick-Off).

"It means the same to me as it does to everyone else in the country," he told iFollow STFC exclusively.

"Everyone knows the history of The FA Cup and the magic of it.

"We'll be looking to go there this weekend and hopefully start a good run for us.

"Growing up I remember Arsenal winning it in 1998 thanks to Nicolas Anelka and then Ray Parlour a bit later on in Cardiff.

"The big games are always The FA Cup Finals when you are younger and even now, everyone looks forward to The FA Cup - I was there this year watching Arsenal win!

"I can remember playing against Manchester United in the Third Round for Southampton and it was obviously good to play them.

"My biggest win was with Rochdale when we beat Leeds United to progress through to the Fourth Round, so they are my two highlights from The FA Cup.

"The FA Cup is a big competition for us and hopefully we can do well." 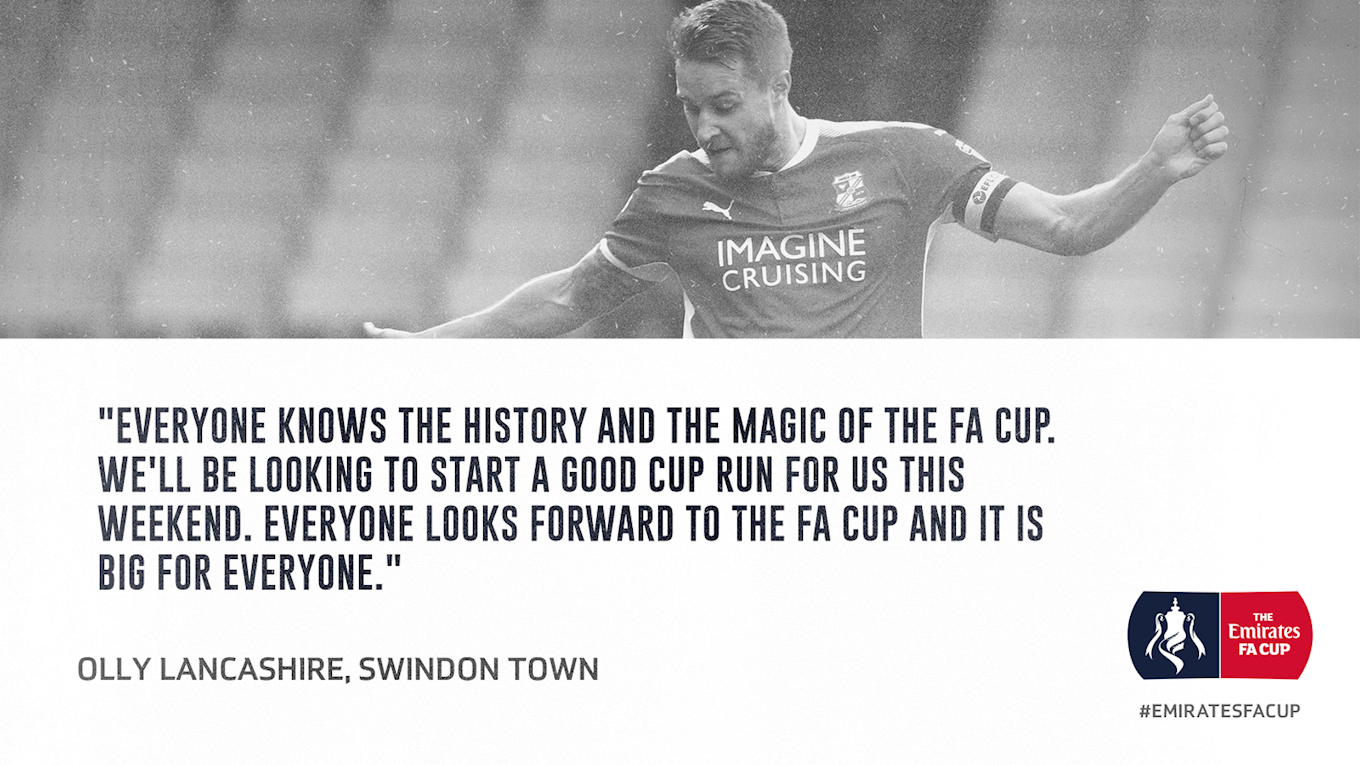 And Lancashire now has his sights set on making sure that Town avoid being on the wrong end of a 'Giant-Killing Act' and safely secure their place in Round Two.

"Every club and every fan wants to be involved in that Third Round draw when the so called bigger teams come in," he added.

"Swindon have struggled in the last few years to get through the first couple of rounds, so it is not going to be easy but we'll be working hard to make sure that we've got the best chance possible to progress further in the competition.

"Everyone is looking forward to it, it should be a good atmosphere and it always is in The FA Cup.

"I'm sure there are going to be a lot of shocks this weekend but we've got to make sure we're not one of those and hopefully come Sunday night we're still in the hat."