Swindon Town got their 2017/18 Central League campaign off to a winning start today courtesy of a 6-3 victory against Forest Green Rovers.

Scott Twine grabbed a hat-trick while Paul Mullin and Kaiyne Woolery were also on the scoresheet for The Reds, who were led by Academy Manager Jeremy Newton.

It was the perfect start for Town who broke the deadlock with less than a minute played thanks to Woolery, who burst into the box before slotting home.

Mullin then made it two minutes later after being sent clean through on goal, but it didn't take long for Forest Green to pull one back with Toni Gomes seeing his shot deflect off Shamir Mullings and into the back of the net.

There continued to be chances at both ends of the pitch in a frantic first-half with Mullin rifling over, while Mark Roberts and Gomes were both off-target with efforts for Rovers.

However, Forest Green would succeed in pulling themselves level on the stroke of half-time thanks to former Swindon Academy graduate Jordan Simpson, who kept his cool to fire home from inside the box. 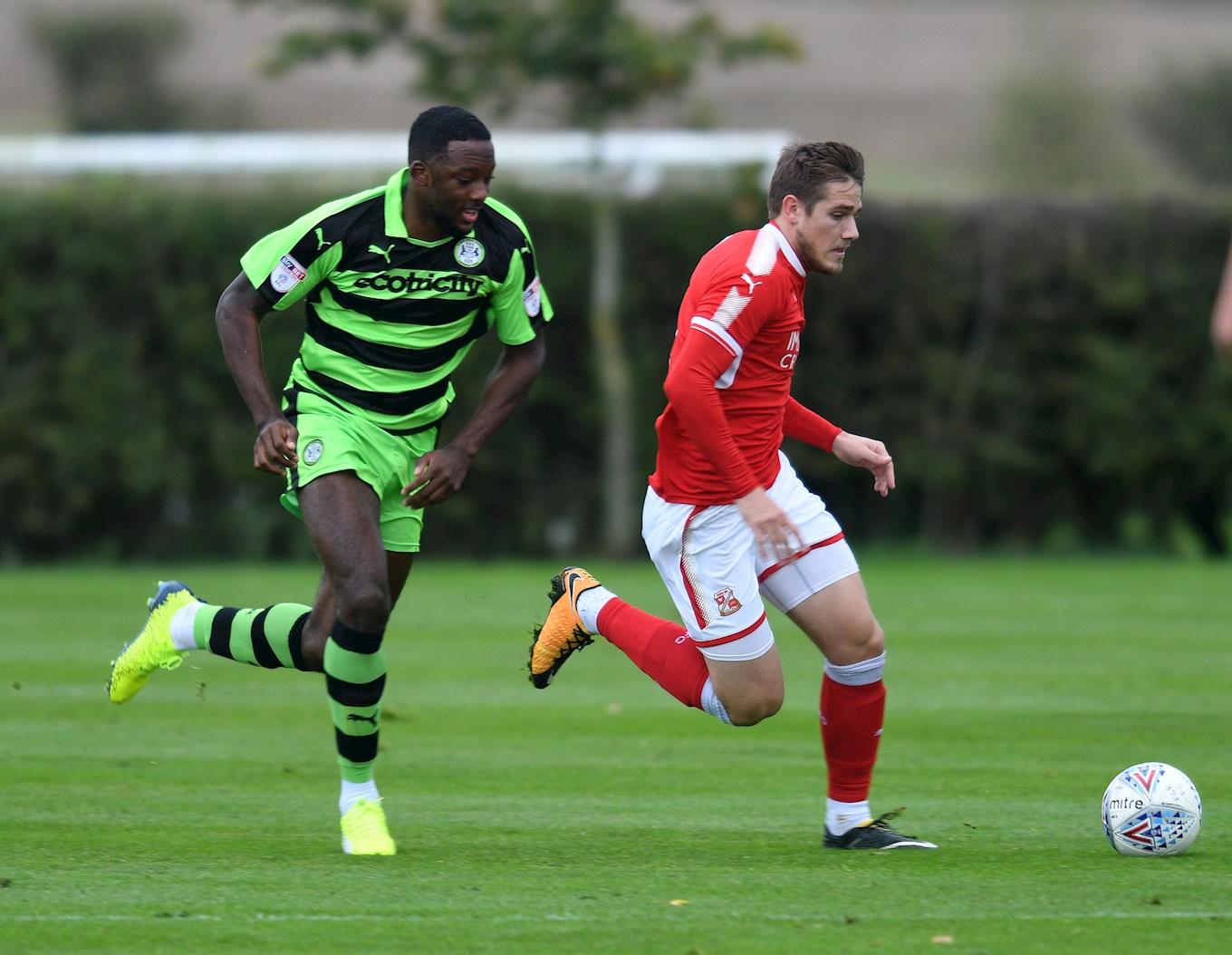 Will Henry had to produce a good save to deny Gomes shortly after the interval but he was unable to prevent Emmanuel Monthe from stabbing home from a corner moments later.

Town responded well to that set-back though and they were level just past the hour mark thanks to Jordan Edwards, who stole in at the back post to tap home.

Mullings saw his shot blocked on the line at the other end and that miss was punished with Scott Twine converting from the penalty spot after Woolery was pushed over inside the area.

And Twine soon grabbed a second to give his side a comfortable cushion, and he was able to complete his hat-trick late on with a cool finish to make it a successful outing for The Reds.