John Goddard admitted that it was a relief to finally get back out on the field last weekend.

The attacker had been consigned to the sidelines since the opening day of the season with a troublesome foot injury, which was hampered by setback after setback.

However, the 24-year-old was finally back in the thick of the action on Saturday after coming on against Cambridge United, playing his part in a 2-0 win for Town.

"It was really nice for me to get back out there," Goddard told swindontownfc.co.uk exclusively.

"Obviously I missed it a lot and it has been a frustrating period for me, being injured isn't something that I am used to touch wood.

"I'm feeling good now so it was nice to come on, contribute and to be involved in a winning performance was a real bonus as well.

"Hopefully I can push on now and try and get back in the side on a more regular basis.

"When you are out injured you need to use the time wisely and it is an opportunity to get in the gym and work on aspects and work hard to get fit.

"I tried everything really, I had injections to speed up the process but at the end of the day injuries need time to heal.

"I feel good now, I feel sharp and I played 90 minutes in a game on Tuesday and came through that so I'm looking forward now and hopefully I can help the team out now I'm back." 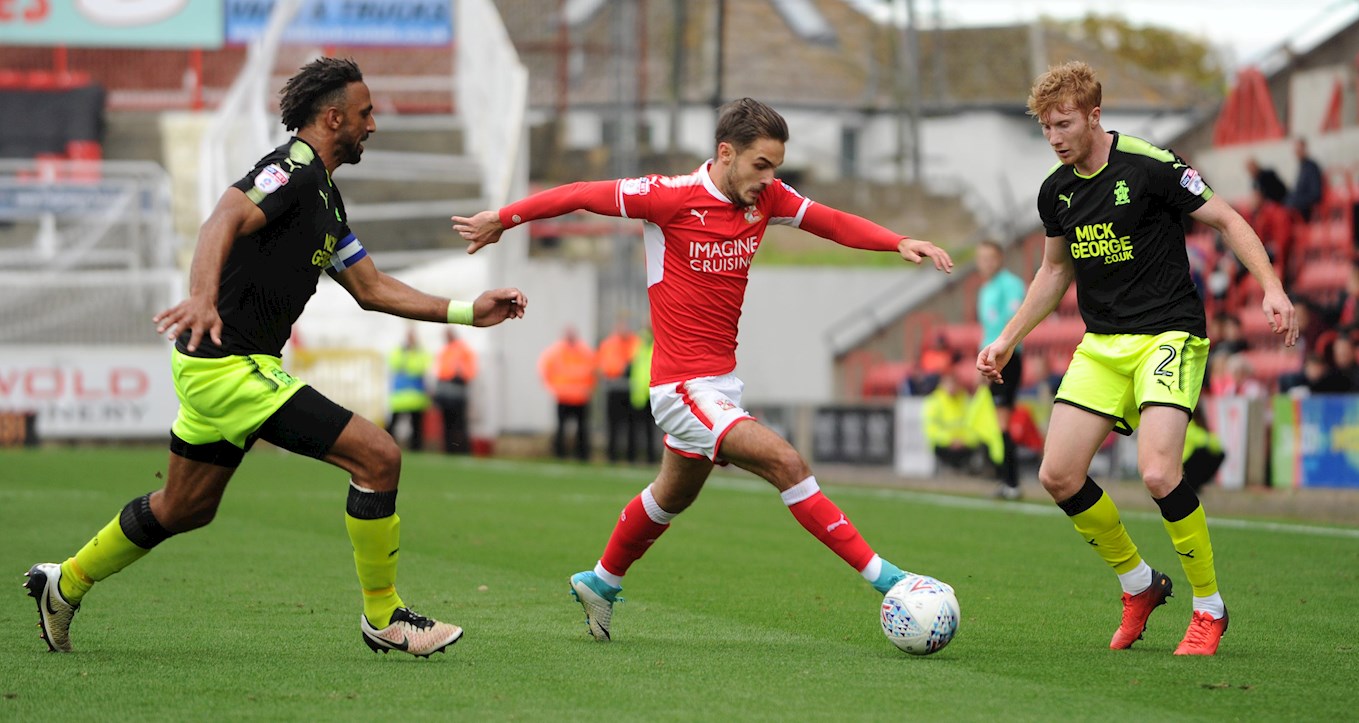 Goddard's cameo appearance last weekend was also a special one given that it was his 50th outing for the club.

"It wasn't something that I was actually aware of because it doesn't seem that long ago since I joined, so hopefully there is many more to come," he added.

Town are in action at Cheltenham Town tomorrow (3pm Kick-Off) and Goddard is confident The Reds can maintain their excellent away form and come away with all three points.

"I'm feeling good now so it was nice to come on, contribute and to be involved in a winning performance was a real bonus as well. Hopefully I can push on now and try and get back in the side on a more regular basis."

"We're looking forward to it," he continued.

"They are on a good run and we've done our homework on them. The game is about us though and if we can perform to the levels we know we can then we can get a result.

"I've played there a few times and it is always a tough game. They have quite an intense atmosphere with the fans close to the pitch, so we know what we're in for.

"I'm confident with the ability we've got in the changing room that we can get a win there."