Swindon Town suffered late heartbreak at The LCI Rail Stadium this afternoon after going down 2-1 to Cheltenham Town.

Cheltenham had the better of the first-half and they were able to take a slender lead in at the break thanks to Brian Graham's well-taken strike.

Matt Preston's first-ever Swindon goal made it honours even after the interval and Reice Charles-Cook produced some heroics on his debut to keep out Danny Wright's penalty, but the striker made up for that miss by smashing home a late winner with the last kick of the game.

With Lawrence Vigouroux suspended, Town made just the one change with Charles-Cook coming in for his Reds debut.

Luke Norris, despite dislocating his shoulder just seven days before, was fit enough to lead the line in a 4-2-3-1 formation.

The Reds were looking for a second straight win on the domestic front and a first-ever victory at The LCI Rail Stadium.

But it was the hosts who fashioned the game's first opportunity as Jerell Sellars flicked a Brian Graham drive into the arms of Charles-Cook. 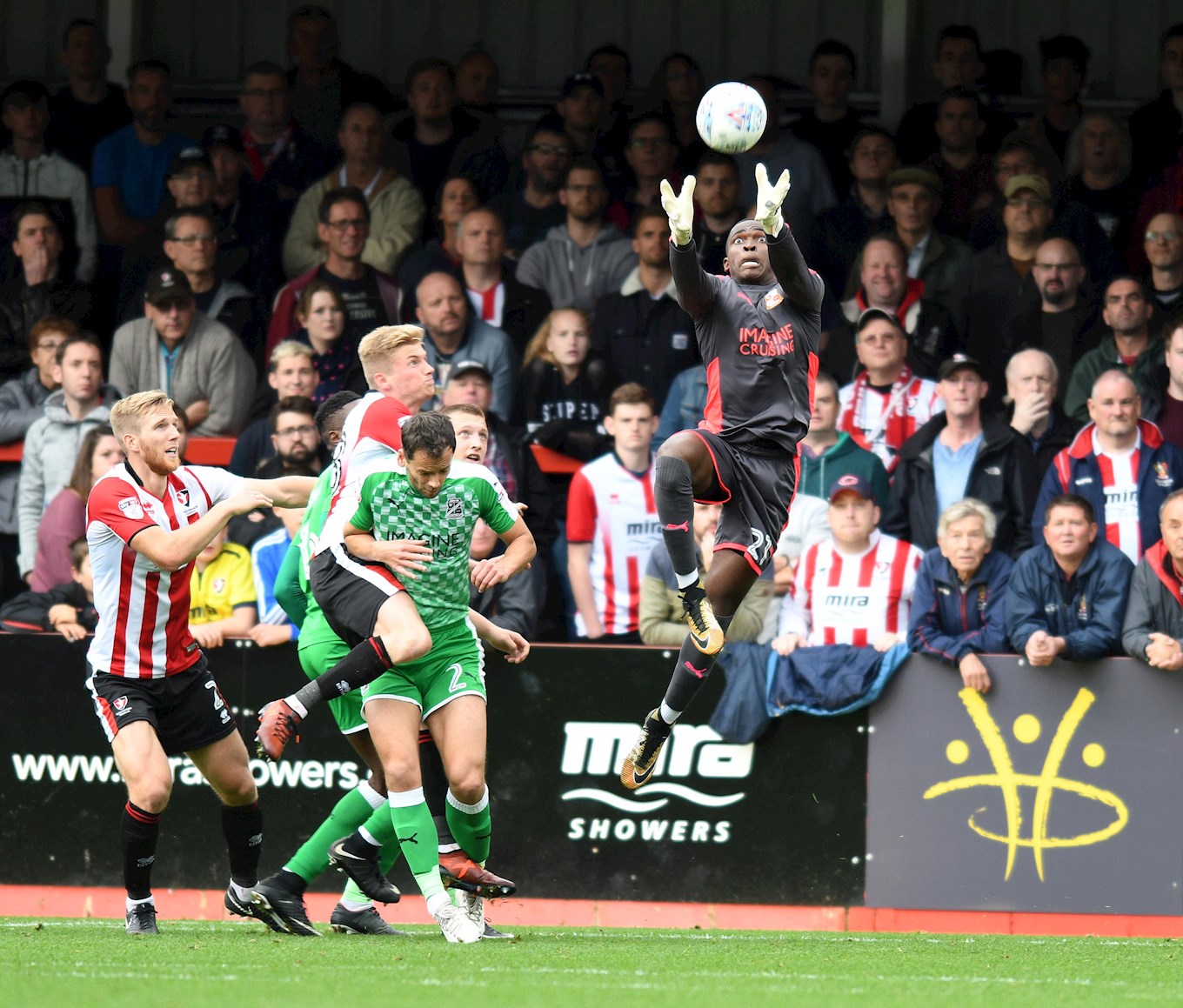 Cheltenham then carved out another chance as a free-kick was played short to Sellars who picked out Harry Pell inside the area, but the towering midfielder could only send a header over the bar.

It was then Swindon's turn to attack and they went close themselves with Olly Lancashire sending a header back across goal from Matty Taylor's corner, and Norris was unlucky to see his headed effort loop inches over the crossbar.

However, the opening goal of the afternoon would go the way of the home side and it came courtesy of Graham, who slammed home emphatically from Pell's pinpoint cross.

Cheltenham went close to grabbing a second too with Sellars seeing his drive deflect off James Dunne and onto the roof of the net.

Town tried to muster up a response and they went close twice in quick succession as both Amine Linganzi and Lancashire saw close-range efforts blocked.

Keshi Anderson then fired a tame effort wide of the post and that proved to be the final action point of a cagey first-half.

Town opted for a couple of changes at the break with John Goddard and Donal McDermott replacing Kellan Gordon and Kaiyne Woolery respectively.

And those changes reaped instant rewards as The Reds hauled themselves level with 52-minutes on the clock.

Taylor was able to whip in a free-kick and Matt Preston was on hand to head home his first-ever goal for the club.

Preston went close to grabbing a second just past the hour mark but his bullet header was tipped over by Flinders. 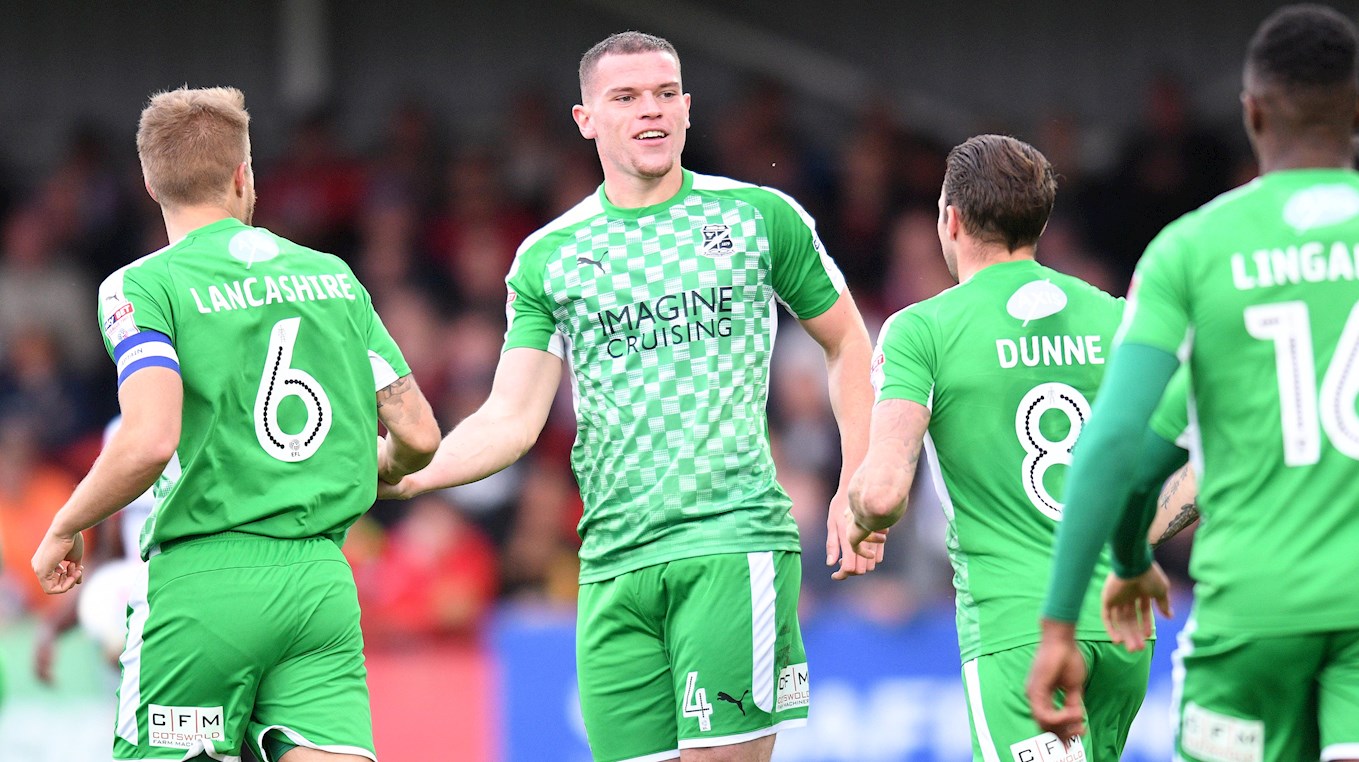 The game had exploded into life with action at both ends of the pitch and Cheltenham were given a golden opportunity to restore their lead after James Dunne brought down Joe Morrell inside the area.

However, Danny Wright, who had only been on the pitch a matter of minutes, was unable to get the better of Charles-Cook who got down low to produce a brilliant save and keep the scores level.

Goddard then cut in and let fly but his effort sailed straight into the arms of Flinders, while Morrell fired wide at the other end.

With time running out, Town then made their third and final change as Paul Mullin replaced Keshi Anderson in attack.

Both sides were trying their best to find a winner and it was Swindon who were looking the most dangerous as Taylor planted a free-kick inches wide of the post.

However, Town were dealt with a cruel sucker-punch in the dying seconds as Wright atoned for his earlier miss from twelve-yards by stabbing home from close-range to steal all three points for the hosts.