Swindon Town were undone by a late goal on their way to losing 1-0 to Lincoln City at The Energy Check County Ground this evening.

There wasn't much action to digest in a tame first-half, with Keshi Anderson going closest for the hosts while Billy Knott had an effort cleared off the line for the guests.

It was much the same story after the break but Lincoln came out on top thanks to a Sean Raggett header.

Dave Flitcroft decided to stick with the same Starting XI that won so impressively away at Mansfield at the weekend.

Town were looking to make it two wins on the bounce but they had to survive an early scare with Matty Taylor clearing Billy Knott's header off the line.

It was all one-way traffic in the opening exchanges but it came at the wrong end of the field with Lincoln making the brighter start. 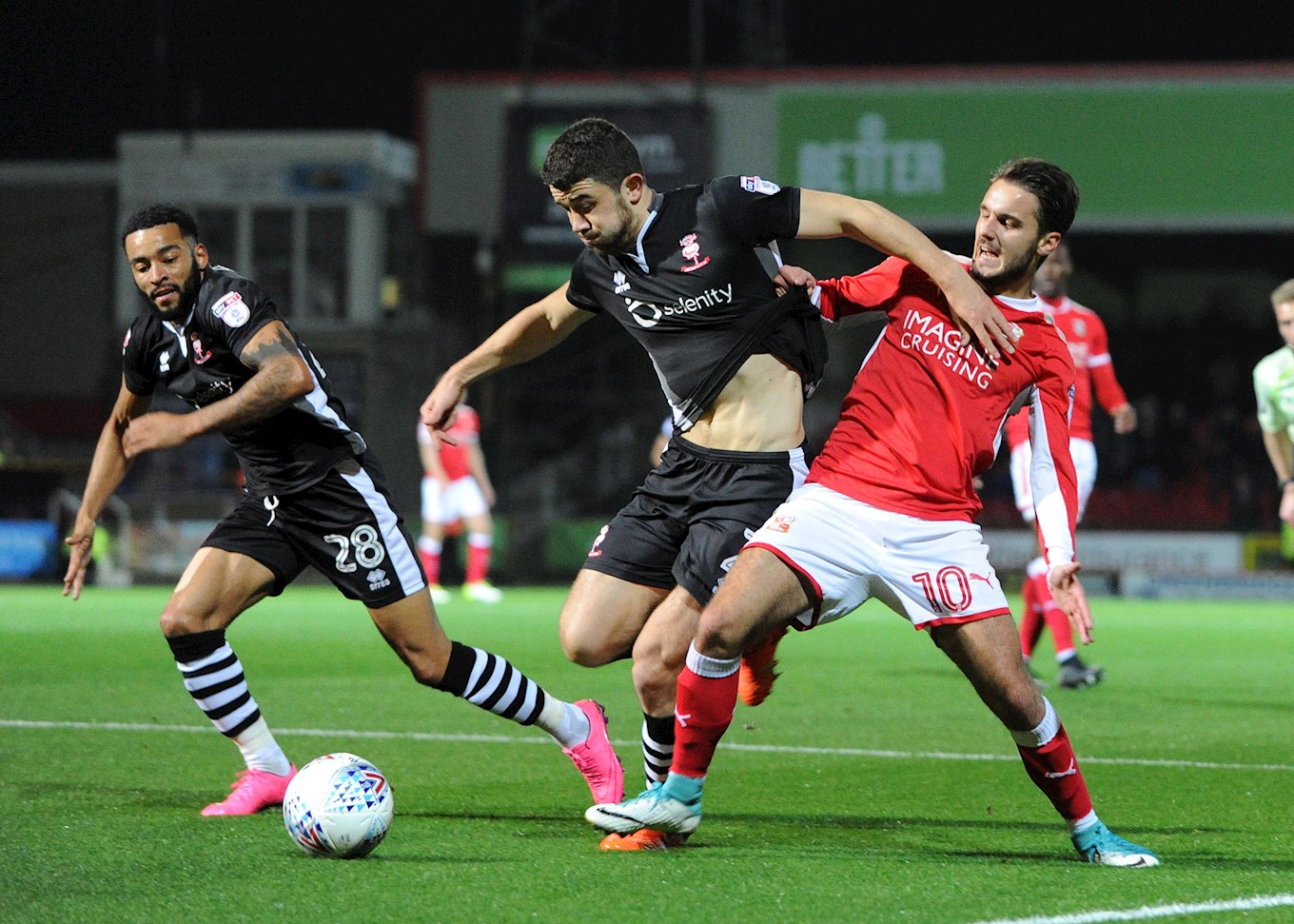 Knott tried his luck again but he could only curl over, before Reice Charles-Cook sprung into action to parry Michael Bostwick's drive and he was also able to deny Josh Ginnelly on the follow-up, with Sean Raggett heading over from the resulting corner.

Swindon were struggling to settle into a groove and they continued to give up chances with Matt Green flicking a header wide.

Town soon carved out an opportunity of their own though and it came courtesy of Olly Lancashire, who rose highest to meet Taylor's free-kick but he was unable to keep his header down.

The Reds fashioned the first opening after the interval too with Taylor sending a low free-kick inches wide.

They then went even closer moments later with Luke Norris lashing a superb strike inches over the bar.

Town were much improved in the second-half and they were peppering the Lincoln goal with a flurry of efforts as Norris saw his shot deflected behind, with Matt Preston nodding wide from the resulting corner. 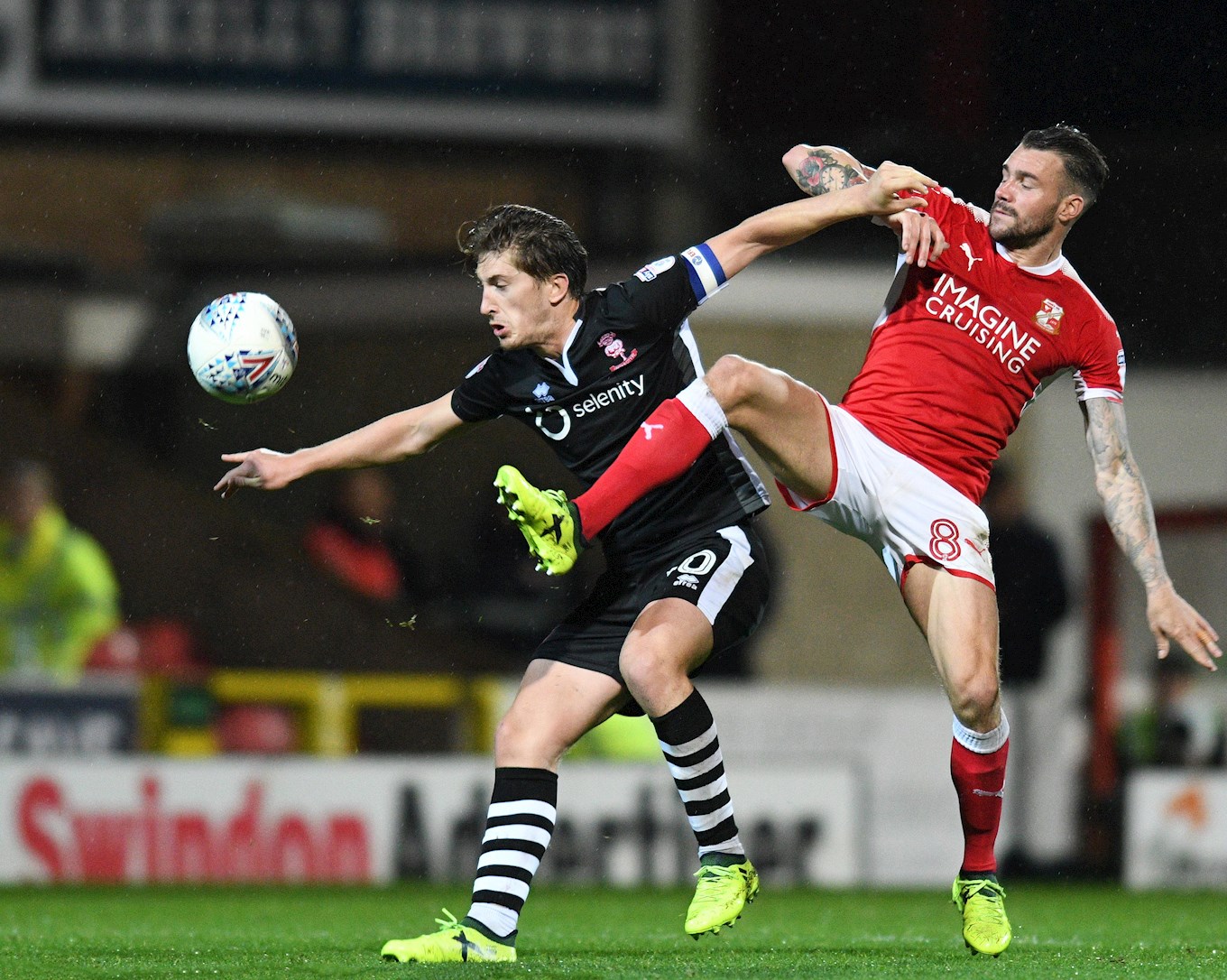 Lincoln had their moments though as Nathan Arnold saw his effort rebound off the post into the path of Ginnelly who had a clear shot on goal, but his effort was superbly blocked on the line by Ben Purkiss.

With time rapidly running out and still nothing to separate the two sides, Town made their first change of the evening with Donal McDermott replacing Paul Mullin.

Taylor went close again with yet another free-kick, this time skimming the roof of the net with his well-struck set-piece.

The opening goal of the game did eventually arrive but it went the way of Lincoln as Sean Raggett headed home from a Jordan Maguire-Drew corner.

In response to going a goal down, Town opted to bring on an extra attacker with Kaiyne Woolery replacing Purkiss, while Maguire-Drew thudded wide for City.

Anderson was just off-target with an effort from distance and that proved to be costly with Town unable to salvage anything from the game. 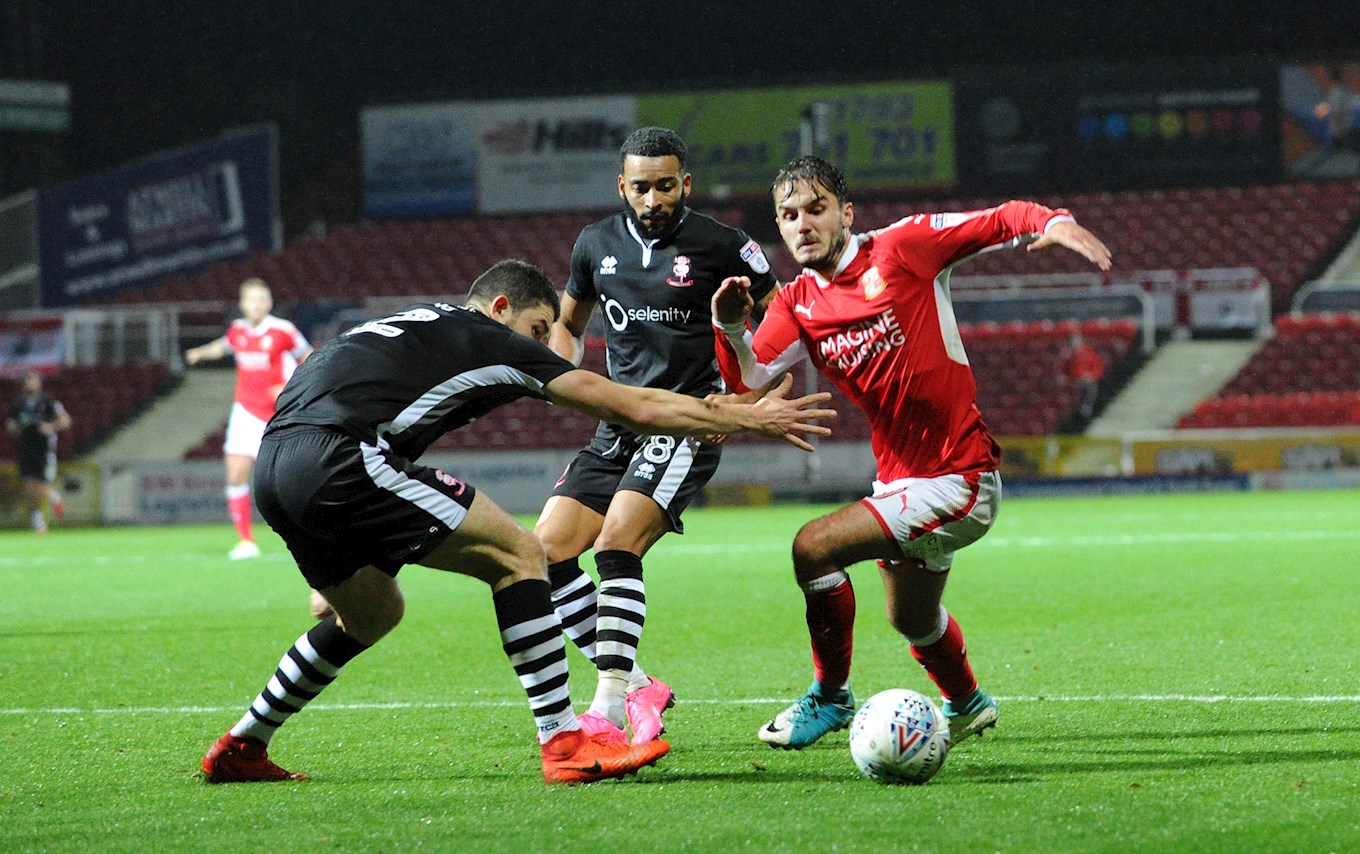