Paul Mullin was delighted to come off the bench and score at such an important time during the 3-0 win against Port Vale on Saturday.

The forward, who now has five goals to his name this season, found the back of the net moments after being introduced into the action to double his side's advantage at Vale Park.

That strike was Mullin's first since the win at Luton in September and he was thrilled to have played his part in another impressive victory away from home.

"I'm not too sure, I can't remember but I think I had one touch before from the corner but it was nice to get on and get a goal with one of my first few touches," he said.

"I just saw the ball, focussed on the ball and I knew that if I got in-between the defender and goalkeeper then I would cause them problems.

"I didn't think about them, just about the ball.

"I was made up to score as always and I love any goal, but obviously we were only 1-0 up and the game was a little bit edgy so to get that second goal and take command of it was great.

"After that we looked comfortable and it sealed the game for us.

"It is obviously great to get a goal and I feel like it has been coming for me. When you are not playing it is harder to score but I love every goal the same.

"I've just got to keep trying to score as many goals as I can." 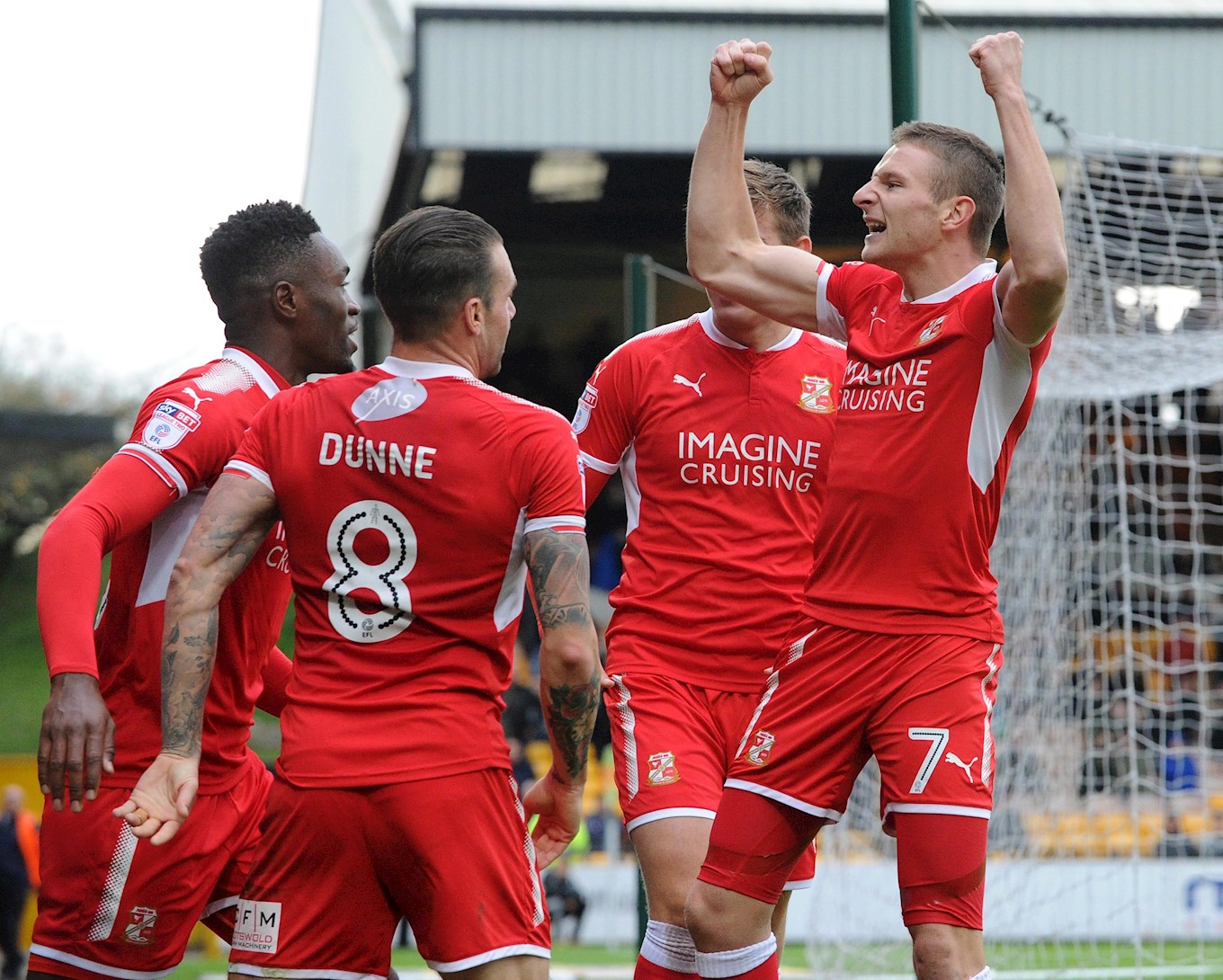 Mullin was also full of praise for the rest of his team-mates who produced a brilliant second-half display to make it six wins from eight league away games this term.

"The conditions were difficult in terms of the pitch and they had been on a good roll with three straight wins, but all the lads have put a great shift in and that's what has got us the win in the end," he added.

"We like to work hard as a team. It starts from the front and everyone puts all the effort in to every game, no matter how long you last whether it is 60 minutes, 70 minutes or the whole game.

"It is all about the team and we all give our all every game.

"Tom Pope is a dangerous player but Amine (Linganzi) has been very good in the last two games at screening the big forwards, (Adebayo) Akinfenwa last week and Tom Pope this week.

"Lancs (Olly Lancashire) and Matt (Preston) have been brilliant as a partnership as well and they have looked solid.

"Long may it continue."