Leading scorer Luke Norris has hailed Swindon Town's 3-1 win away at Mansfield Town on Saturday as their best display of the season.

The hitman, who has now found the back of the net eight times this term, played his part as The Reds recorded a hugely impressive victory at The One Call Stadium with Amine Linganzi and John Goddard also on target.

"It was probably our best performance of the season, bar the Luton game," Norris told swindontownfc.co.uk exclusively.

"It was a game where it wasn't exactly pretty but everyone's decision making and the way everyone played made it a perfect away performance.

"The early goal was massive. Amine (Linganzi) has finally got on the end of one from a set-piece and it has been coming with him.

"He was brilliant, he got a goal and it is always good to go ahead that early.

"We knew they were going to come out in the second-half and give it a right go and the third goal is a massive swing." 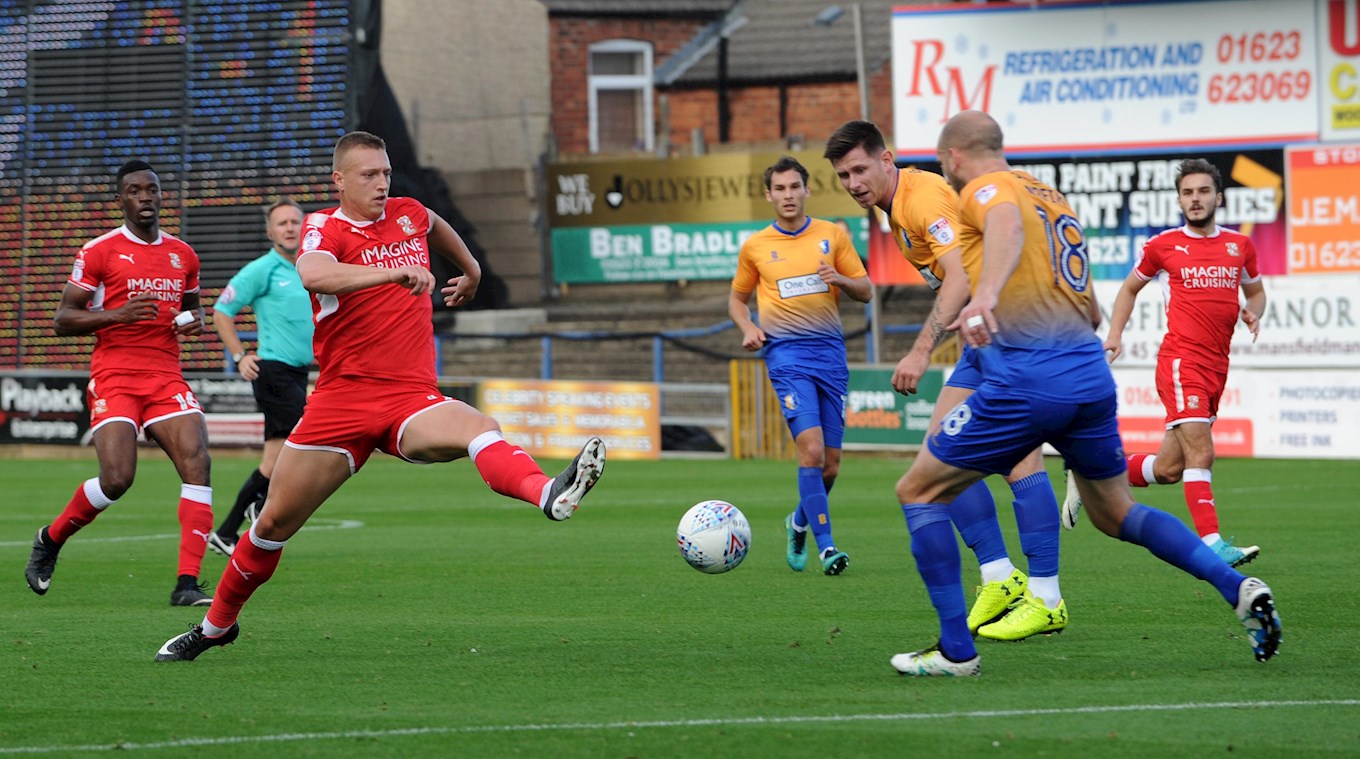 And Norris was thrilled to hit the target once again as he made it eight strikes in all competitions this season to lead the Sky Bet League Two in scoring.

"I should have scored one early on in the first-half but I'm delighted," he added.

"Keshi (Anderson) won the penalty and it gave me another chance.

"I have eight for the season now and I'm over the moon with my start.

"I'm playing well and I'm hitting that age now where you have to perform week in and week out. The manager has explained to me what he wants and we've had a great relationship so far.

"That is showing on the pitch."

Finally, Norris provided an update on his shoulder after making a speedy return from a dislocated shoulder last week, the second time this season that he has suffered that injury.

"It is alright," he continued.

"I'm dealing with it as we go and hopefully it will start improving."