Goals from Luke Haines, Jacob Bancroft and Teo Atik sealed a 3-1 success over Bristol Rovers on Friday, keeping the young Reds at the top of the table.
"I was a little bit worried about the boys playing three games in six days but the Friday night game was a great experience and being under lights made it a better game and a more competitive game," Macca told swindontownfc.co.uk.
"Certainly speaking to the Bristol Rovers staff, it was the best they felt their team had played against anybody all season.
"I was delighted with the way the boys approached the game and it could have been more than 3-2 if both teams took their chances.
"It could have have been 14-6 to us if chances were taken properly. We were 2-0 up thanks to a lovely controlled shot from Luke Haines and Jacob Bancroft added our second about 70 minutes into the game.
"They really did make us work hard for the victory and you always felt that Rovers were still in the game.
"Overall, we passed the ball really well, we moved it really well, we defended well and to then get the second goal and a cushion was great.

"However, for all of Jacob's brilliance with his great volley, he slept in a little bit and allowed his full-back past him, he then tried to get back and hung a leg and it was a nailed on penalty.
"It made it a little bit more difficult at 2-1.
"Teo Atik, who rotates with Elliot Dugan in-terms of starting games, came off the bench and I told him to go on and head us a goal because I felt with his physical presence that he could and then, lo and behold, five minutes later he did exactly that with a brilliant header from a very good cross into the box.
"It went in off the post and we were comfortable at 3-1.
"Rovers then caught us out with the last kick of the game to pull one back but, overall, from everyone that started and everyone who came off the bench, they all contributed to another three points which was really good.
"It was a test of character in terms of the fact that we had a home game, then we travelled to Gillingham so we tried to manage the players during the week as well as trying to give them the right information for the games coming up.
"It was great to come out on top against Rovers and it has given everyone a real confidence boost.
"I've noticed a real change in their attitude in training now, they are starting to believe in themselves a little bit more and they are starting to believe in the systems and it is showing on the pitch now.
"Listen, this won't continue throughout the season, we know that, but while we have got good focus we'll take it one game at a time and we'll move on to the next game now." 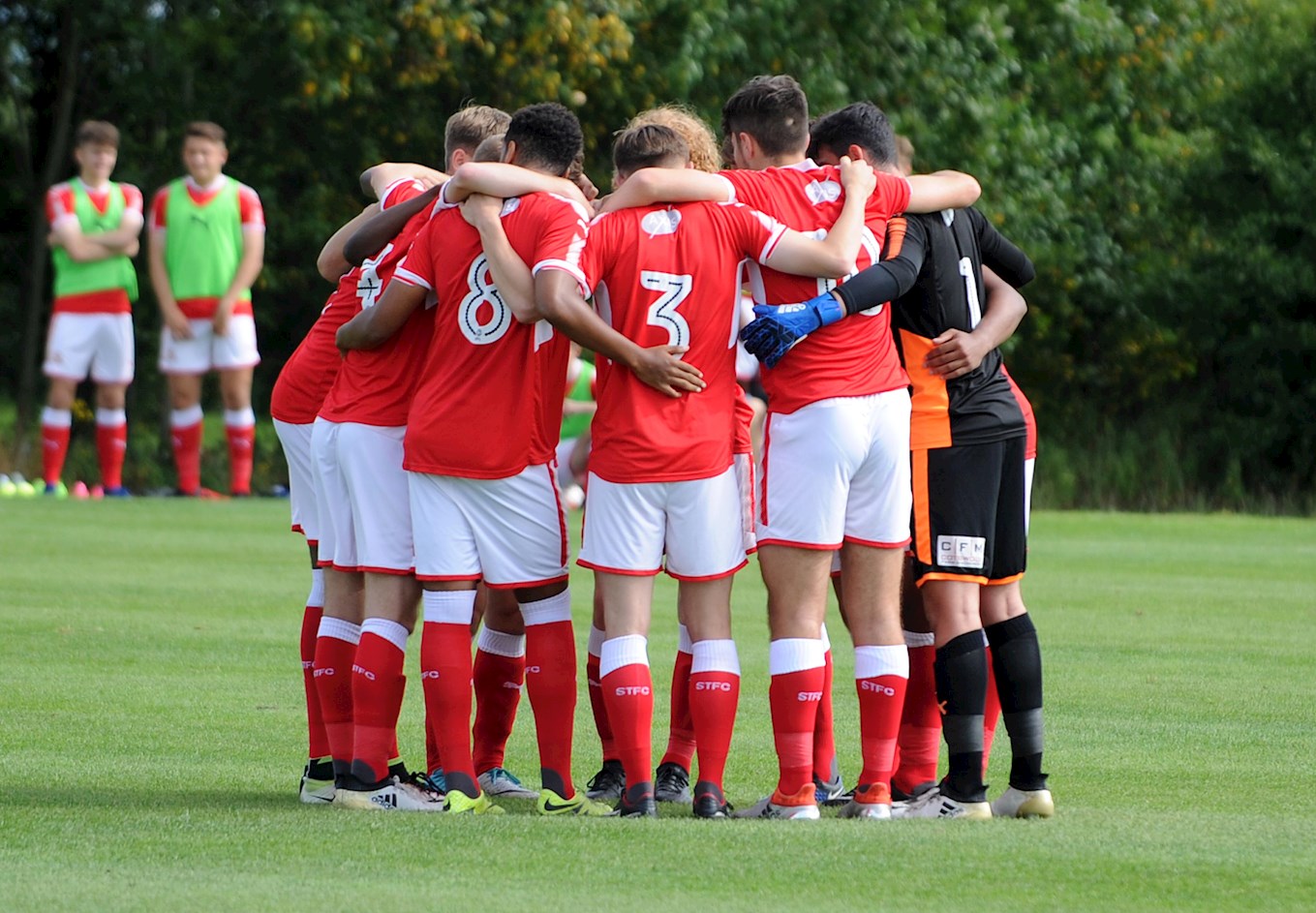 Town have a break from competitive action this weekend, although that doesn't mean that the hard work will stop for the U18's.
"Everyone gets two free weekends throughout the first part of the season and this is our nominated free weekend, but we won't be resting on our laurels and we will be having a mixed U16/U18's game today at Stanley Park," McLoughlin added.
"That will allow me and the rest of the staff to see the up-and-coming Scholars mix in with the U18's and we might have one or two trialists come in as well.
"It will be a proper game, it will be set up like a proper game, I expect everyone to put in 110% percent and we'll be taking it seriously."