Keshi Anderson felt Swindon Town were more than good value for their 3-2 win against Stevenage on Saturday.

The on-loan Crystal Palace forward notched his first-ever goal for the Reds to help secure a first home win of the season, with Luke Norris grabbing a brace.

And Anderson was of the opinion that Town were always in control and deserved to come out on top.

"The boys dug-in deep, a few decisions didn't go our way and it helped them get back into the game, but we held out strong and we got the win we deserved and needed," he told iFollow STFC exclusively.

"Their first goal came from nothing, the referee has gifted it to them but we bounced back by getting the penalty and we had a few other chances as well that we didn't take.

"We got the third in the end, we stuck together and we got through the 95-minutes.

"Goals breed confidence and with the boys we've got here we know we can go out and win games and dominate certain teams.

"Once the first goal went in the second one soon arrived and we were confident in our abilities of getting another and we kept on going." 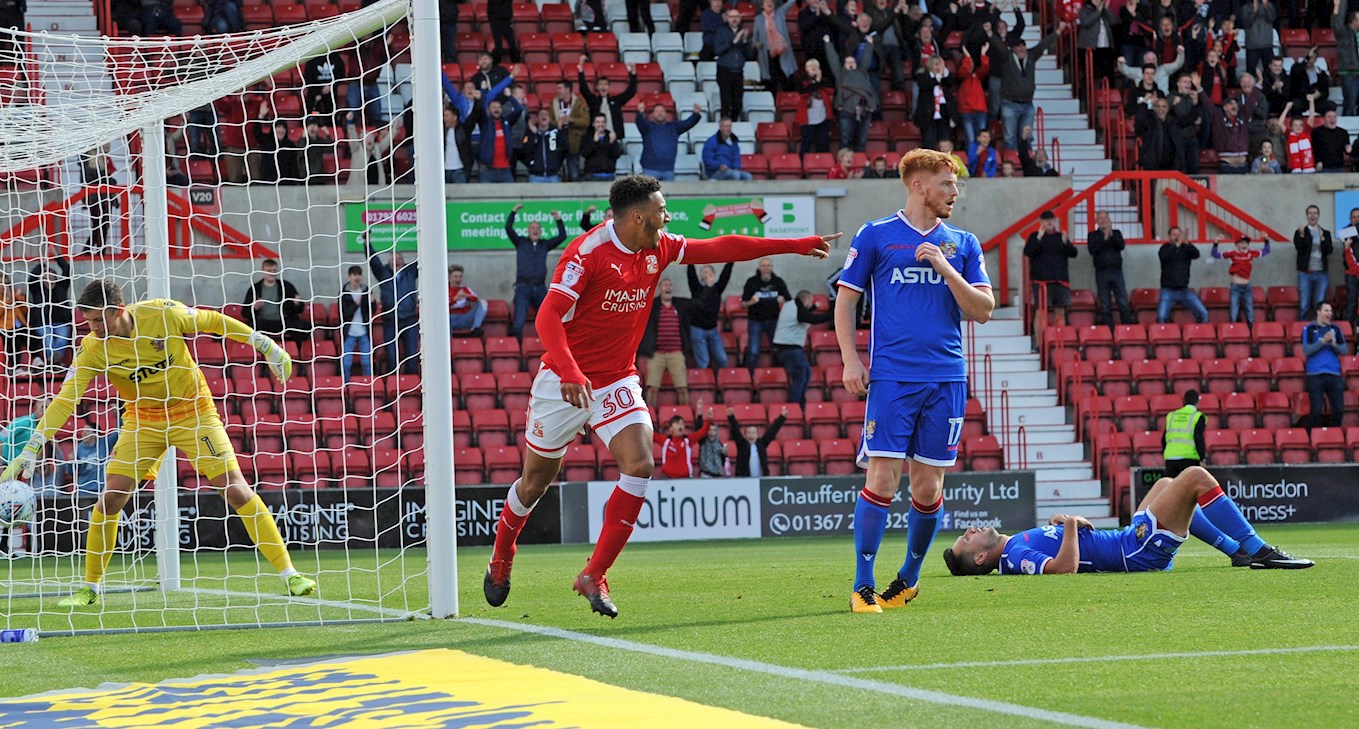 Anderson was also thrilled to open his account for the club after being teed up by Luke Norris in the first-half.

"It is always nice to score and hopefully it is the first of many," he added.

"It was good play in general. Luke won the flick-on, I won the second ball and slipped him in so for him to return it back to me was nice.

"I was unlucky not to get a second, the ball has come through, I've touched it past the player but I thought he was a lot closer to me than he actually was so I've tried to get a shot off early and it has rattled the post.

"On another day it goes in and it would have been nice to have a second, but we go again on Friday now."