Swindon Town Boss Dave Flitcroft sat down with the local media on Thursday ahead of our trip to Luton Town in the Sky Bet League Two on Saturday (3pm KO).

The Gaffer gave his views on a number of subjects including the latest on the injury front, potential loan deals, Olly Lancashire and Luton.

"Kyle Knoyle is probably going to be with us on Monday.

"He's done a lot of field-based stuff with the ball and he's come out of the gym, so he just does his gym programme now and he's back on the grass.

"Hopefully we'll get him back in a rhythm either Monday or Wednesday next week, which is great news for us.

"He's probably a week in-front of himself.

"We've had a little bit of improvement with Johnny G. He's been running on a Ultra-G Machine without gravity so he's been able to keep his fitness high and keep his fitness up inside the gym.

"We thought we would be able to get him out on the grass this week but we haven't been able to, so it is just taking a lot longer than we ever anticipated. 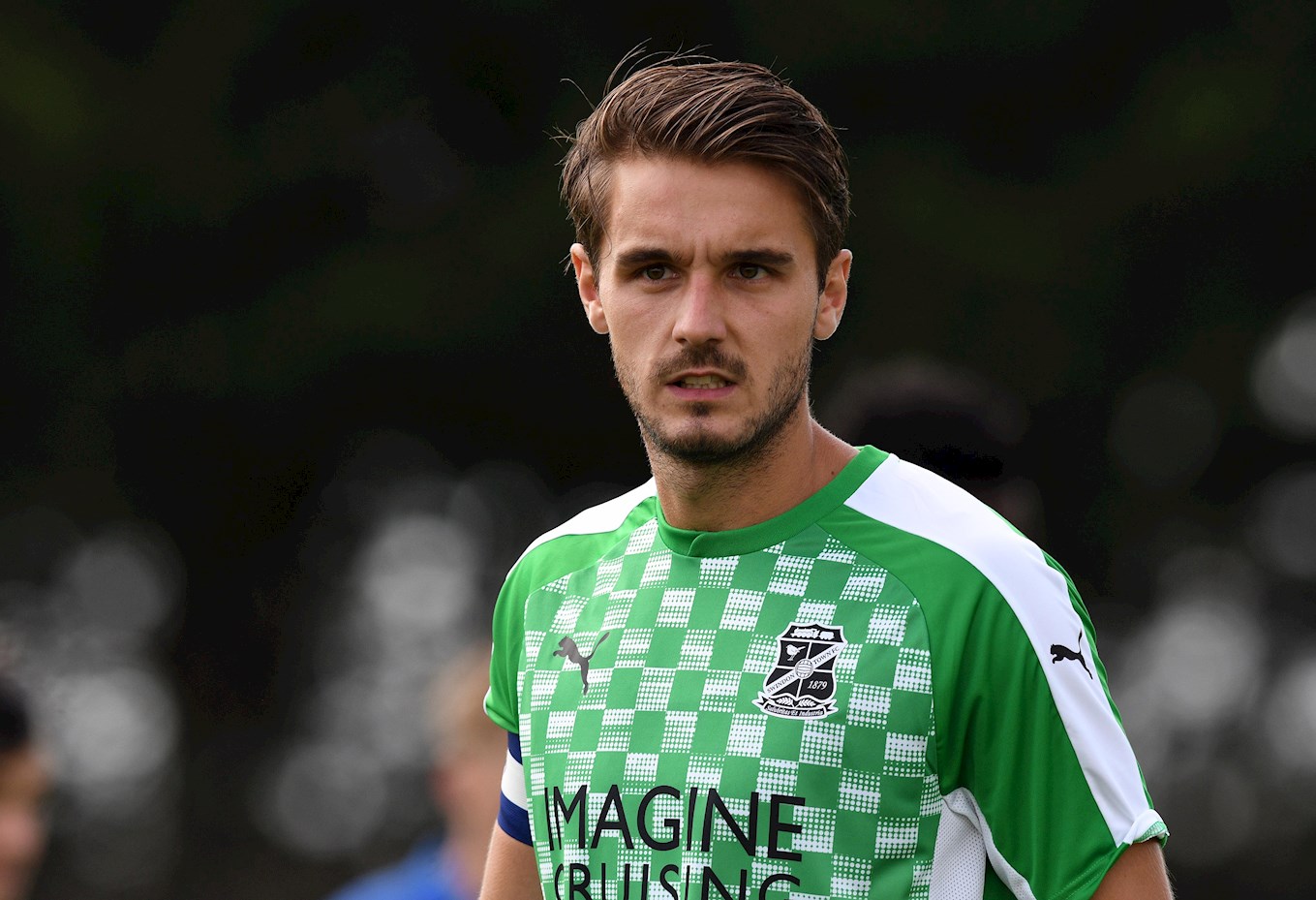 "It is just where the injury sight is because every time he plants his foot down there is a problem with it.

"We've probably got it wrong when looking at the diagnosis in terms of thinking it was a two/three week injury - it has turned out to be a lot longer than that.

"He's stayed strong and he's coming out the other side of it but it is taking a lot longer than we certainly anticipated."

"He is available for the weekend.

"He went home for the right reasons and supported his family, his wife and his newborn and all of that is great. 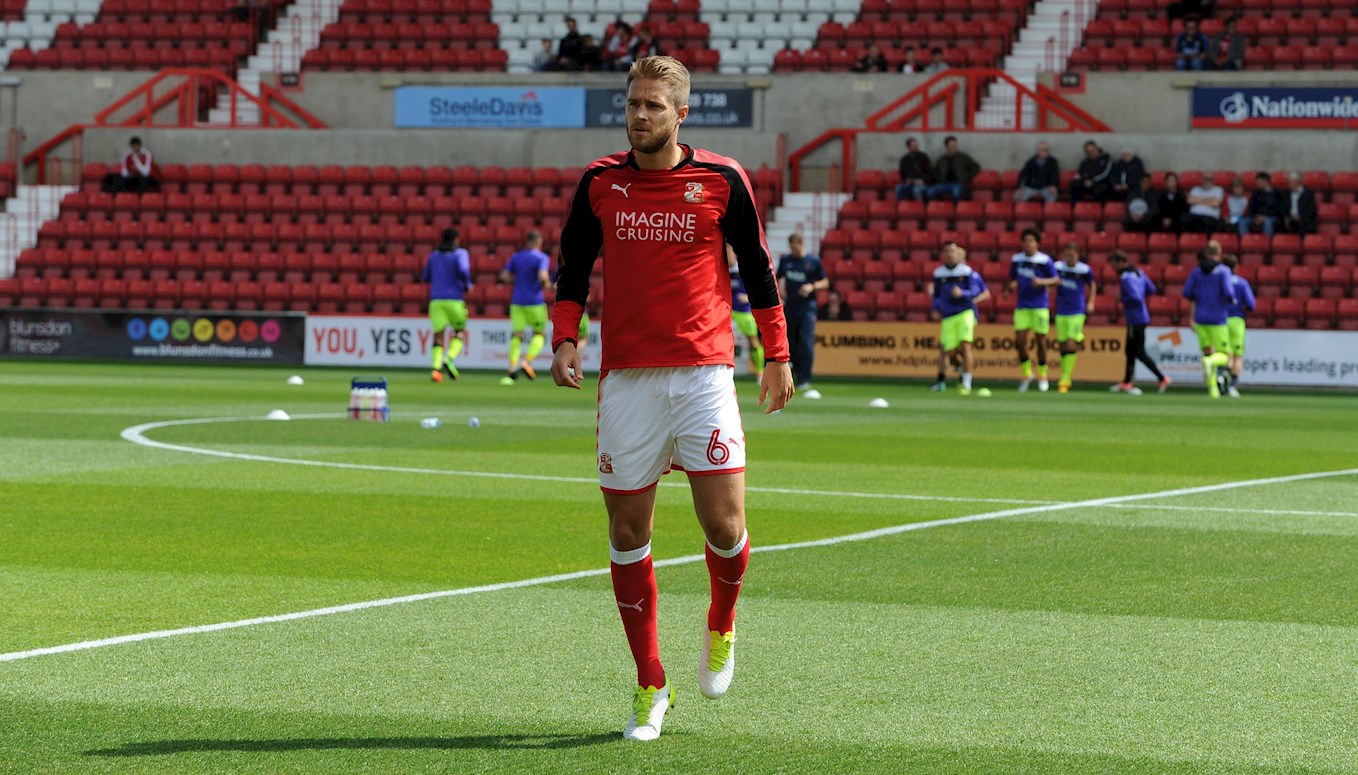 "The newborn is now settled and Olly has been a great support for his family, so he's been back training with us this week and he's nice and settled.

"He's back and we've had a good training week with him." 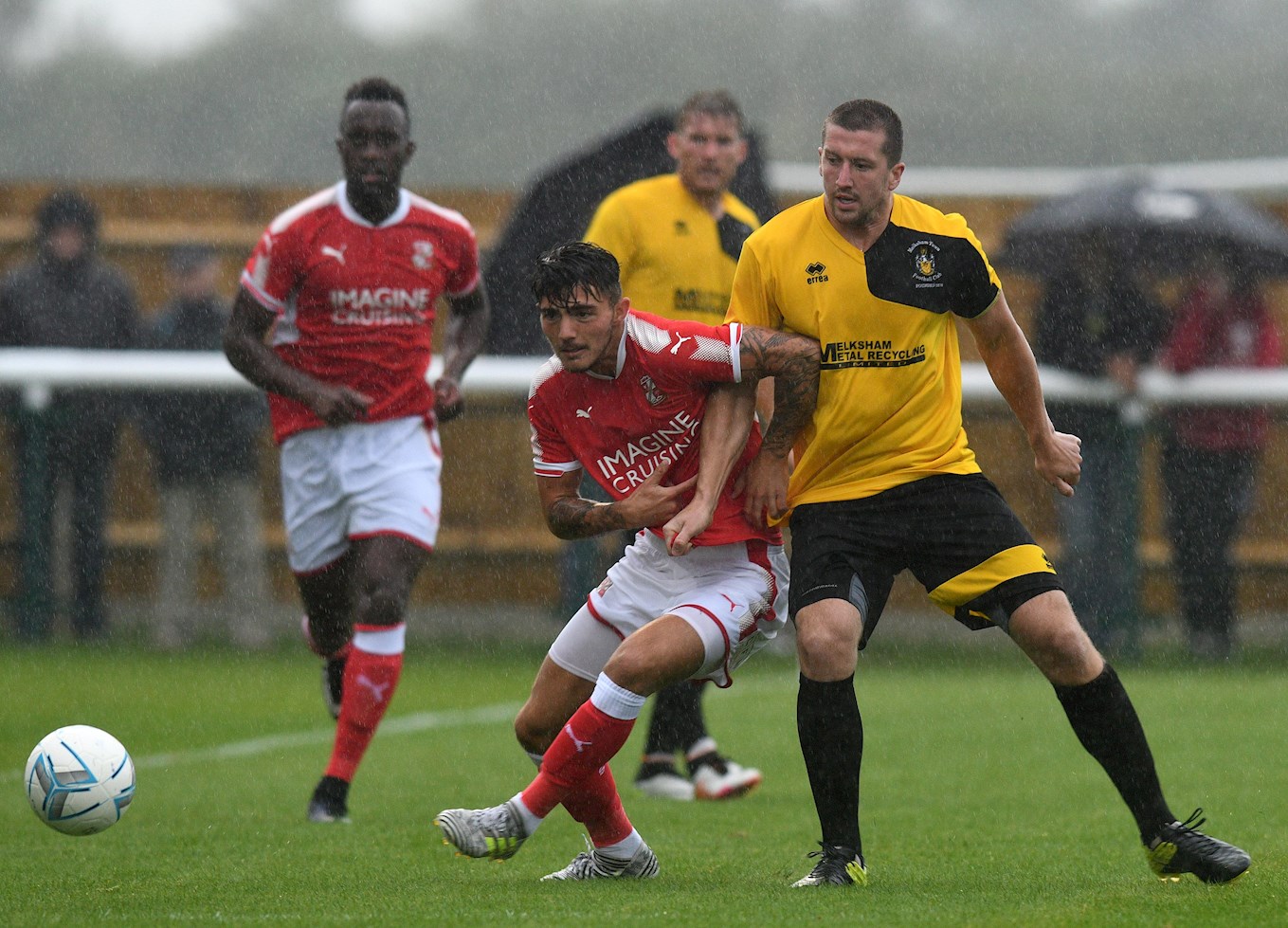 "The Jesse Starkey one has happened and we've been trying to come up with a compromise for the last few weeks now to allow Jesse to leave.

"That has been done now."

ON SCOTT TWINE HEADING OUT ON LOAN:

"Salisbury announced it but the deal hasn't been done and it has actually drawn another club out and they are probably a better fit for Scott.

"We're talking to that potential suitor to get Scott out.

"Scott is a player who will score goals for our football club in the future - I have no doubt about that. 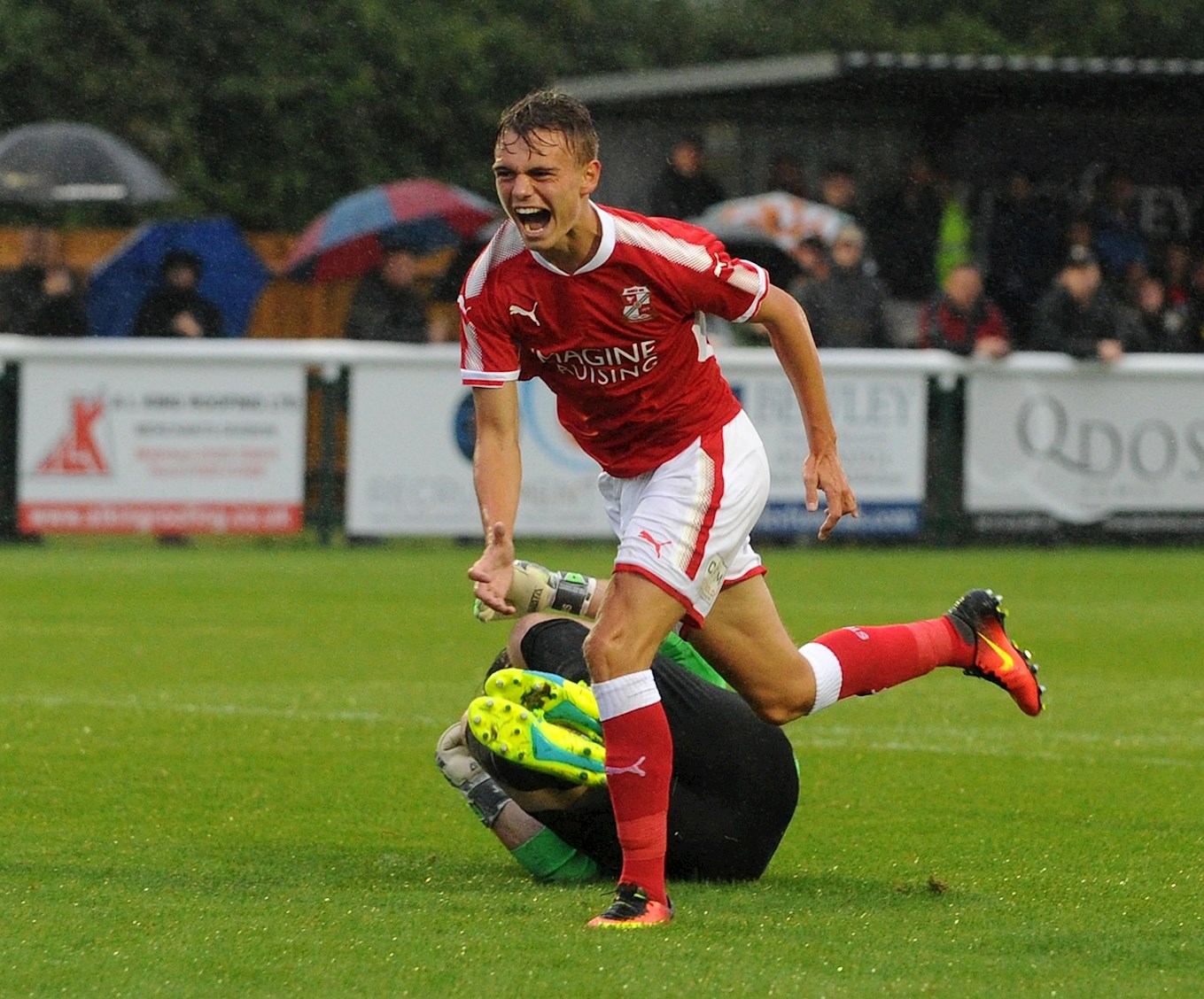 "It is quite a robust league the level we're thinking of sending him to and when he comes out the other side of it, it will be a fantastic loan spell for him.

"With no U23's and no real games programme it has been difficult to get games into all the young players, so Twiney will certainly benefit from a robust loan spell at a lower-level club."

ON LOOKING BACK AT BARNET DEFEAT AND AWAY FORM:

"You always reflect and home and away are two different concepts that we've got to think about.

"I've certainly wanted to knock teams out early doors at home but we've potentially been too front-footed and too expansive and too open.

"We've almost been like the fighter who doesn't knock you out early doors and he becomes punch drunk and knocks himself out, so we've been too expansive.

"That is something we're working on. 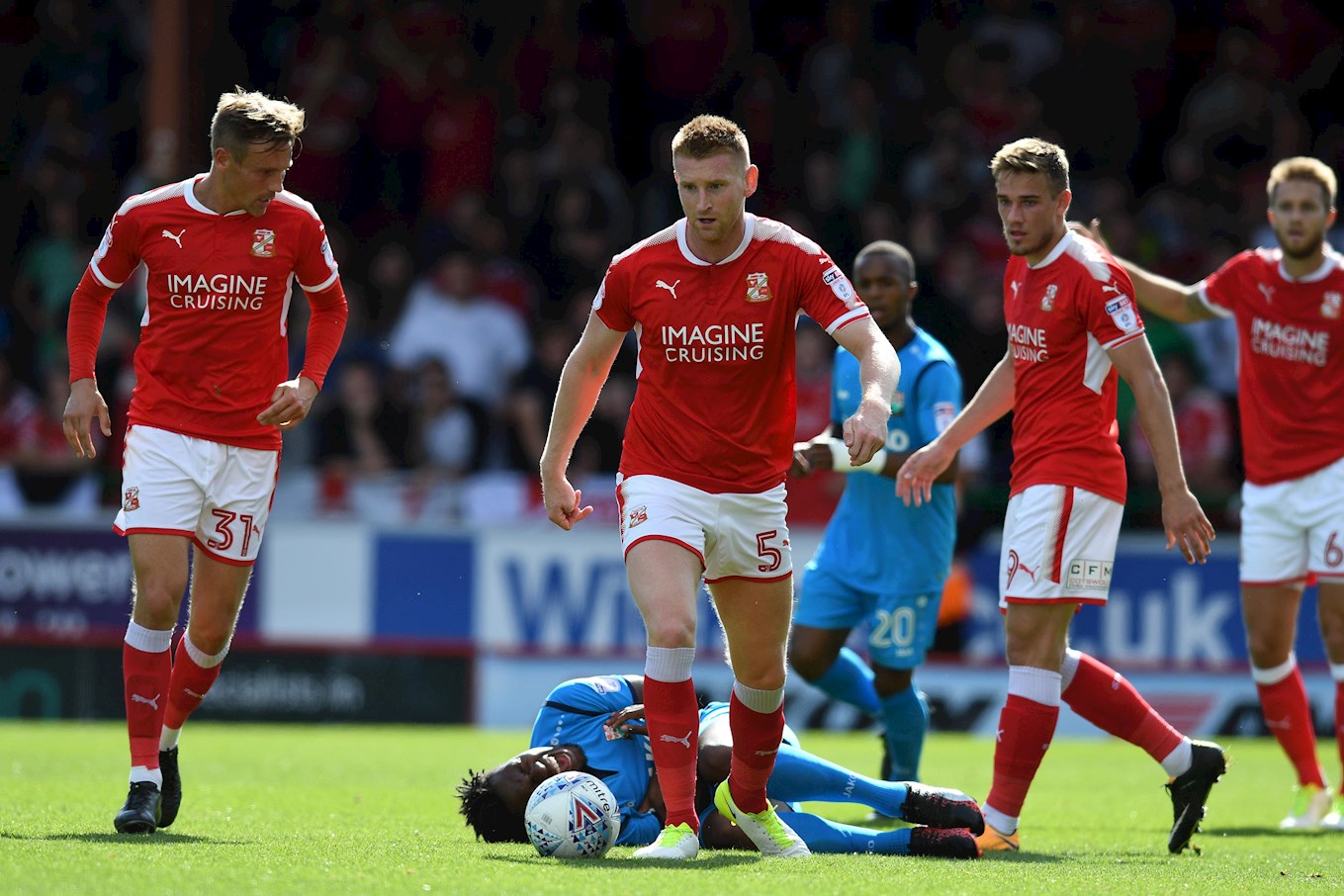 "That has given us a solid base to work from.

"I was hoping to give the fans a real energetic start and a lift in the early days but the way we try to play at home just hasn't worked yet and we just haven't found the right formula and the right players to get the right balance.

"That is my job to do and I've asked the players to and attack with that momentum but it has left us vulnerable, so that is something I've got to get right on the training ground.

"I've never been more positive that we'll be able to do that.

"Our away form has been excellent. We went to Carlisle and beat one of the fancied teams, we did a professional job up at Morecambe and we need to take that into the Luton game."

ON THE WORK DONE ON THE TRAINING GROUND THIS WEEK:

"We've just worked on that solidity and making sure that Lawrence Vigouroux and our back-four is protected by the midfield.

"We've almost been like the fighter who doesn't knock you out early doors and he becomes punch drunk and knock yourself out, so we've been too expansive. That is something we're working on."

"We've gone back to that work and it has been important. I said to the players that we are almost starting from the beginning because we've had five new players in, they were not in Portugal with us and they didn't do that work with us and they don't really know the idenitity of what it takes to win away from home for Swindon Town.

"We've put that work into them this week and we've had some posititive results on the training ground."

"It (the Barnet result) is not a head-scratcher now because we've flushed it out, we've spoken about it and I've spoken to the players.

"What I won't do is hold it against the players and we've got to work together to find the common ground to come through it.

"There has been a set-back at home but this group of players and the staff want to put it right.

"We've been working incredibly hard to do that." 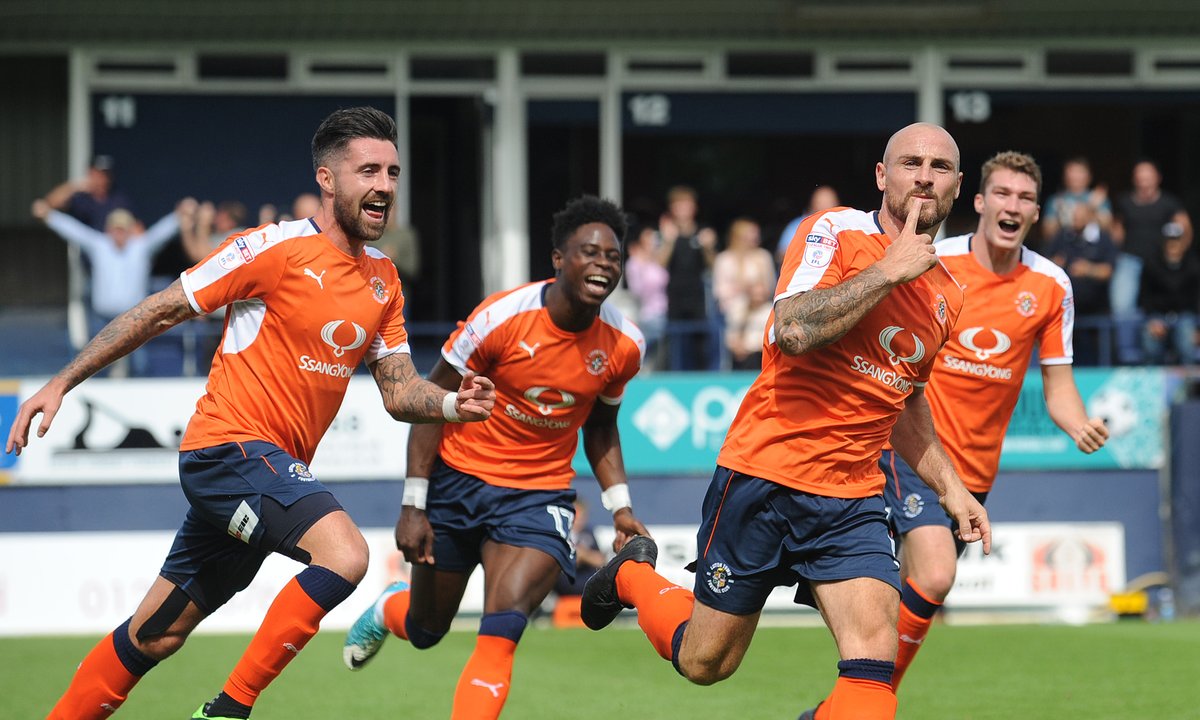 ON NATHAN JONES AND LUTON TOWN:

"They've had nearly two years of work building towards where they are now and they've got a very experienced team.

"Nathan (Jones) has been there a good time now and he's spent a good chunk organising the infrastructure, making sure that he's learnt from not going up last season and he's gone for the very best and the most experienced players in this league in terms of Alan McCormack and the striker.

"He's really gone for an experienced group of players to make good decisions out on the pitch.

"When you've got the two strikers, James Collins and Danny Hylton, who are top, top performers at this level then you are going to score goals and create chances.

"That is what Nathan has been able to do over a massive period of time. 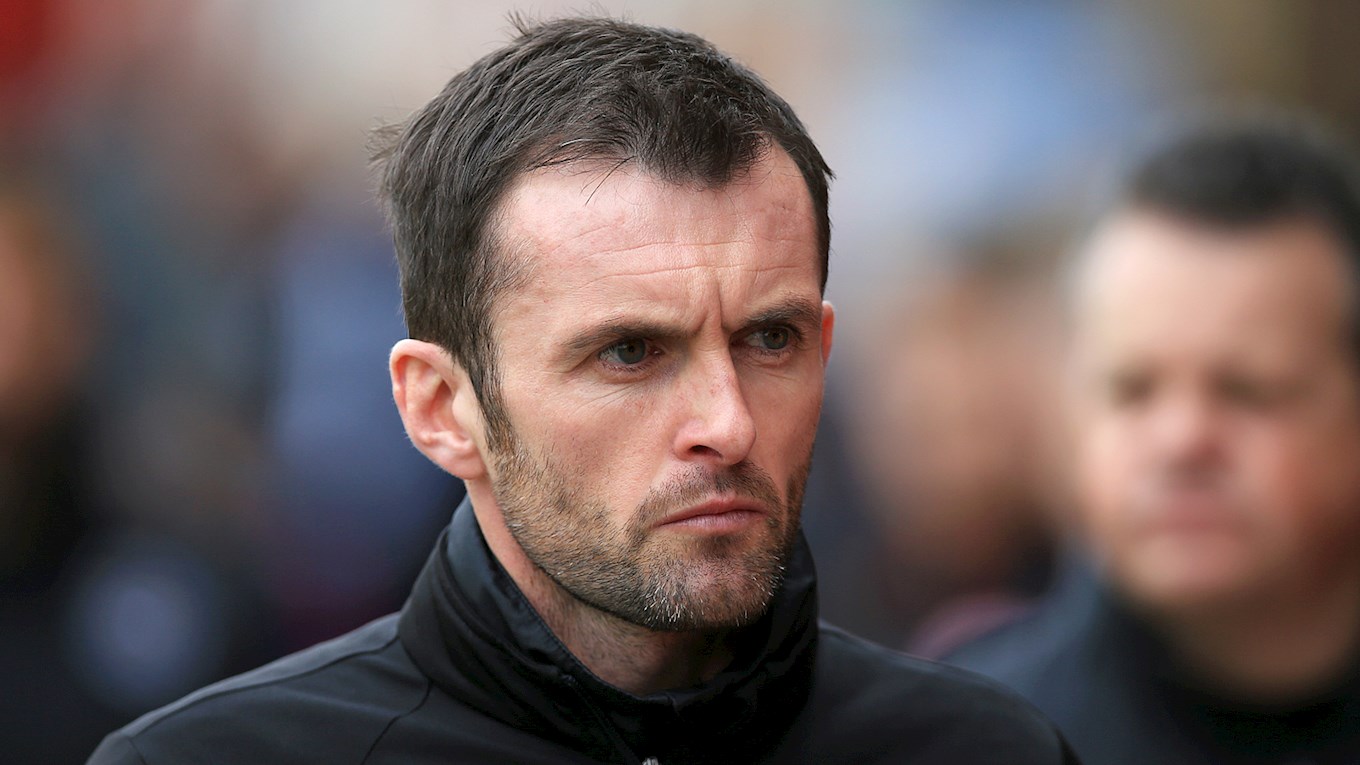 "I have known Nathan for a long time, I was on my A License with him and he's a football thinker and he's very ambitious, he wants to progress up the ladder.

"He wants to take his time and he's a very bright coach but he's wanting to become a top, top manager.

"He's got that opportunity at Luton to be able to do that and he's trying to get them out of the league after building a very competitive squad."

ON GETTING BACK TO WINNING WAYS:

"Nobody likes getting beat once, nevermind twice at home and we have stressed to the players the importance of stopping that momentum.

"We need to come out of it and we need to start building on the positive start we've had.

"We know what we have to do and we've got to make sure the players carry out the gameplan for 95-minutes."