Swindon Town turned on the style late on to beat Forest Green Rovers 2-0 at The New Lawn in-front of the Sky cameras this evening.

Olly Lancashire and Matty Taylor both struck in the dying minutes to maintain their team's superb record on the road.

Chances were few and far between in a scrappy opening 45-minutes with Luke Norris and Paul Mullin going closest for The Reds, while Lawrence Vigouroux dealt with the odd half-chance with ease at the other end.

It was a similar story after the break with Swindon being frustrated by their hosts, although their persistence finally paid off in the closing stages of the game thanks to efforts from Lancashire and Taylor.

Town were forced into making one change with Chris Robertson replacing the injured Dion Conroy at the heart of the defence.

Dave Flitcroft opted to line his side up in a 4-2-3-1 formation once again with the in-form Luke Norris leading the line.

The Reds went into the game looking to continue their fine record on the road having risen to second in the League Two away table following just one defeat away from The County Ground. 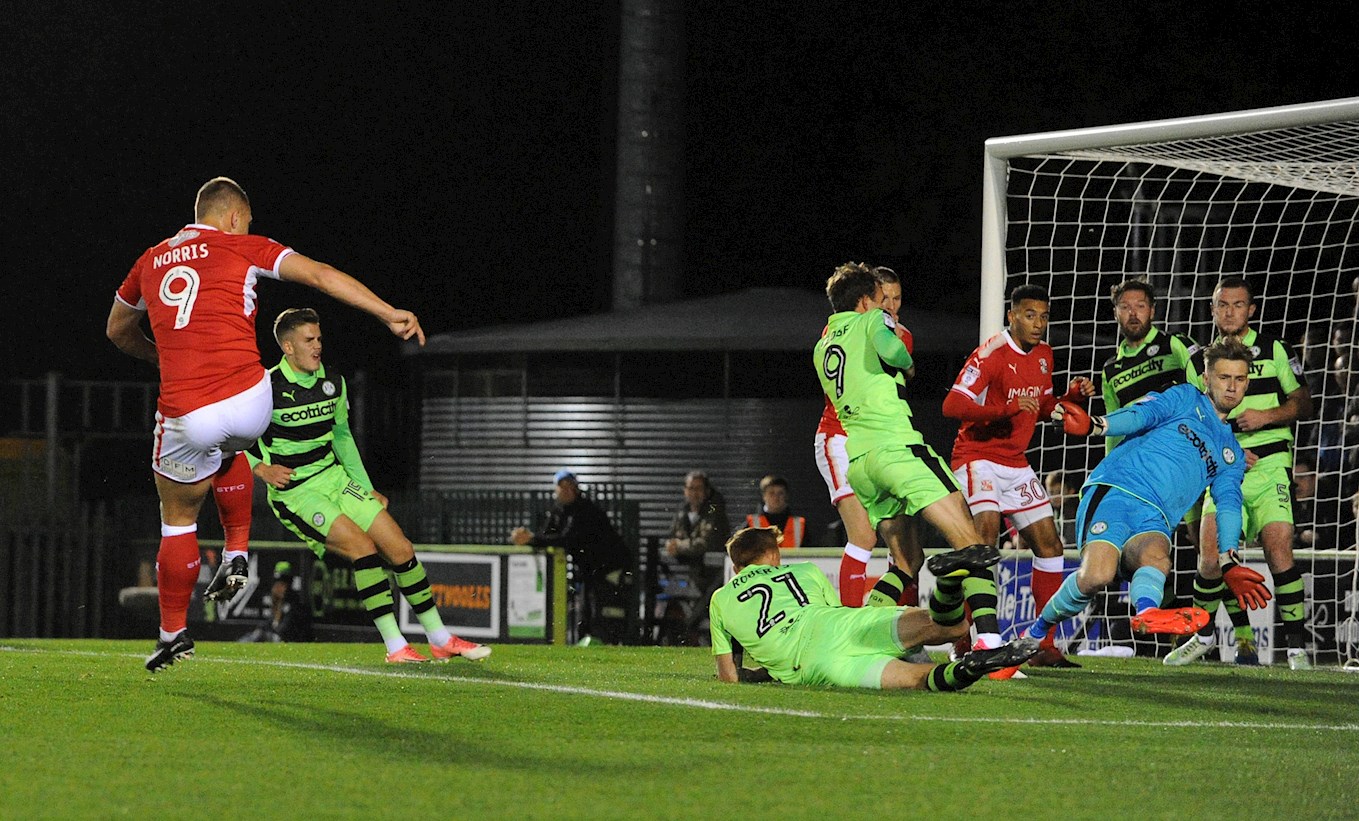 And they started brightly and were able to charge forward on a couple of occassions with the front-four looking lively early on.

It was Forest Green who carved out the first chance of the game though with Liam Noble sending a tame header straight at Lawrence Vigouroux after latching onto a Christian Doidge flick-on.

Swindon were soon back on the attack though and they were a whisker away from taking the lead with just twelve-minutes on the clock, Norris seeing his firm drive blocked just in-front of the line.

There was a frantic pace to proceedings and Rovers began to enjoy a spell of pressure with Toni Gomes seeing his attempted shot blocked, before the on-loan Liverpool attacker sent a deflected effort into the chest of Vigouroux.

The game then became scrappy with both teams battling well in the middle of the park as the scores remained level.

Paul Mullin tried his best to break the deadlock bang on the half-hour mark, but his curled effort dropped just wide of the post.

Mark Roberts was unable to get a clean connection on a free header at the other end, while Town went close as Mullin saw his goalbound effort blocked on the line by Roberts.

Kellan Gordon, who had picked out Mullin just moments before, then saw his thunderous drive deflected inches past the far post as The Reds tried their best to take the lead.

Timi Elsnik decided to try his luck from 25-yards but his shot went high and wide and that proved to be the final action of a tight and cagey first-half.

There was an explosive start after the interval with Gomes leathering a shot straight into the arms of Vigouroux, while Town carved out the best chances of the game at the other end.

Elsnik produced a sublime pass to put Norris clean through on goal but he was denied one-on-one by Collins, before the keeper did well to then keep out Keshi Anderson's shot on the follow-up. 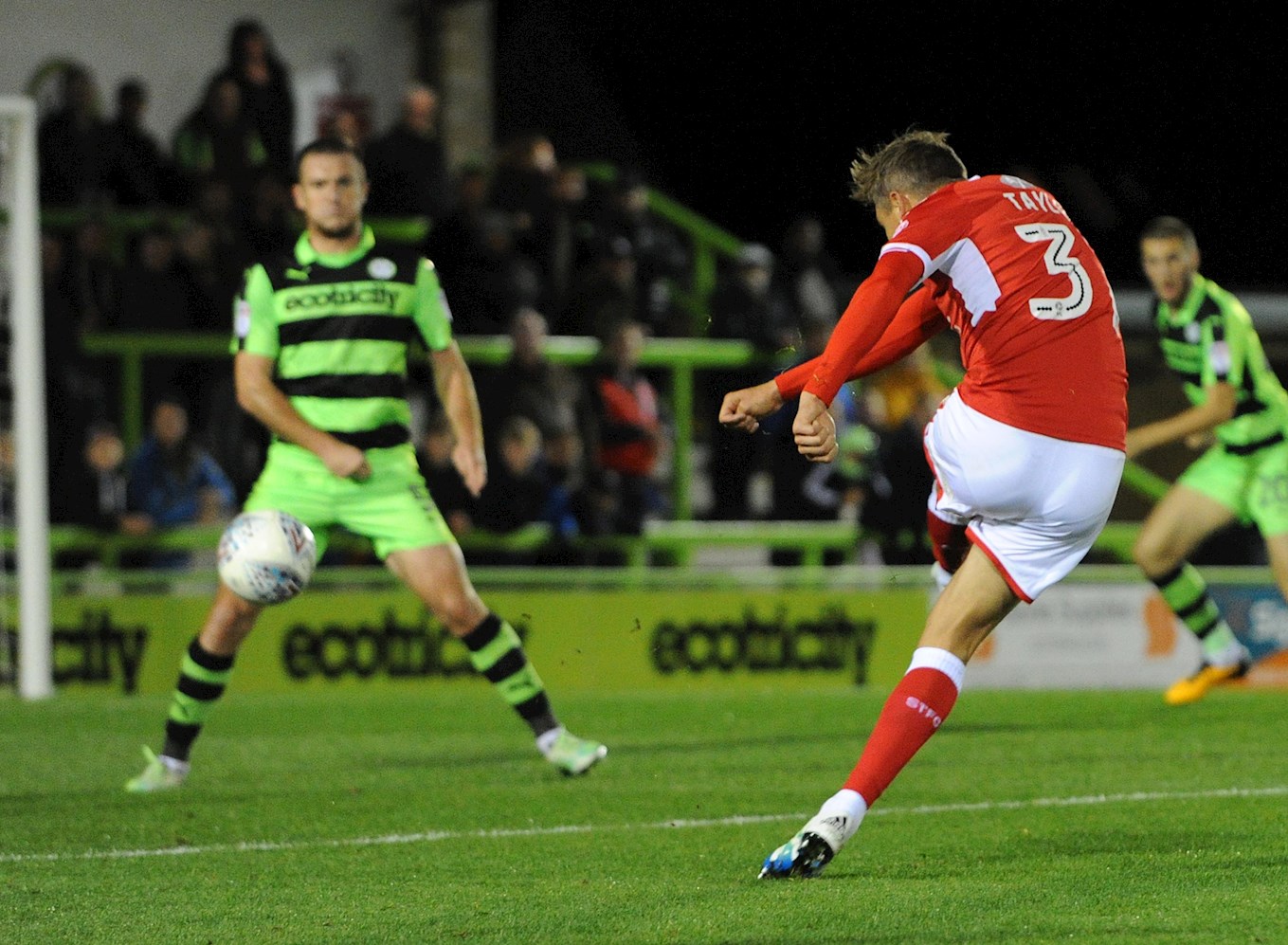 The chances kept on coming as the two teams were looking to flex their attacking muscles with Noble sending a free-kick over the bar, while Norris could only flash a shot wide after pouncing on a mistake.

Town then opted to make a change in a bid to freshen up their attack with Kaiyne Woolery coming on to replace Gordon.

However, both sides were struggling to stamp their mark on proceedings and chances were becoming hard to come by in the closing stages.

Hussey could only fire a free-kick way over the bar and he was replaced by Matty Taylor shortly after due to injury.

Forest Green were struggling to take their chances too with Doidge only able to roll a tame effort straight at Vigouroux.

In one final roll of the dice, Town opted to change things up with Harry Smith replacing Norris up top. 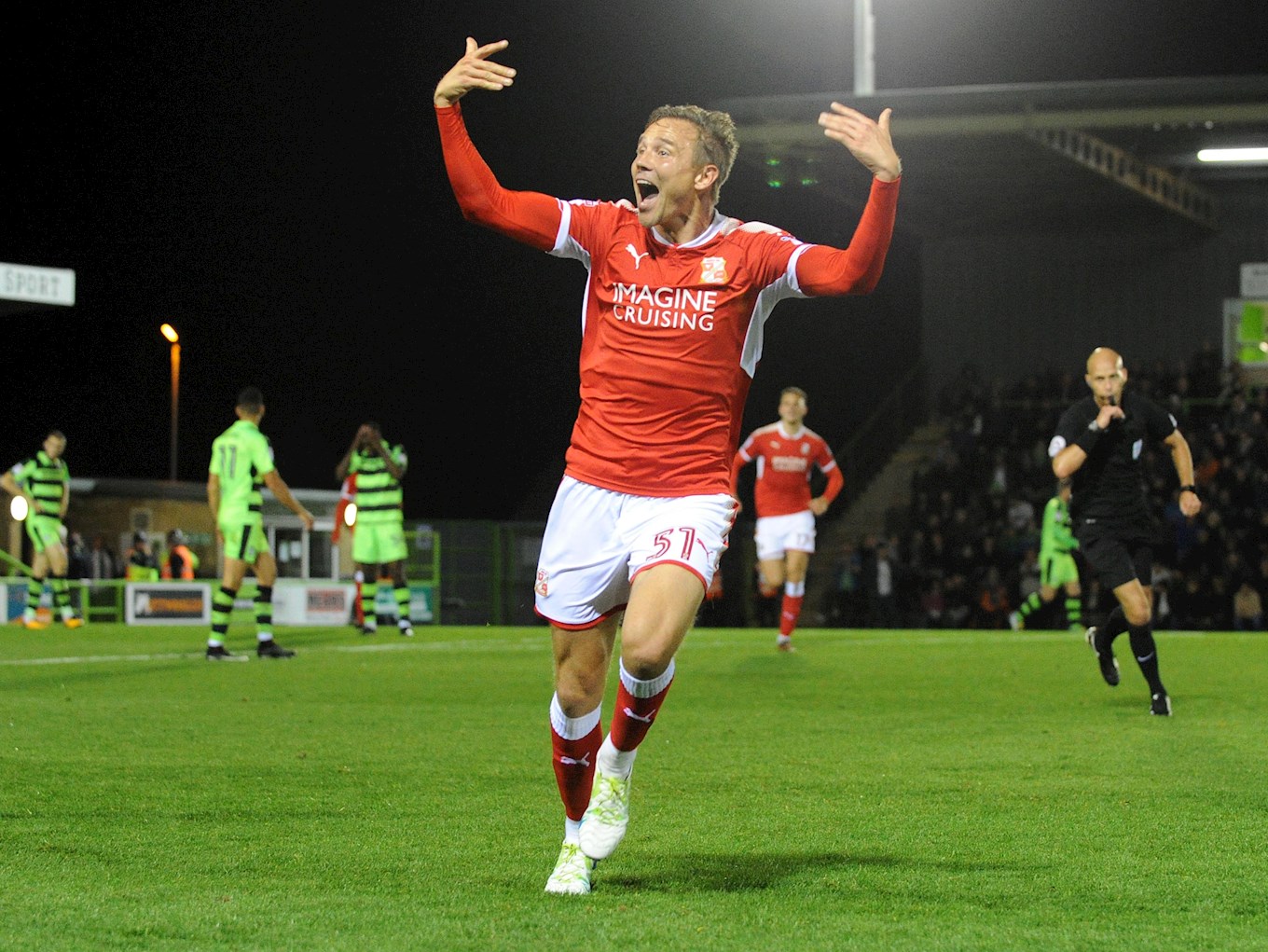 Anderson looked to have been played through by Lancashire but his shot was blocked, although it was from the resulting corner that the first goal arrived.

Taylor, who had only been on a matter of minutes, whipped in a dangerous ball and Lancashire was able to bundle home the opener.

It only got better for Town too as Taylor continued his 'Super-Sub' act in the dying minutes, lashing home a superb drive from distance to wrap up the points for his side.