Swindon Town returned to winning ways in emphatic fashion after romping to a comfortable 3-0 victory away at Luton Town in the Sky Bet League Two today.

Luke Norris was on target with his first-half penalty and strikes from Chris Hussey and Paul Mullin after the interval made it another away day to remember.

After soaking up some early pressure, Town played the waiting game and it certainly paid off as Norris' fourth goal of the campaign handed his side a half-time lead.

With the hosts down to ten men following Scott Cuthbert's dismissal, the Reds ran riot in the second-half and they wrapped up a much-welcome three points thanks to a Hussey stunner and a close-range finish from Paul Mullin.

Looking to bounce back from two straight defeats, Dave Flitcroft opted to make four changes from the side that suffered a 4-1 loss to Barnet last weekend.

The suspended Donal McDermott missed out while Chris Robertson, Matty Taylor and Amine Linganzi all dropped to the bench.

Dion Conroy came in to partner Olly Lancashire at the heart of the defence, while Paul Mullin and Kaiyne Woolery took their place either side of Keshi Anderson to form a three-pronged attack behind lone striker Luke Norris.

James Dunne and Timi Elsnik were tasked with providing a shield in-front of the back-four as the Reds lined-up in a 4-2-3-1 formation. 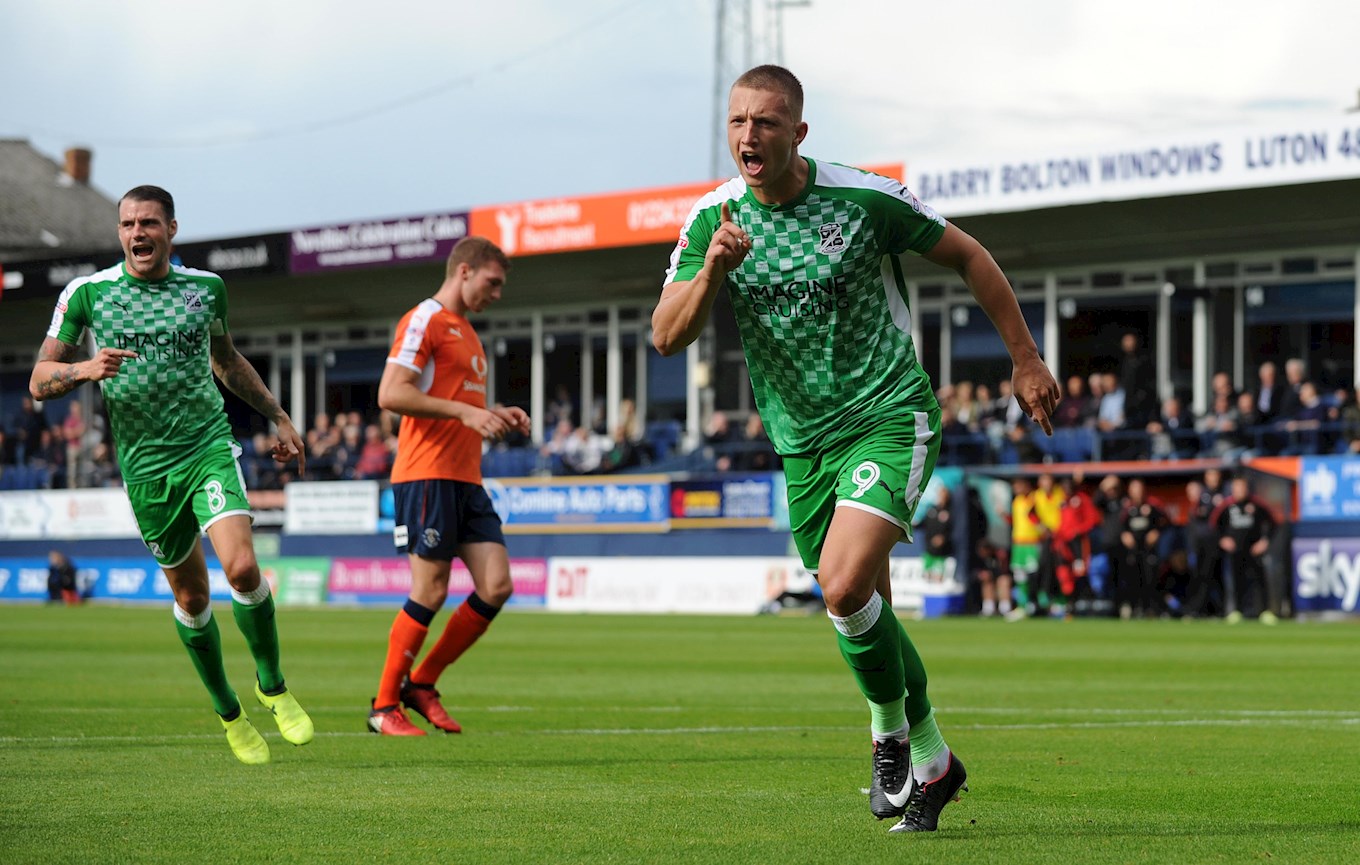 Town were out to return to winning ways but they had to survive a couple of early scares with Olly Lee scuffing an effort straight at Lawrence Vigouroux after latching onto Jack Stacey's cross.

Danny Hylton was then unable to connect with Dan Potts' dangerous ball into the penalty area, while Paul Mullin had appeals for a penalty waved away at the other end.

Town were coping with the pressure well though and they had a sight of goal themselves with Lancashire glancing a header wide from Chris Hussey's free-kick.

Chances were few and far between in a tightly contested first-half with both sides doing a good job of cancelling each other out.

However, the game soon exploded into life and it wasn't long before the first goal of the afternoon arrived.

Moments after Potts had sent a volley over the bar from Stacey's cut-back, Town were awarded a penalty with Scott Cuthbert shown a straight red card for a foul inside the box.

Norris made no mistake from twelve-yards to claim his fourth goal of the season and give his side a valuable lead on the road. 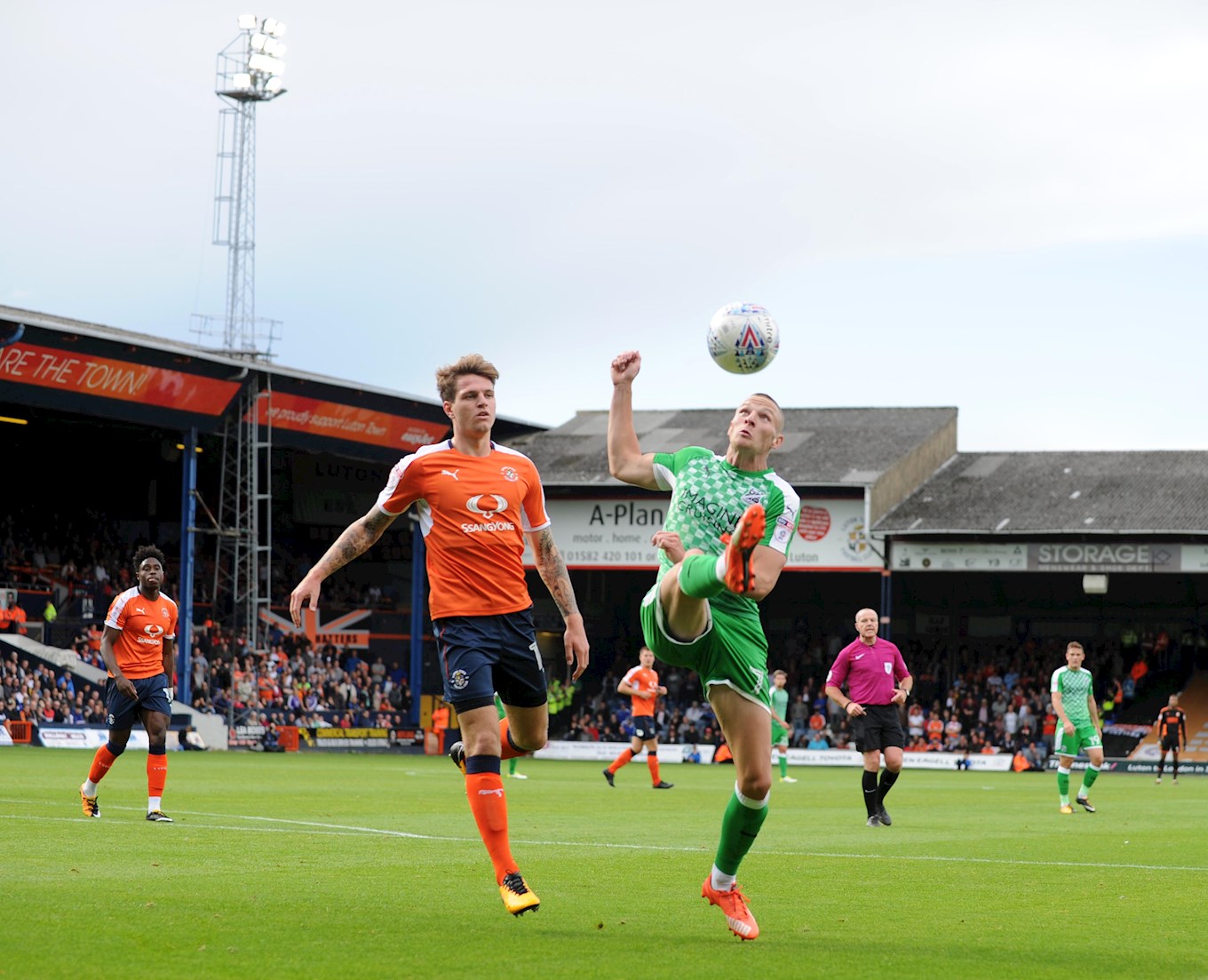 Both Woolery and Alan McCormack saw drives from distance deflected behind as a frantic finish to the first-half saw Town take a slender advantage in at the break.

The Reds have been superb on the road so far this season and they moved closer to extending their 100% record on the road in the league minutes into the second-half thanks to a moment of magic.

Hussey managed to beat his man before bending a stunning strike into the corner from 18-yards out to put his side firmly in the driving seat.

Mullin then saw two headers in quick succession saved by Marek Stech as Town looked to kill the game off.

But the forward would not be kept out for long and he put the Reds in cruise control just past the hour mark, connecting with Norris' cross before hammering home at the back post.

Town then opted to shore things up by replacing Norris with Matty Taylor, who slotted into midfield.

With time running out, the visitors were just happy to sit back and see the game out with the final whistle in sight.

Luke Berry warmed the gloves of Vigouroux with a tame free-kick, while Mullin sent a drive straight at Stech at the other end. 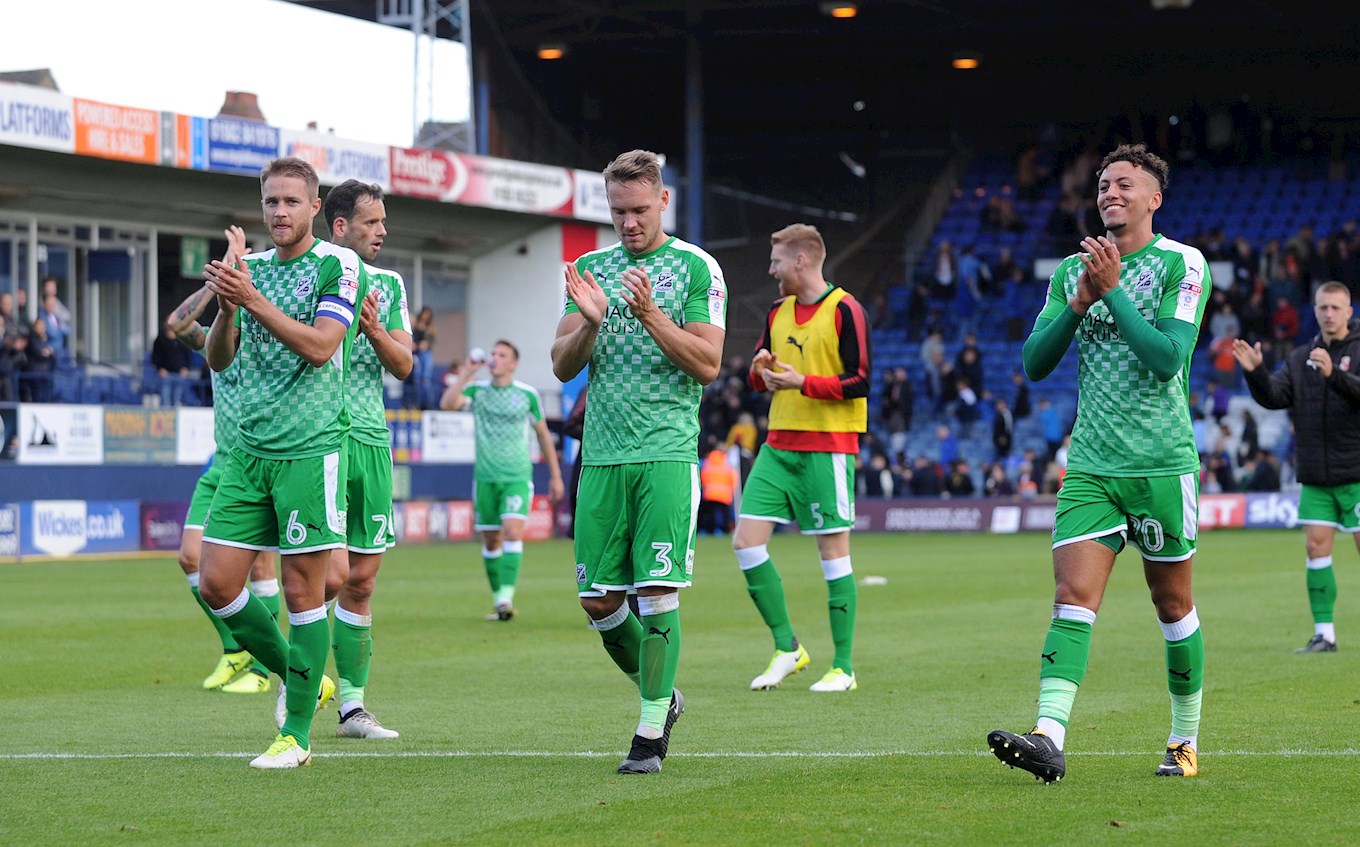 Town then opted to freshen things up by bringing on Kellan Gordon for his Swindon debut, with Anderson the man making way.

Vigouroux did well to punch away Sheehan's dangerous free-kick before Amine Linganzi replaced Woolery in the Reds' third and final change of the game.

And there was to be no more drama with Town seeing out the rest of the game with ease to bounce back in fine style.