Swindon Town suffered a rare defeat on the road this evening after slipping to a 1-0 reverse to Notts County at Meadow Lane.

Jon Stead's first-half penalty was the difference at the interval and it proved to be the winner despite the Reds' best efforts.

Both sides flexed their attacking muscles in an entertaining opening 45-minutes, but it was the hosts who struck first thanks to Stead's effort from twelve-yards.

Town huffed and puffed in the second-half but they were unable to make the breakthrough and salvage anything from the game on a frustrating night.

Dave Flitcroft plumped for just the one change from the side that cruised to a comfortable 3-0 victory away at Luton Town at the weekend.

Matty Taylor replaced James Dunne, who missed out through illness, in a holding midfield role alongside Timi Elsnik with The Reds once again lining up in a 4-2-3-1 formation.

With a 100% record on the road in League Two, Town were on the lookout for a second straight win in a matter of days.

And it was the visitors who carved out the first chance of the game as Olly Lancashire's free-kick found its way to Keshi Anderson inside the box via Luke Norris, but the striker's volley was straight at Adam Collin in the County goal.

Dion Conroy had to be alert at the other end to put a stop to a dangerous-looking attack, while Anderson saw his cross loop into the arms of Collin as both sides looked to land the first blow of the night.

There were chances being created in either penalty area in a fiercely competitive first-half with Norris glancing a header just wide from a pinpoint Ben Purkiss cross, before Lewis Alessandra went close with a rasping drive which whistled past the post from 20-yards.

Carl Dickinson then planted a free-kick from 25-yards against the outside of the post with torrential rain beginning to fall in Nottingham. 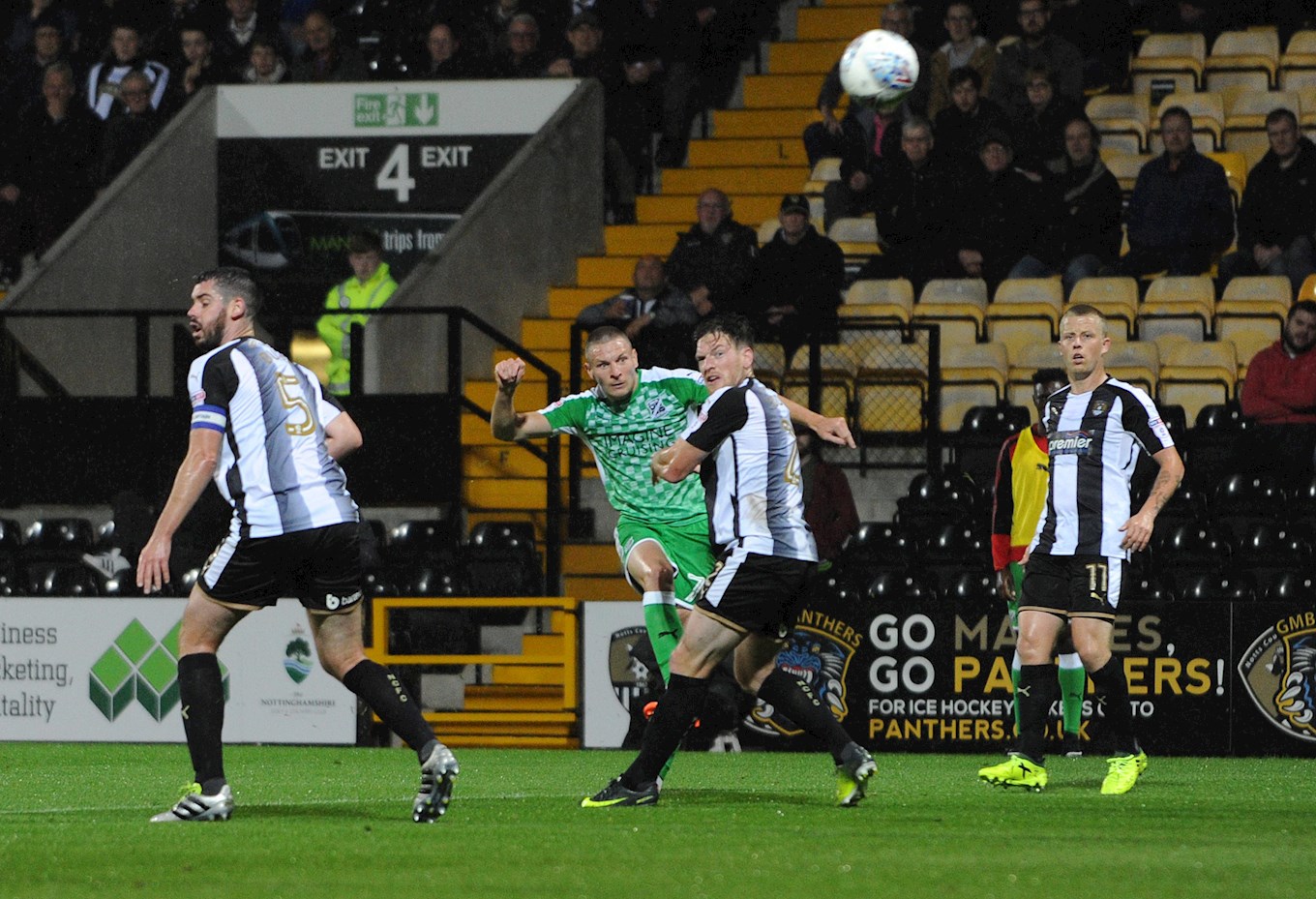 The home side were starting to enjoy a spell of pressure although they were unable to make the most of it with Jon Stead skewing a volley wide after connecting with Matt Tootle's fizzing cross.

Town were having their moments too but they were also being kept at bay with Paul Mullin seeing his shot from the edge of the area gathered by Collin.

After plenty of probing, the first goal of the night arrived just past the half-hour mak but it went the way of County.

Lancashire was adjudged to have brought down Stead inside the box and the striker dusted himself off to send Lawrence Vigouroux the wrong way from the penalty spot.

The action dried up in the closing stages of the half and Town went in at the break knowing they had plenty to do in the second-half.

In order to do that they made a change at the interval with Kellan Gordon replacing Kaiyne Woolery.

And it was the visitors who flexed their attacking muscles first in the second-half with Norris flicking a header wide from Anderson's cross. 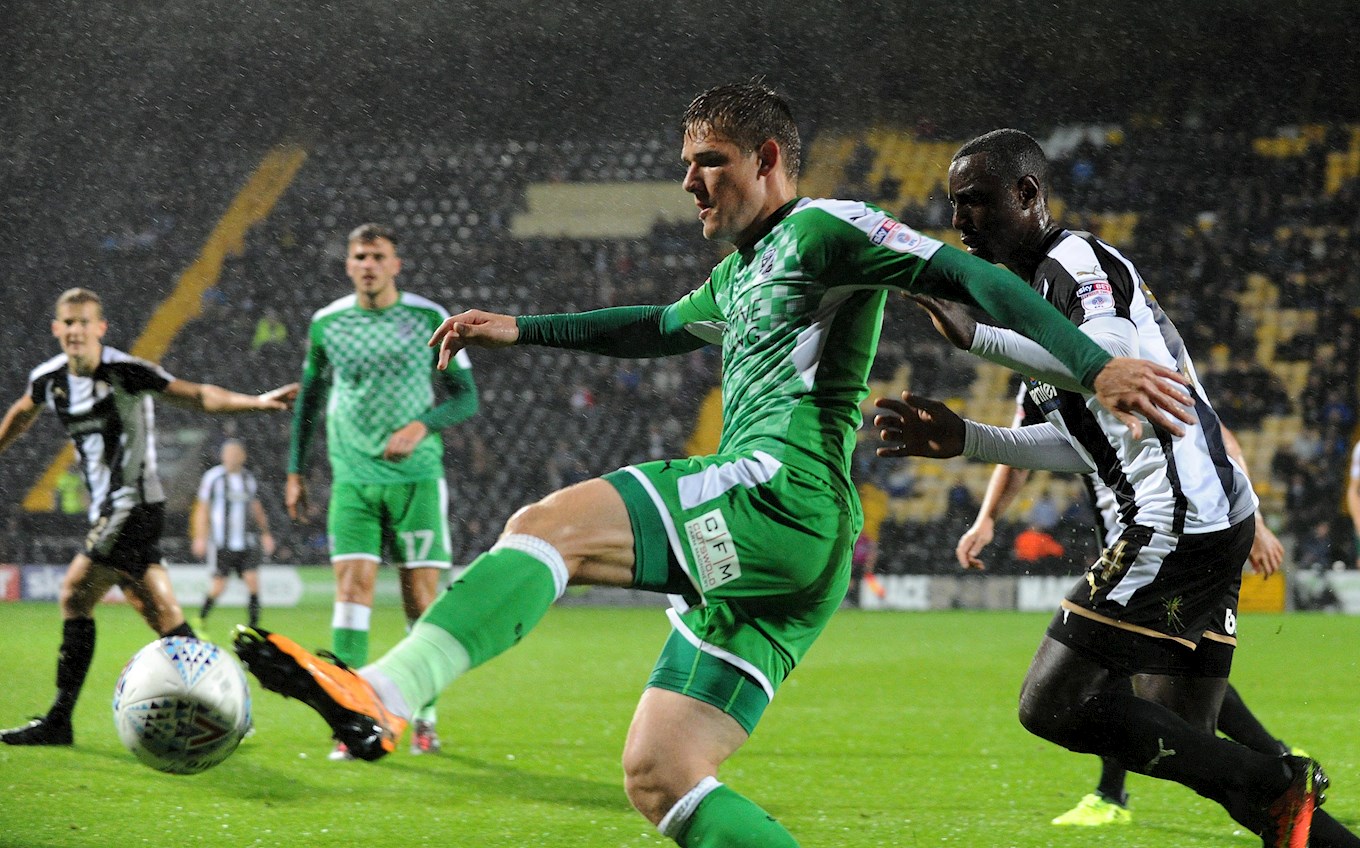 Town were left to breathe a sigh of relief moments later though as Alessandra beat Vigouroux to a long punt downfield, although his header dropped wide of the post.

Timi Elsnik then came close to restoring parity as he burst into the box but he was only able to direct his rasping drive into the side netting.

It wasn't long though before the Reds had to dig deep with County applying the pressure in-front of goal.

Vigouroux got down well and produced a superb reaction save to push Jonathan Forte's stooping header away from danger, before Stead nodded over from Terry Hawkridge's cross.

In response, Town made a change with Harry Smith replacing Paul Mullin in order to add some height and power to the attack.

It nearly worked a treat too as a Hussey corner found its way to Elsnik who saw his powerful effort blocked en route to goal.

Rob Milsom then skewed an effort well wide before Town began to turn the pressure on as Hussey saw his 25-yard pile-driver tipped over the bar by Collin, before Smith could only send a header wide. 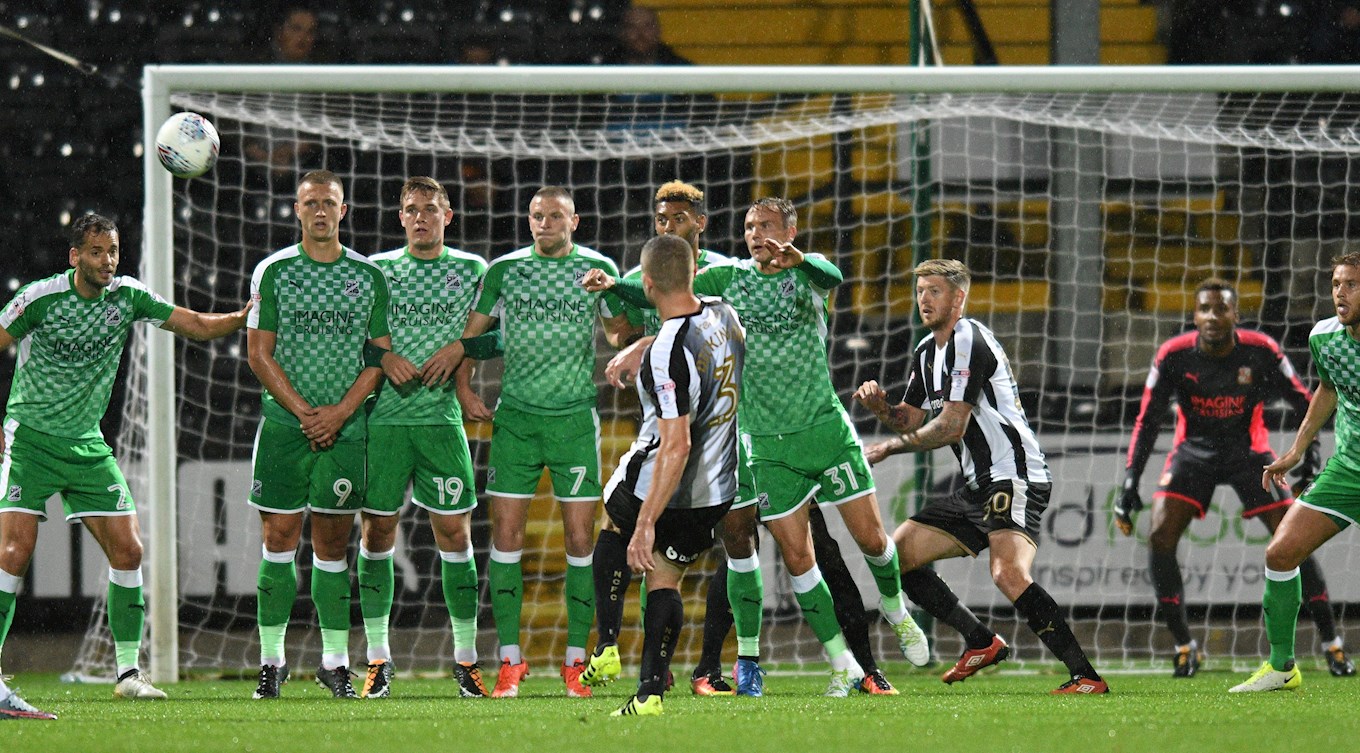 Smith tried his luck again but he was off-target once more and County, who were always a threat going foward, went close again with Alessandra seeing his shot deflected into the arms of Vigouroux.

Swindon kept on pushing for an equaliser and Smith was once again in the thick of the action, but he was denied once more with his header being tipped over the bar by Collin.

Amine Linganzi entered the action, replacing Matty Taylor, but it proved to be in vain as The Magpies held on to their lead with Gordon smashing a shot against the post in the dying seconds.