Swindon Town suffered a heavy 4-1 defeat to Barnet at The County Ground this afternoon as both sides finished the game with ten men.

Strikes from Shaquile Coulthirst and Jamal Campbell-Ryce proved to be the difference at the break with the Reds once again punished for failing to strike while the iron was hot.

Coulthirst went on to complete his treble and although Luke Norris found the back of the net, it proved to be scant consolation with Dave Flitcroft’s side suffering their second defeat on the bounce.

For the second game running, it was all one-way traffic in the opening exchanges as Town looked to land the first blow.

Keshi Anderson came close to marking his debut in style but, for the second week running, the Robins found themselves a goal down against the run of play after Coulthirst took full advantage of a lapse in concentration at the back.

It only got worse for the hosts too with Campbell-Ryce adding a second from twelve-yards, a goal which handed the Bees a comfortable cushion at the break.

Despite showing signs of promise, Town were unable to mount a comeback in the second-half and their fate was sealed when Coulthirst added two more goals to his personal tally.

Luke Norris added a late consolation but it proved to be too little too late as Barnet ran out comfortable victors.

After surrendering their unbeaten run in the league last weekend, Dave Flitcroft decided to freshen things up by making four changes.

Dion Conroy, James Dunne, Paul Mullin and Kaiyne Woolery all dropped to the bench with Chris Robertson coming in to partner Olly Lancashire at the heart of the defence, while Matty Taylor was handed his first full start for the club. 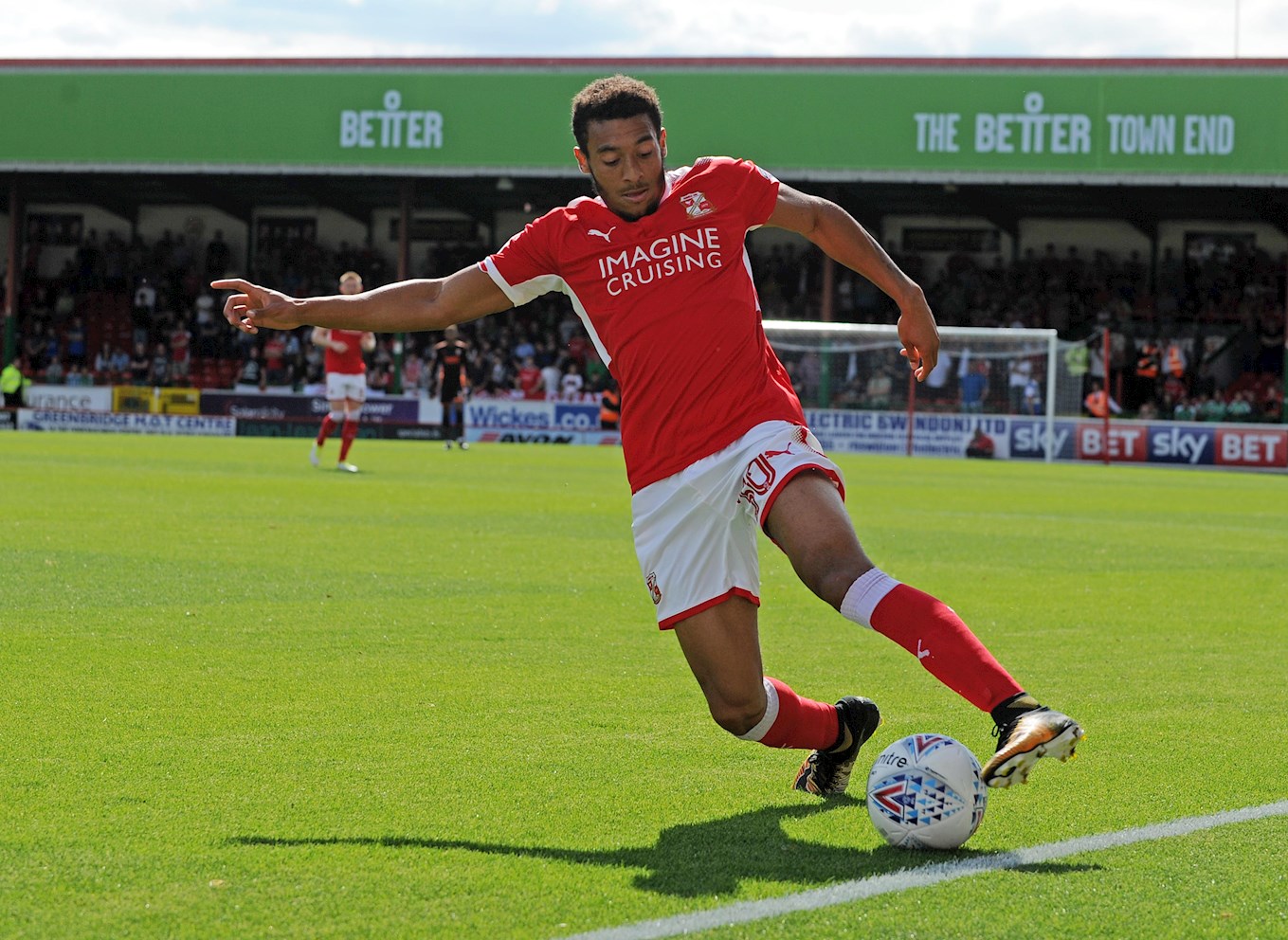 There were Town debuts for Deadline Day arrivals Timi Elsnik and Keshi Anderson, while fellow new signings Reice Charles-Cook and Kellan Gordon were named on the bench.

Anderson, on a six-month loan deal from Premier League outfit Crystal Palace, formed one part of a three-pronged attack alongside Luke Norris and Donal McDermott while Elsnik slotted into a three-man midfield with Taylor and Amine Linganzi.

Town were looking for a return to winning ways and they started off in the right manner by getting a number of early crosses into the box.

Elsnick couldn’t quite connect with a bouncing ball in the penalty area while Norris was putting himself about in a bid to unsettle the Barnet defence.

There was so nearly an opener for the hosts with just seven minutes on the clock as Linganzi’s drive rebounded into the path of Anderson who saw his close-range effort deflected over the bar.

But, as was the case in the 3-0 defeat to Crawley the previous weekend, the Reds were hit with a sucker-punch just moments later.

A mix-up at the back between Robertson and Lawrence Vigouroux presented Shaquile Coulthirst with the easiest of tap-ins to hand his side a dream start.

Vigouroux then did well to tip Almeida Santos’ glancing header over the bar, although he was powerless to prevent the visitors from adding to their lead minutes later. 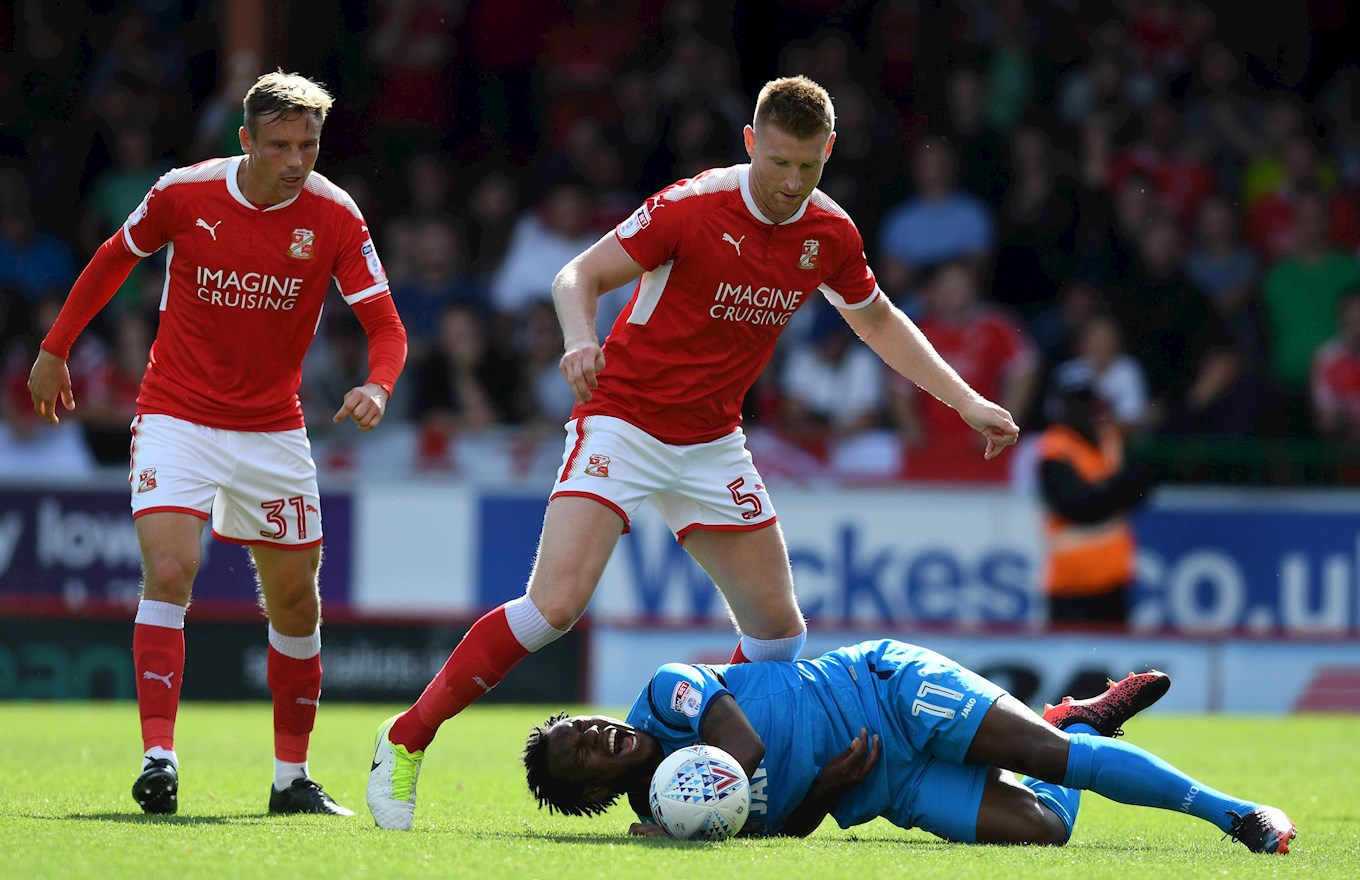 Lancashire was adjudged to have tugged on Santos’ shirt inside the box and Jamal Campbell-Ryce made no mistake from the penalty spot, slotting home beyond Vigouroux and right into the corner.

Barnet were looking dangerous every time they poured forward and Ben Purkiss had to put his body where it hurt in order to block shots from both Campbell-Ryce and David Tarpey.

Town were looking for an immediate response but their efforts proved to be in vain as Norris saw his header loop off a defender, before Chris Hussey could only send a free-kick into the Stratton Bank.

McDermott tried to make something happen for his team with a long, raking ball into the box which picked out Anderson perfectly, but the debutant could only flick a header wide.

Perhaps not surprisingly, the Reds opted to make a couple of changes at the interval with Dion Conroy and Paul Mullin replacing Olly Lancashire and Matty Taylor respectively, with the former going off due to the fact that his wife had gone into labour.

Those changes certainly seemed to work following a promising start to the second-half, but Town were dealt another hammer blow with 50-minutes on the clock after Donal McDermott was shown a straight red card for a very late challenge on David Tutonda.

However, being reduced to ten men didn’t seem to deter the Reds as they continued to look for a way back into the contest.

Craig Ross pulled off a sensational stop to somehow keep out Robertson’s header from point-blank range, while Tarpey saw his lob cannon back off the crossbar and into the arms of Vigouroux as the game all of a sudden burst into life.

Anderson warmed the palms of Ross with a well-struck shot before Conroy did well to block Coulthirst’s effort on the line at the other end.

Coulthirst and Barnet would not be denied again though and the attacker grabbed his second goal of the afternoon after being teed up by Campbell-Ryce.

Town responded by bringing on Kaiyne Woolery in place of Anderson, but their afternoon soon went from bad to worse with Coulthirst slamming home a superb strike to complete his hat-trick. 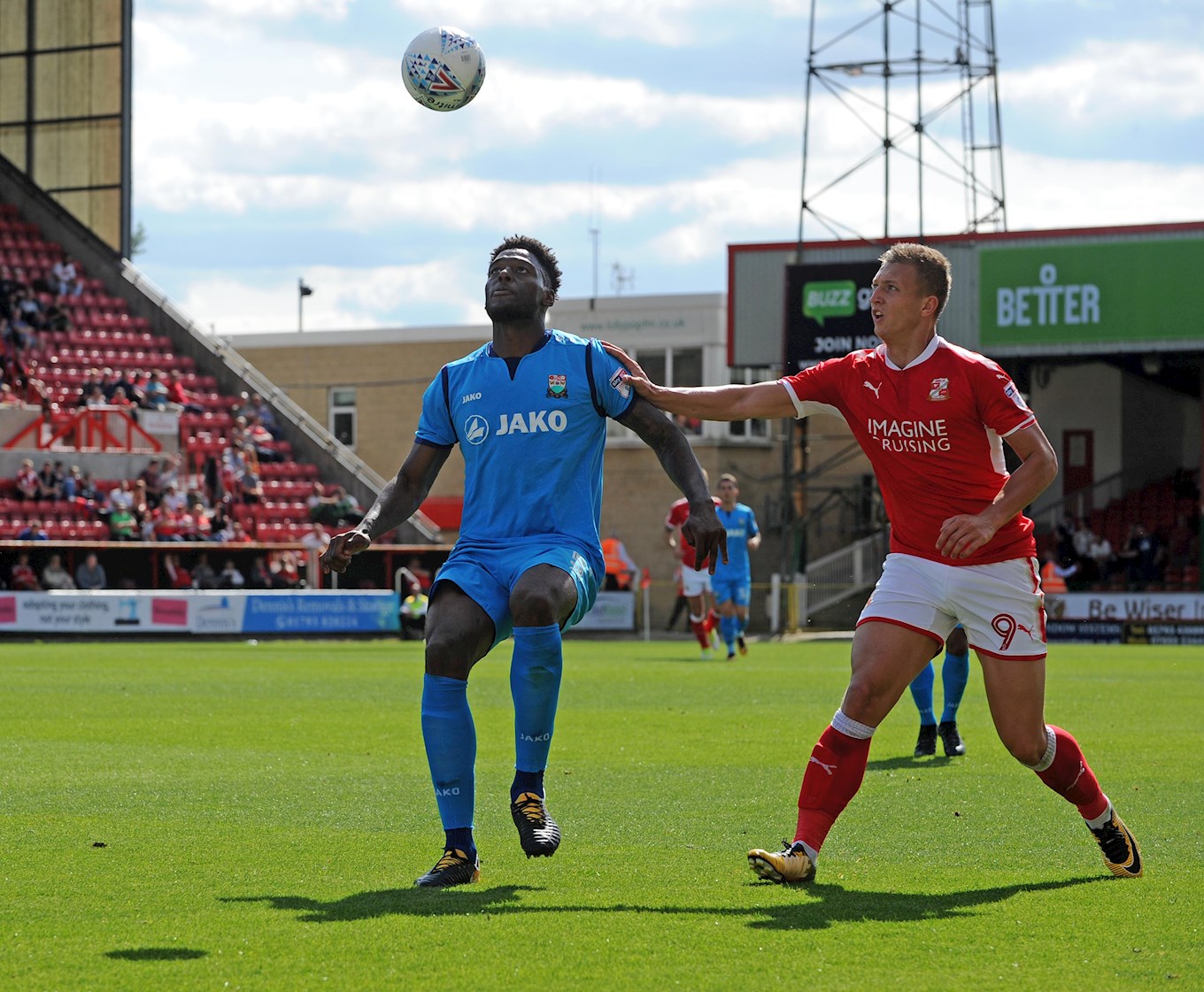 The Reds did pull one back courtesy of Norris who rose highest to head home beyond Ross after being picked out perfectly by Hussey’s sublime cross.

Barnet were then reduced to ten men themselves after Andre Blackman was given his marching orders following an off-the-ball incident with Mullin.

There were still chances being created at both ends despite time running out, with Norris sending a drive from distance straight down the throat of Ross before second-half substitute Jean Louis Akpo-Akpro flashed a shot into the side netting at the other end.

Norris had one final chance of the afternoon as he stung the palms of Ross, with the final whistle sounding shortly after to end a forgettable day for Town.