Luke Norris is on the hunt for another three points away from home tonight as Town look to make it two wins on the bounce.

The Reds have been in superb form on the road so far this season, winning their opening three away league games, and Norris is hoping for more of the same this evening.

"Hopefully we can get something tonight and then it will put us in good stead for Saturday.

"We seem to be more resolute, we're a lot stronger at the back and we're scoring goals away from home, but it is something we need to start doing at home. 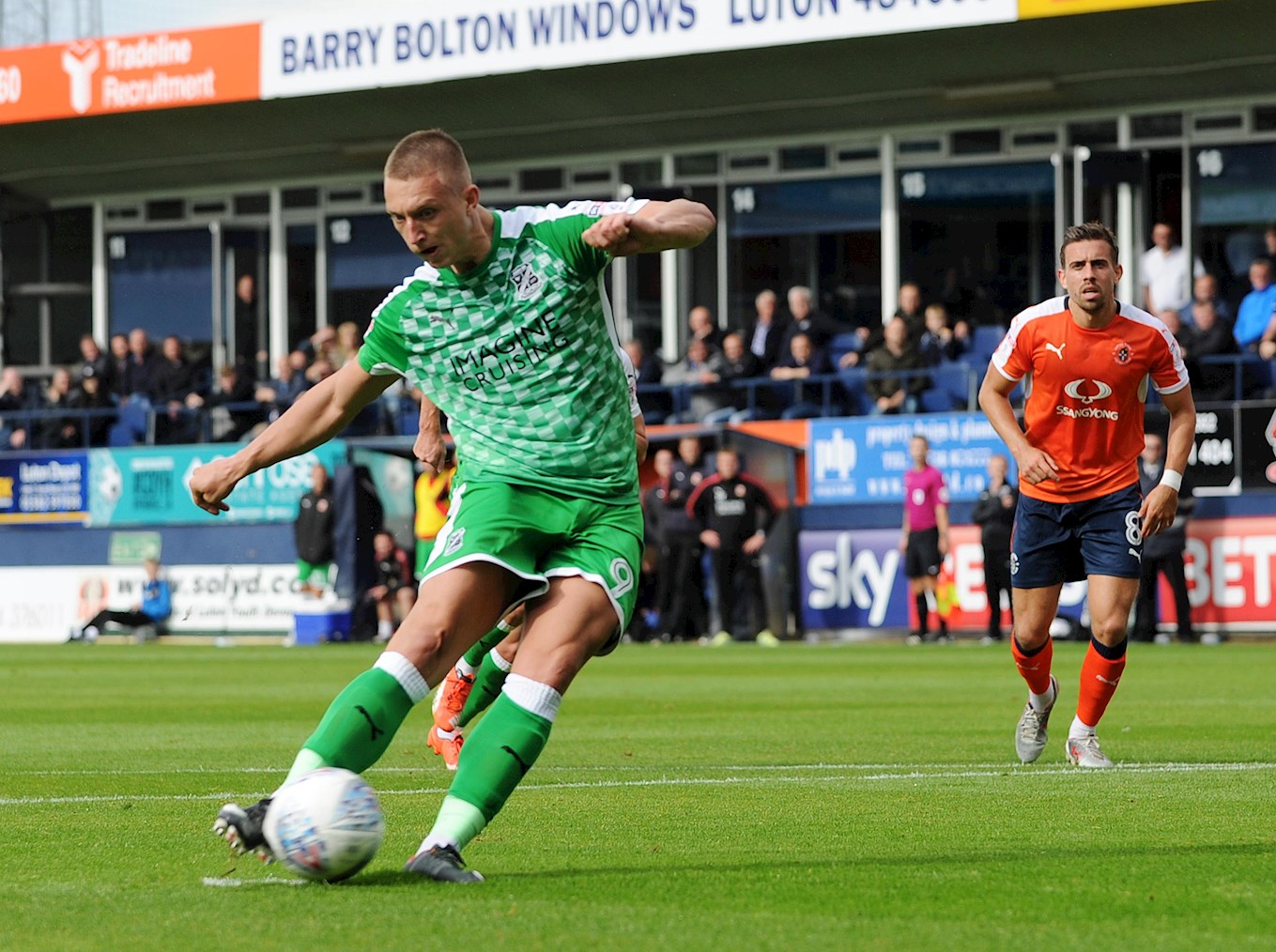 "It is good for us to win our away games because it gives us a good chance of pushing up the table and getting points on the board.

"We're all fit and raring to go for Tuesday."

Norris also reflected on Saturday's superb win at Luton and his and Paul Mullin's fine goalscoring start to the season.

"It is what we needed coming off the back of two bad results and it was very good to do it away, especially at a club like Luton who are one of the favourites.

"It was a much-needed and very professional performance.

"We executed our game-plan perfectly and obviously the penalty and ten men plays a massive part in the game, but I felt we were comfortable and we were frustrating them and hitting them on the counter.

"It has been a good start for me personally with four goals and I'm just hoping to kick on now and get a few more.

"Mulls has come in, he's done really well for us, we get on really well on and off the pitch and I'm sure he'll return the favour later on in the season.

"As long as one of us keeps scoring and we keep on winning then that's the main thing."