Lawrence Vigouroux was our cover star in Saturday's edition of Red Review and you can read the feature-length interview in full right here...

Let's start with our 3-0 win at Luton Town last weekend, it was a brilliant performance and just what we needed, wasn't it?
We had a game-plan going into the game, we stuck to it and in the end everything we did on the training ground bared fruit and we were happy to come away with three points. Losing back-to-back games at home meant that we knew we had to make a statement and there was no better place to do it than at Luton. We can really be proud of what we did and we've got to go into today's game raring to go now. The most important thing for us is to keep going.
Our form on the road has been superb so far this season, so what do you think that comes down to? What's the secret?
I don't think there's anything special but the most important thing for us is to embrace the support. The fans at home are desperate for us to do well and we can't get too carried away with that, we've got to keep our heads down and focus on the job at hand and that's winning games. That is the most important thing and that is what will get us out of this league. 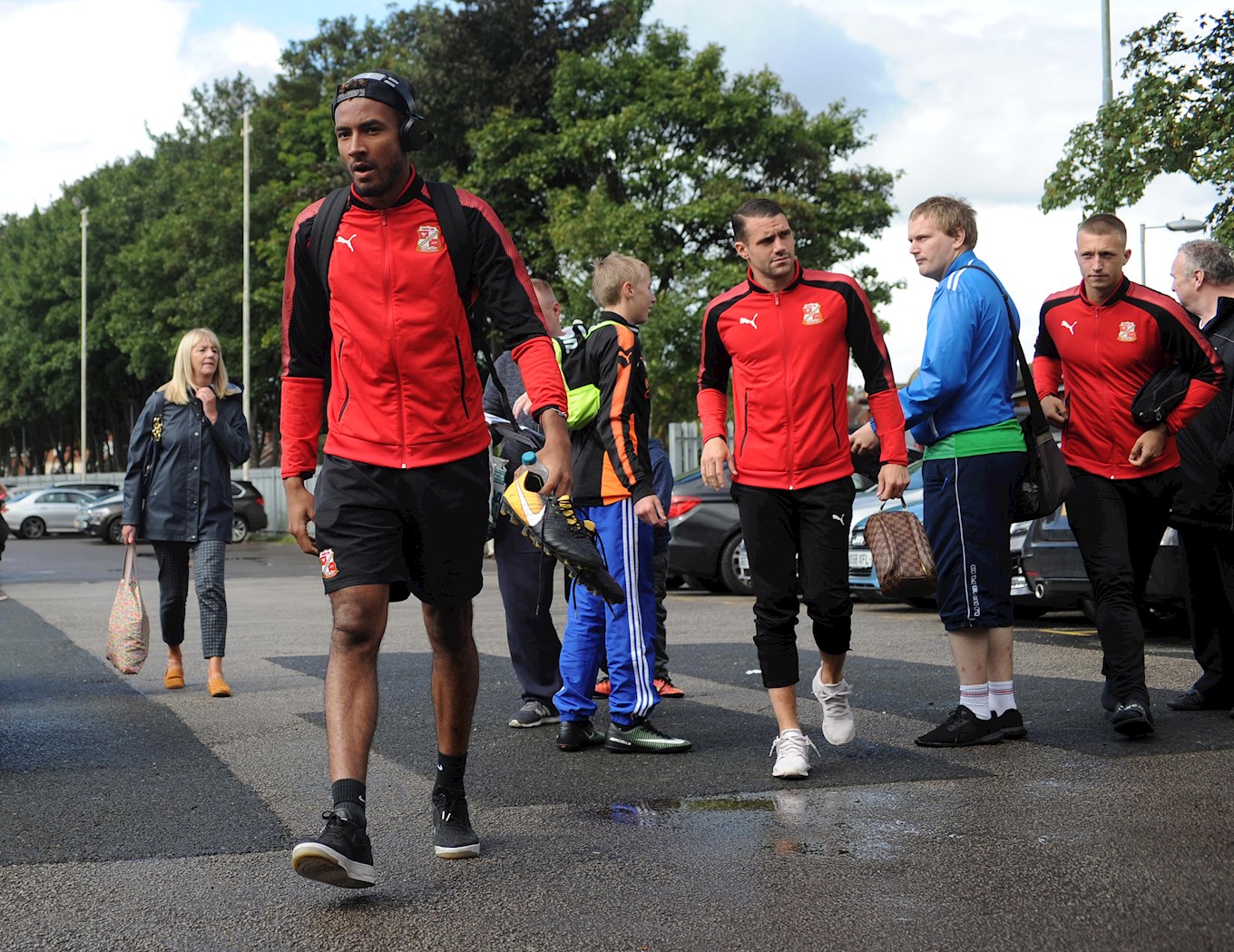 It is now about getting that monkey off our backs at home isn't it because once the home form is sorted then we will be a force to be reckoned with, won't we?
If you look at any successful team then home form is the most important thing and once we get the monkey off our back, then we will be a force to be reckoned with at this level. As a squad there aren't too many teams in this league that are better than us and I'll be hard pressed to find one. You can have all the names you want but as a unit and as a team you will struggle to find one better than us. If we get a few wins under our belt at home then you could be looking at anything but the most important thing is to take it game-by-game and keep our heads firmly on the task at hand.
League Two is already proving to be a tight league and anyone can beat anyone, but the key is to not get too high or low and focus on ourselves. Would you say that will be important going forward?
Yeah, of course. It is way too early now to look at the league table and any team on any given day can beat anyone, so all we've got to do is focus on winning our games and let everything else take care of itself. When it gets to Christmas that's when you start to see what kind of season you are going to have.
Let's move on to your personal form, you've kept a couple of clean sheets already but how would you rate your start to the season?
It has been okay but it could always be better and I'll always live by that. I'll never ever get too carried away by my performance and if you get too happy then you can suffer a defeat and get really low, so it is about finding that happy medium. One thing that I'll always give is commitment to the club and I have been questioned about that recently, but you can never say that I won't ever give 100% because I don't believe in just turning up and playing for fun, because I always want to win. I love the club, they gave me my first chance in the Football League and the important thing for me is not to be questioned because I will always give 100% for this football club, no matter what. 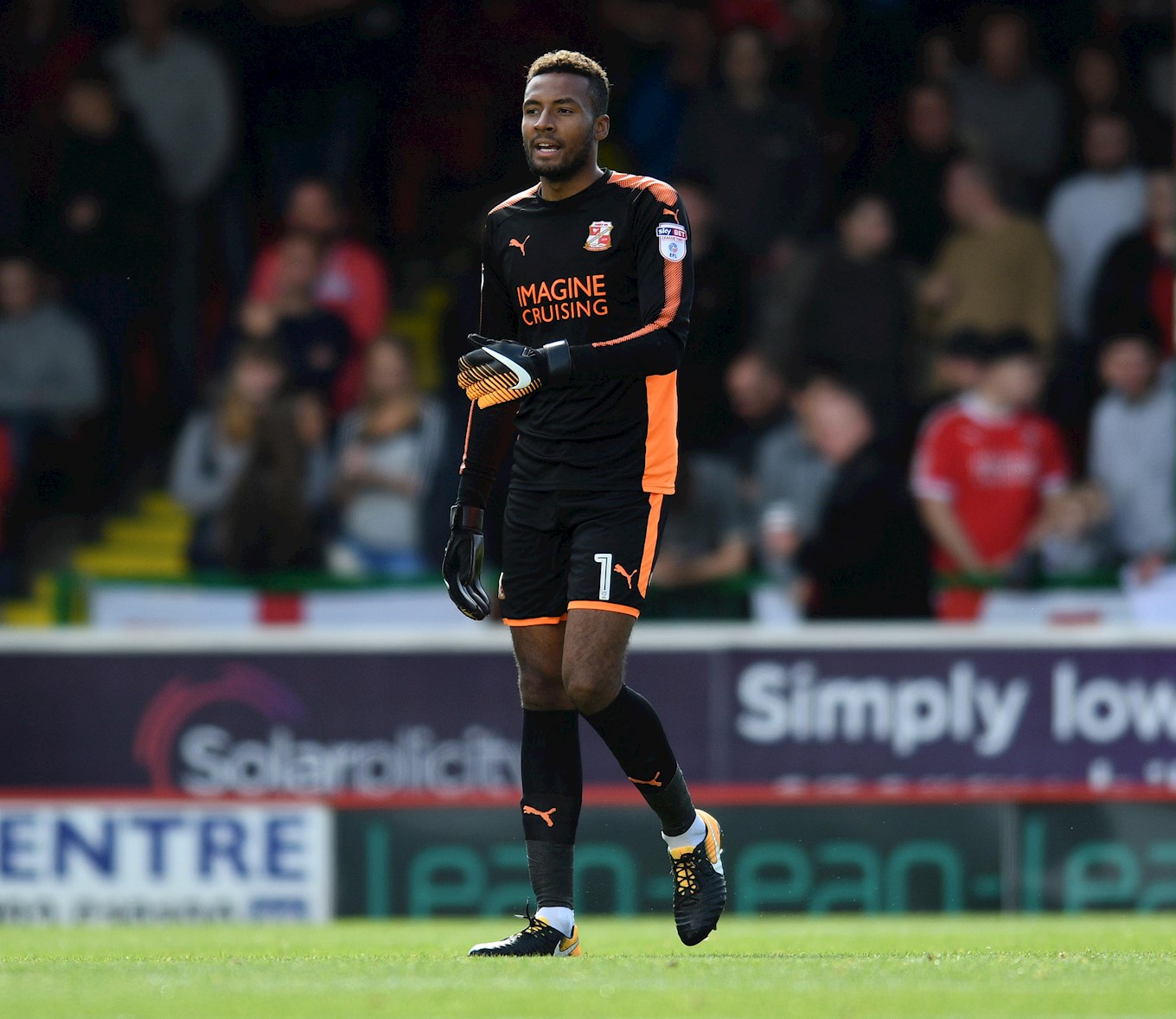 That's it, anyone who knows you will know that you are committed to this football club and your aim is to achieve something special with us this season isn't it?
If you read anything about me going anywhere in the summer, then I never once said that I wanted to leave the club and I don't pay too much attention to the speculation. I never ever once asked to leave the club and I just want to win games and be as successful as I can be, and I wouldn't be able to do that without the manager and without the team here. I've just got to work hard to achieve what we set out to do this season and that is to get straight back up in League One.
We saw the arrival of Reice Charles-Cook earlier this month. How has his arrival boosted your game because he certainly adds some competition doesn't he?
Reice has come in, he's been outstanding in training, he's given me a lot of advice and he's really helped me. He's given me advice on how to deal with certain things and it can only help the club to have two hungry goalkeepers who are fighting to start. I've just got to make sure that I keep my standards high because if they are not then the club have got a ready made replacement waiting.

"It has been okay but it could always be better and I'll always live by that. I'll never ever get too carried away by my performance."

The club have changed their style of play quite dramatically this season so how have you found that transition?
It hasn't been that hard for me because the manager has told me since day one that I can really hurt teams with my kicking, in terms of hitting it to the strikers and the wingers. It has been challenging but you've got to embrace it and you can't just play the same style throughout the whole of your career. I'm really enjoying it and as long as we are winning games then the style of play doesn't matter.
Finally, Stevenage today and it is an ideal opportunity to finally get that first home win and embark on a run, isn't it?
Most teams in League Two play a similar way and I don't think Stevenage will be any different, but they have got some good players and we are a bit of a scalp in this league so a lot of clubs will see us as their biggest game of the season. We've just got to keep our feet on the ground and we've got to keep our head on it because if you take your eye off the ball then you will be punished. It should be a good game today and I hope the fans enjoy it.