Swindon Town Boss Dave Flitcroft sat down with members of the local media in the wake of our 4-1 defeat to Barnet earlier today.

“If you break the game down then the first mistake, the mix-up is something I wouldn’t expect from an experienced player and Vigs’ (Lawrence Vigouroux) form has been fantastic, so it was a complete mix-up.

“The important thing when you go a goal down is to stay in the game and to then concede two or three minutes after by doing something you can avoid was disappointing and we know you can’t do it.

“Straightaway you are 2-0 down and your game plan goes out the window. I have seen the sending-off and the referee has got it right.

“It is a lunge, it is aggressive, it is not a straight leg one but you can’t do it and you are not going to win football matches if you make the type of mistakes we did and if you don’t concentrate, commit and focus on what your job is as an individual. 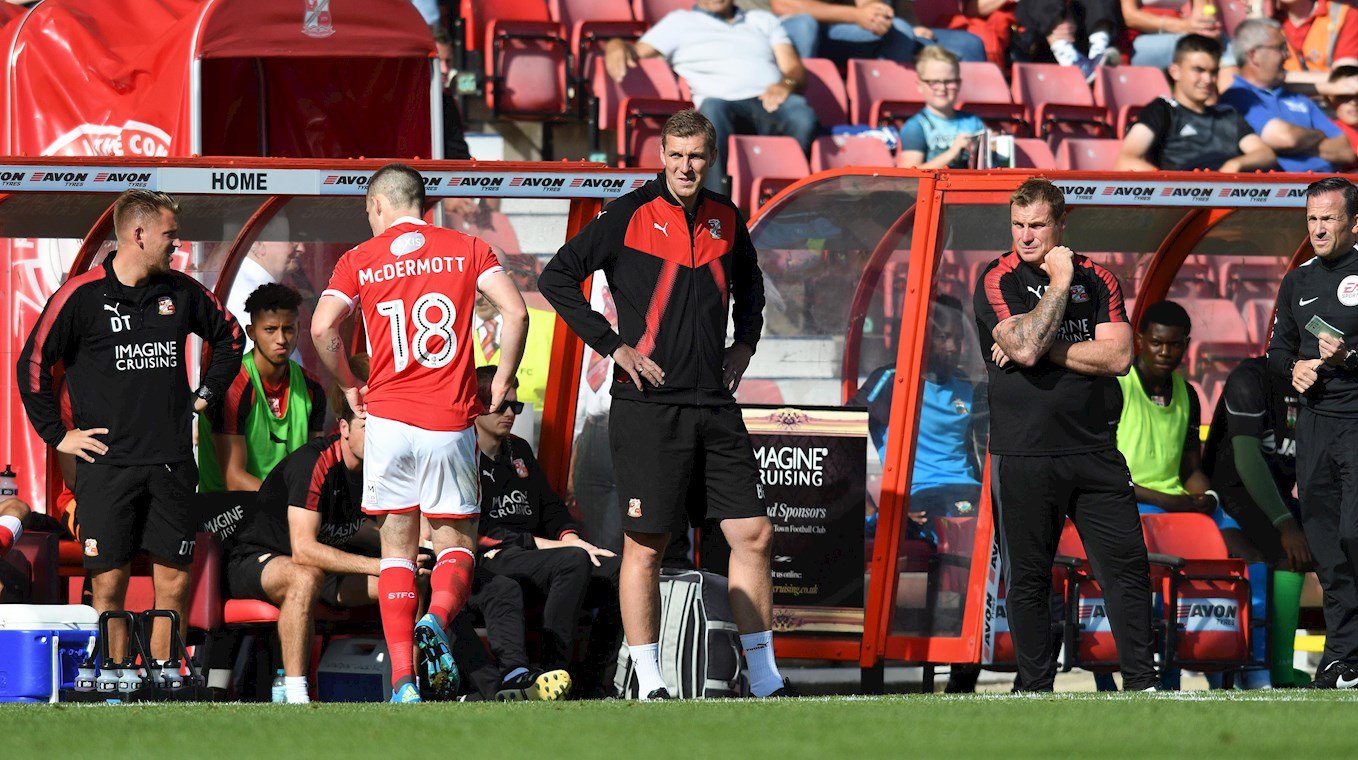 “We haven’t done that today and it isn’t that I’ve not seen it coming but we did a lot of work on trying to be solid and trying to dominate them, which we did in the early stages.

“When I strip down the opportunities they have had from the way that we capitulated, it is unacceptable and I’ve got to look at that.

“I pick the team, I am responsible for the team, the shape of the team and substitutions and we’ve not got it right now on two occasions.

“I guarantee that we’ll certainly be working hard to get it right and we will get it right. We’ve just got to get the right balance, the right players that want to play at home and Swindon is a big scalp in this league.

“When teams come here and see the crowd and see the size of the club, everything is set up for the opposition to go on the front-foot and we are not coping with that at the minute.”

“We wanted to get the ball wide and getting the full-backs high and we worked the ball really well to Donal (McDermott) and Keshi (Anderson) at the start of the game.

“I put Timi (Elskin) in there because he’s a retainer, he’s a passer and he’s a link between the defence and midfield.

“We got the ball wide, they swung it well and we had a couple of good chances, so first-half tactically we looked sound apart from the moments of madness.

“There was an intent to get down the outside of them, on occasions we were successful but the middle of the pitch needs securing.” 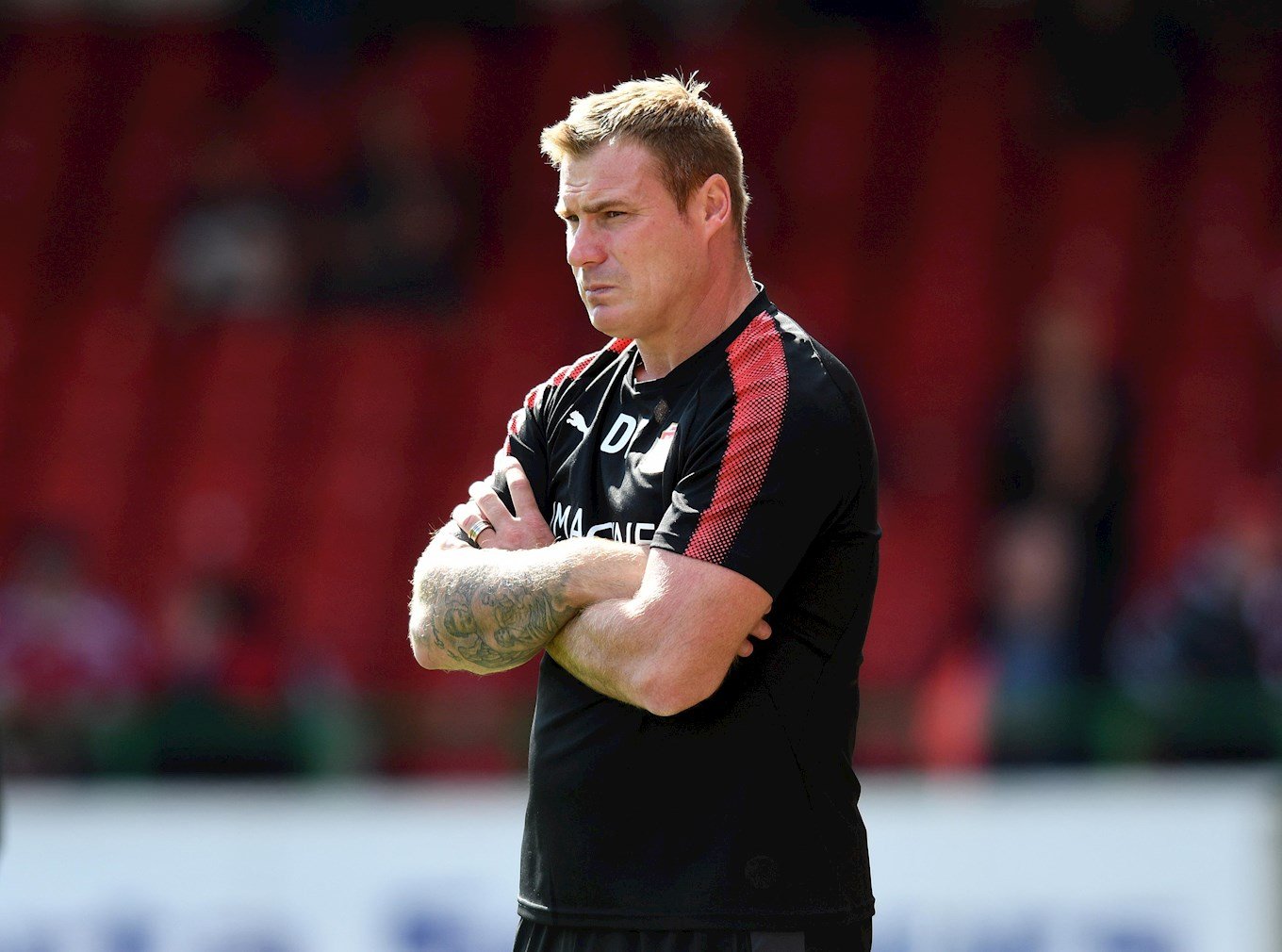 ON OLLY LANCASHIRE GOING OFF AT HALF-TIME:

“We got a phone call from Lanc’s family to say that his wife had gone into labour, so I spoke to him at half-time and we decided that he had to be at home with his family.

“He’s flown up the motorway to try and get home to support his wife and his new-born.

“We wish the family the best in that.”

“I felt that getting Mulls (Paul Mullin) down the centre of the pitch would help us out and create more problems, but we probably didn’t have enough players arriving in the box from crosses in the first-half so I wanted to put Mulls in there.”

“I thought Timi (Elskin) was excellent so that is a positive.

“Keshi (Anderson) isn’t where he needs to be and we knew we would probably get 60 minutes out of him.

“He had a slight injury about a month ago, he’s come through that and we threw him in to retain the ball and he did that at times.

“He linked up quite well with Chris Hussey down the left-hand side in the early stages of the game and he’ll just get better for us.” 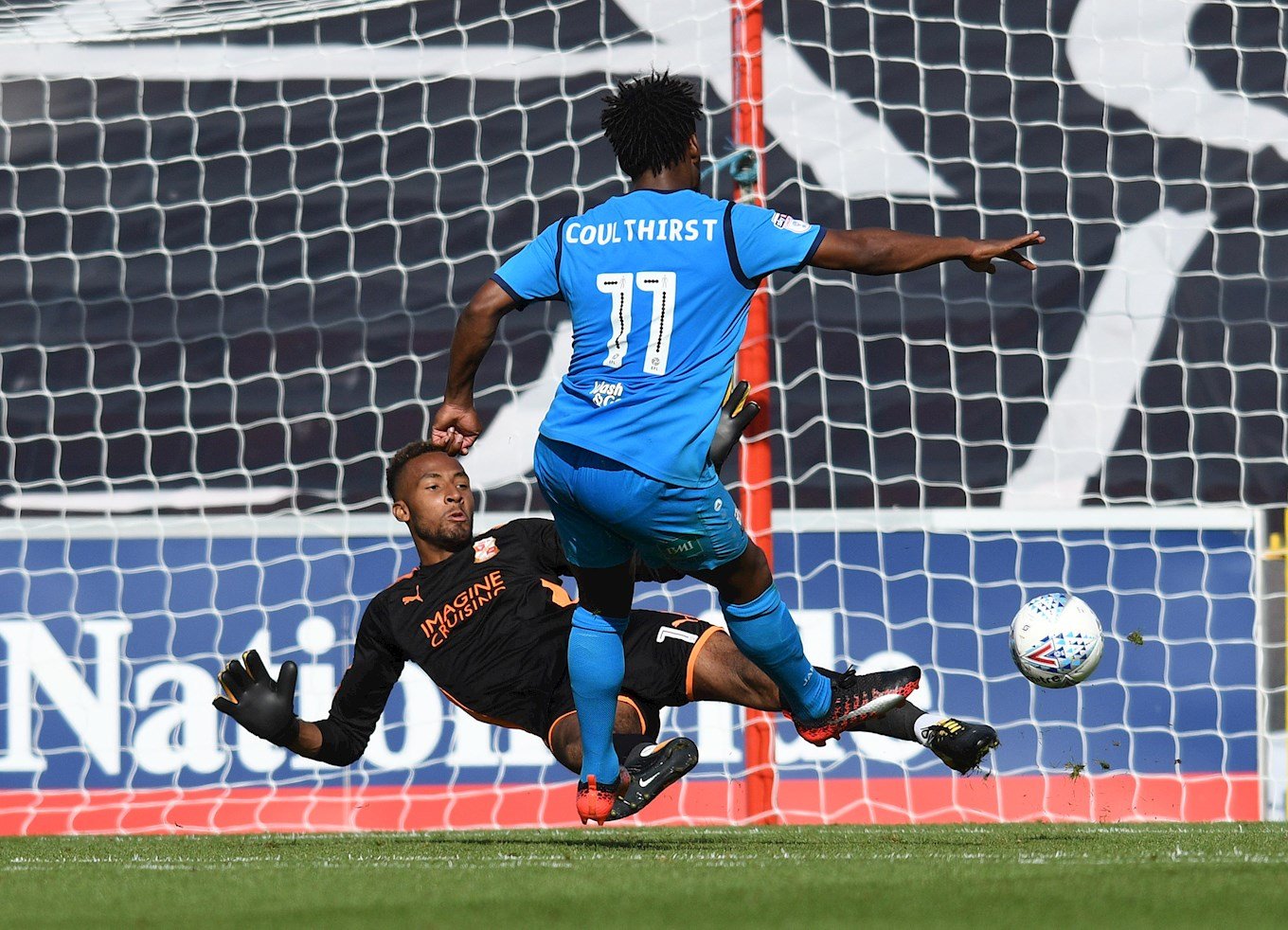 “This group of supporters deserve a better performance from me and the team and we are craving that.

“It is not for a lack of trying or a willingness but we’ve just got to concentrate, commit and focus more than we are doing.

“We’ll reset on Monday for next week.”