The Reds created the better of the chances at The New Lawn but had to be patient, with the two goals both arriving in the dying minutes of the game.

And Taylor, who came off the bench to contribute a goal and an assist, felt that his side's hard work on the training ground paid off in style.

"It meant a lot but no more than the three points," he told the local media when asked about his first goal for the Reds.

"At times in the game we were on top for large periods but we didn't score, so it was nice to play a part in us getting three points.

"It wasn't a game for the purists but that won't bother any of us because we've came here and we've come away with three points and, ultimately, that was the main aim of the night.

"It is another three points towards where we want to get to this season.

"We've done very well away from home. As a team we've looked organised, compact and the shape has been very good. 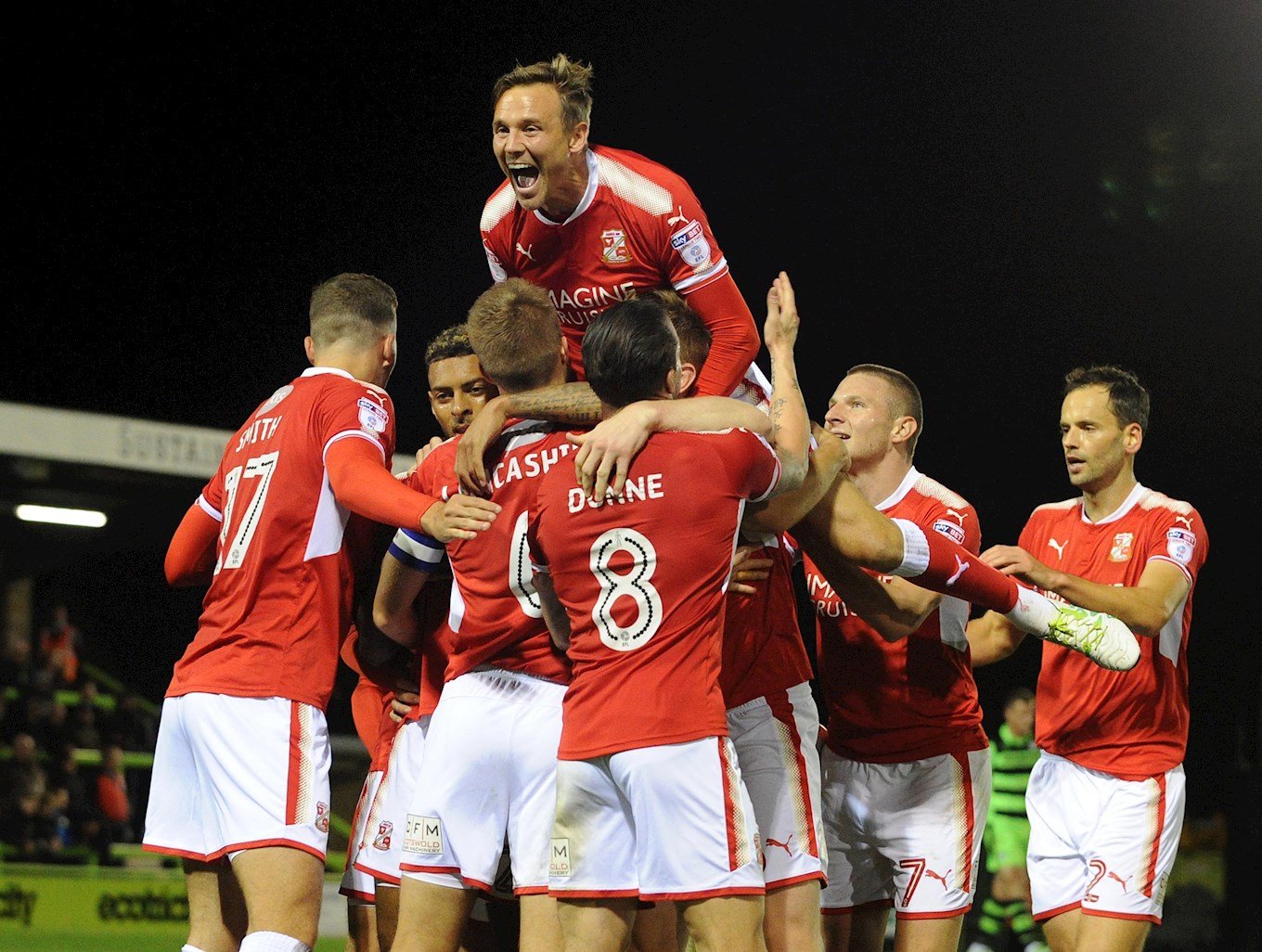 "We've worked particularly hard on that on the training ground with the manager and Futch (Ben Futcher), but it is still very early on in the season so we've still got things that we can work on obviously.

"Players thrive on instructions and you can have the freedom further up the pitch, but in the first two thirds of the pitch there has to be a good shape to the team.

"We've done that, we protected our goal last night and it is another clean sheet.

"It didn't matter what the score was, we won the game, that's the main thing and it is three points we have taken home."

"It wasn't a game for the purists but that won't bother any of us because we've came here and we've come away with three points and, ultimately, that was the main aim of the night. It is another three points towards where we want to get to this season."

Taylor replaced the injured Chris Hussey late on in the second-half and made an immediate impact, setting up the opener for Olly Lancashire before getting off the mark for the club with a fine drive from distance.

"It is all about putting the ball in the right area first and then after you've done that the guys have shown tenacity to go and attack the ball and we've put it in the back of the net," he added.

"It hasn't happened too often this season that I have had a sight of goal, it was probably my first shot this season.

"At the time it just opened up and if I was the goalkeeper I would have been a bit disappointed that I didn't save it."