Swindon Town will be celebrating the 25th anniversary of our historic promotion to the Premier League this weekend. As a result, we'll be catching up with some of the heroes from that famous day at Wembley...

John Moncur will forever go down as a Swindon Town legend, thanks in part to the role he played during our historic promotion to the Premier League in 1993.

A ball-playing midfielder with an eye for a pass, Moncur was the heartbeat of Glenn Hoddle's team that swept all before them on their way to beating Leicester City 4-3 in the Play-Off Final.

Just one of the many players set to return to SN1 this weekend to celebrate the 25th anniversary of that famous day at Wembley, Moncur sat down with Red Review to share his memories of that outstanding season.

"The big factor in coming to Swindon was Glenn Hoddle. He knew me as a young player at Tottenham and the way that he was as a player himself made him an idol of mine growing up and as a midfield player I tried to emulate him," he said.

"It worked out to be a great move for me.

"John Gorman was fantastic as well and for me, being a player who liked to get the ball down and play football, it was an ideal match really because it was Glenn and John's philosophy.

"Glenn came back from Monaco and he wanted to adopt a five at the back with him playing as a sweeper, and the way we played it made it a really offensive line-up. You had me, Micky Hazard and Martin Ling in-front who were all comfortable on the ball and Glenn would step forward in-front of the two centre-halves to start the play.

"We ended up with six players in midfield who were all capable of keeping the ball and we used to hurt the opposition with the ball. We weren't great defensively but it was our philosophy that got us up really.

"I started the season really well but then I tore my knee ligaments at Leicester - although I got my own back when we played them in the Final! 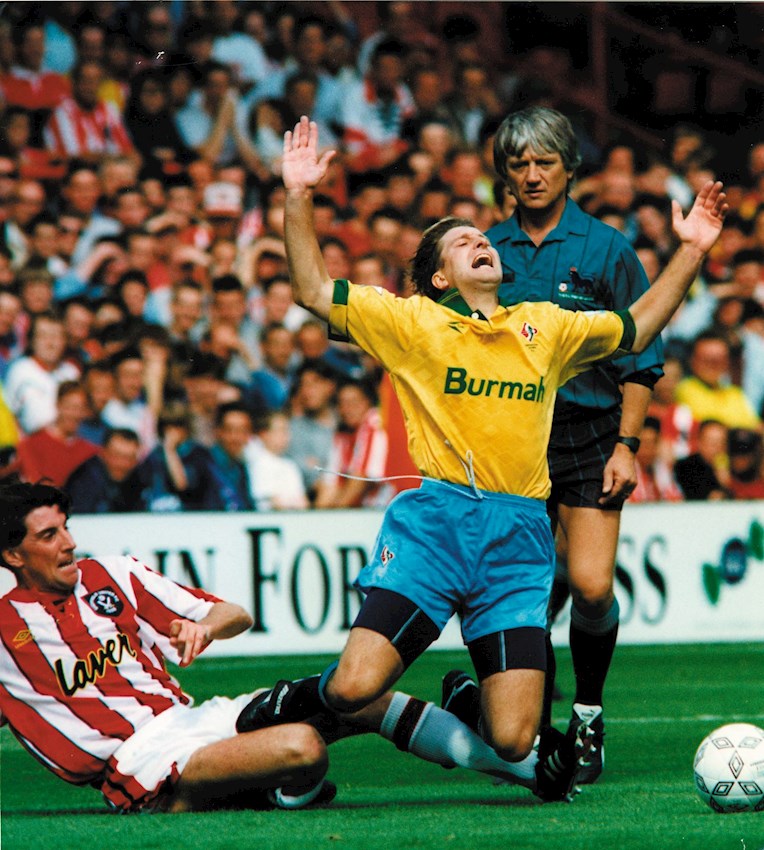 "I came back and did really well in the Play-Offs but it was a big decision because Glenn had brought in Micky Hazard, but it paid off in a way because I scored in the Semi-Final against Tranmere and then I had a big part in three of the goals in the Final, so it ended up being a fairytale end to the season."

And Moncur went on to reflect in particular on that unbelievable day at Wembley, which saw a 3-0 deficit wiped out by Leicester before Paul Bodin stepped up from the penalty spot to ensure that the class of 1992-93 would go down in history forever.

"It was an unbelievable up and down game. We won the early exchanges, Glenn scored right on the stroke of half-time and we came out after half-time, played some nice football and we were home and dry at 3-0 up but within the space of ten-minutes it was 3-3," he continued.

"Leicester were a strong, athletic team and they had some good players themselves, so it could have gone either way to be honest.

"We had a big turnaround in the summer but we embraced John Gorman taking over and he was a fantastic manager, especially for me because it was arguably the best year I ever had.

"I had some good years at West Ham but I played every game bar one and I had a real impact on the Premier League. I proved to myself that I could play at that level and it was just a great season personally. I look back now on the fact that I scored our first-ever goal in the Premier League and it will go down in the history books, but I didn't even think about it at the time!

"It was just sad that we got relegated. I had a great time at Swindon and I had a good rapport with the fans and it does make a difference when they are on your side.

"I loved my time there, my son George was born in Swindon and it was a good time all round for me." 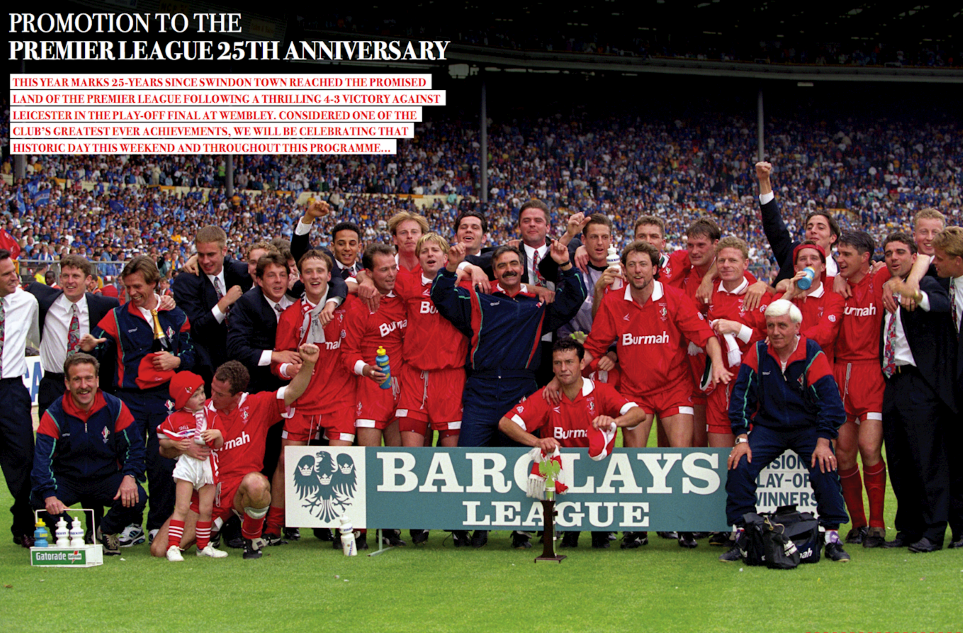 
Swindon Town will be celebrating the 25th anniversary of our historic promotion to the Premier League this weekend!