Swindon Town Boss Phil Brown has lavished praise on Joe Romanski with the youngster set for his professional debut tomorrow.

The centre-back has caught the eye of his new Gaffer in training and, as a result, could be given his Town bow against Grimsby Town at The Energy Check County Ground on Saturday.

"We've had conversations after one or two games since I've been here and I look at centre-halves and I look at desire and commitment and wearing the number five shirt with pride," Brown said.

"That is something I've seen in Joe and he does actually put the number five shirt high on his priority list, meaning that he's a defender first but he can also play.

"You are always attracted to that left-footer and Joe can go down that left-side, but as a centre-halve he gives us good options.

"There are one or two reasons why Joe has been drafted into the squad."

And Brown went on to praise the work of the club's Academy and the job that Interim Academy Manager Alan McLoughlin does.

"The youth policy at the club is a shining example to any football club," he added.

"You've got a former player in Alan McLoughlin who is in charge now and he does a good job.

"He promotes young players and he promotes that pathway and now he's got a manager at the helm who isn't frightened to take a chance.

"It is taking a chance to a certain extent and we're not out of the Play-Offs, but Scotty Twine has shown up in a good light and I have no doubt that Joe Romanski will as well." 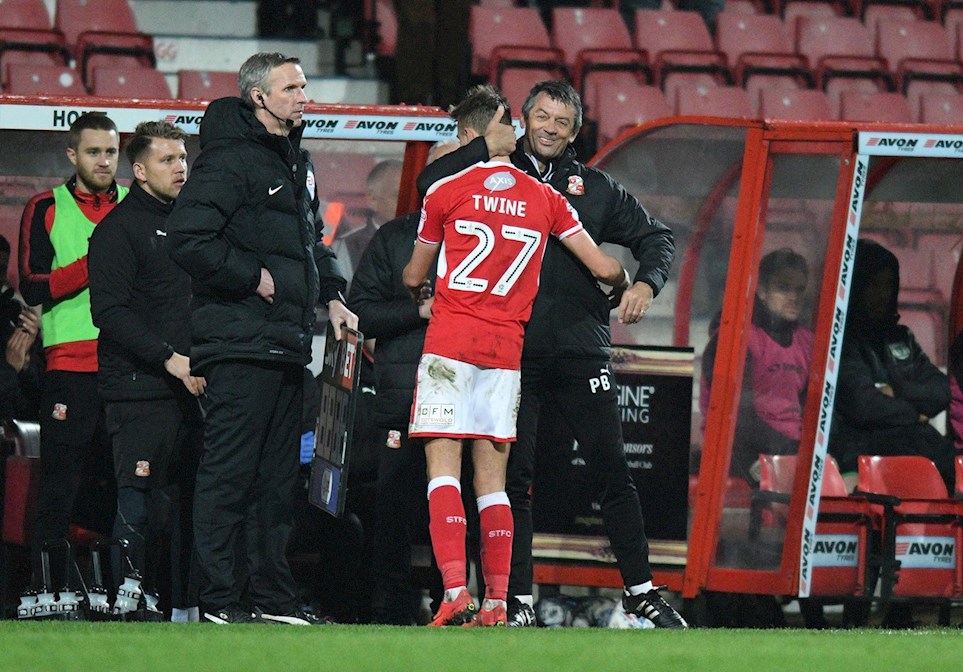 Brown - Twine Has Got Something Special


Town Boss Phil Brown has lavished praise on Scott Twine and has revealed that he's never been this excited to work with a young prospect.