Swindon Town Boss Phil Brown has given an update on both Luke Norris and Kellan Gordon ahead of Tuesday's game against Yeovil at SN1 (7:45pm Kick-Off).

Luke Norris dislocated his shoulder during the 1-1 draw with Crawley on Easter Monday, the third time the striker has suffered the injury this season.

And, in another stroke of bad luck, Kellan Gordon was struck by the same injury against Carlisle United on Saturday.

Speaking to the local media at his pre-match press conference earlier, Brown admitted that a timetable for a return for the pair is far from clear.

"Luke Norris will have an operation but we haven't got him in until April 30th, so we have a bit of a dead period at the moment," he said.

"It begs the question that if it heals sufficiently between now and the end of April, can he see the season out?

"Bearing in mind there will be one game plus three in the Play-Offs after that, so again it is a race against time to a certain extent.

"If Luke feels like he can contribute in a game and in training before 30th April, then there is a possibility that he might not have the operation until the end of April.

"It all depends on the healing process of Luke Norris.

"Kellan Gordon has gone back to Derby and we're in the hands of his parent club. 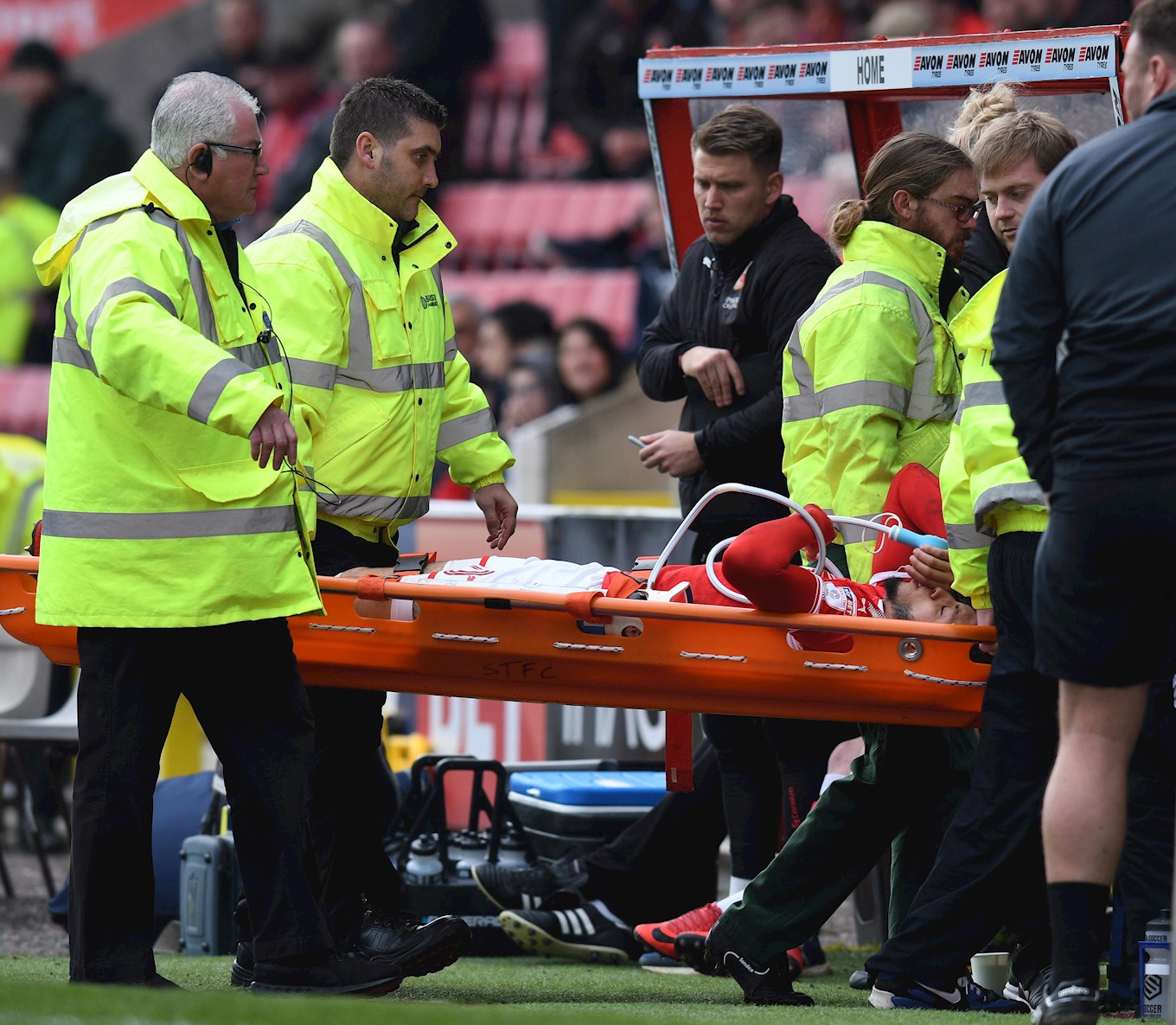 "I met his mum for the first time on Saturday, I had a chat with her, they are a lovely family and our wishes go with Kellan.

"Hopefully it will be a speedy recovery.

"We aren't sure if it needs an operation or not - we're in the hands of Derby County so we'll await further word from the medical department."

And Brown went on to confirm that he has no other injury concerns ahead of tomorrow's crunch clash against The Glovers.

"Thankfully everybody came through the game unscathed on Saturday," he added.

"The only thing wrong with Saturday was the fact that we didn't win the game, so it was more mental scars than physical scars."