The Reds' leading scorer was forced off early during the 1-1 draw with Crawley on Easter Monday after his shoulder popped out for the third time this season.

Although the full damage is not yet known, Norris is hell-bent on still playing a part in Town's push for the Play-Offs, although he has now officially been ruled out of action for this weekend.

"Luke is coming to see me later in regards to the shoulder," Town Boss Phil Brown said at his pre-match press conference earlier.

"It is a delicate situation because Luke's contract is up at the end of the season, but so is mine. I'm only here for a short space of time.

"When people get into this situation it is very, very difficult because he's putting his body on the line and his shoulder has popped out a couple of times, which isn't a good sign.

"It popped out with the least of collisions and now he's in a sling, so he won't be available for the game. 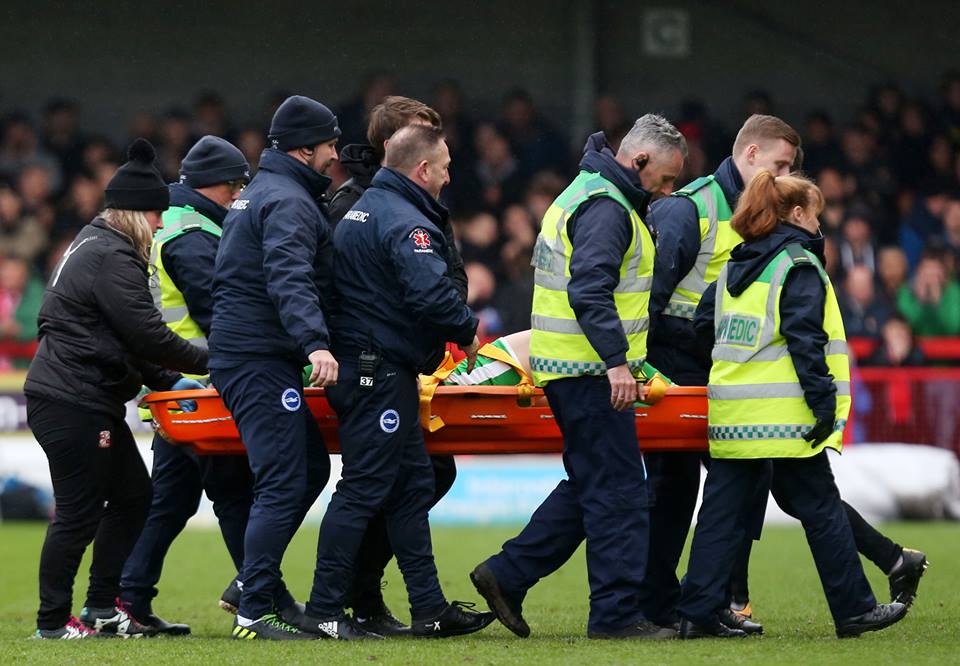 "He doesn't want an operation on it for obvious reasons because he's got a contract to play for, so that will hopefully be in the last five games but it won't be on Saturday."

And Brown also confirmed that both Olly Lancashire and Ryan McGivern are fit and raring to go after the pair returned to the bench on Monday having recovered from their respective injuries.

"Lancs is available for selection on Saturday, which is good news, as is Ryan McGivern who has gone through a rigorous training schedule over the last two days and he's come through unscathed," Brown added.

"He's another big lad staying in a hotel, he's in it for the short-term but hopefully he's playing for the long-term."