Swindon Town were forced to settle for a share of the spoils in a 0-0 draw with Carlisle United at The Energy Check County Ground this afternoon.

Despite having the better of the chances, the Reds went in level at the interval and neither side were able to find a winner.

Luke Norris was ruled out through injury, Rollin Menayese found himself out of the matchday squad and Keshi Anderson dropped to the bench.

It was a huge game for both teams who both needed the three points in order to boost their respective Play-Off hopes.

The Reds were dealt an early blow however, with Kellan Gordon stretchered off with an arm injury with just a minute played - Donal McDermott was his replacement.

Once play was eventually resumed following a lengthy stoppage, the first chances of the game swiftly arrived.

Matty Taylor sent a tame free-kick straight at Jack Bonham in the visiting goal, before Ashley Nadesan fired a volley over at the other end. 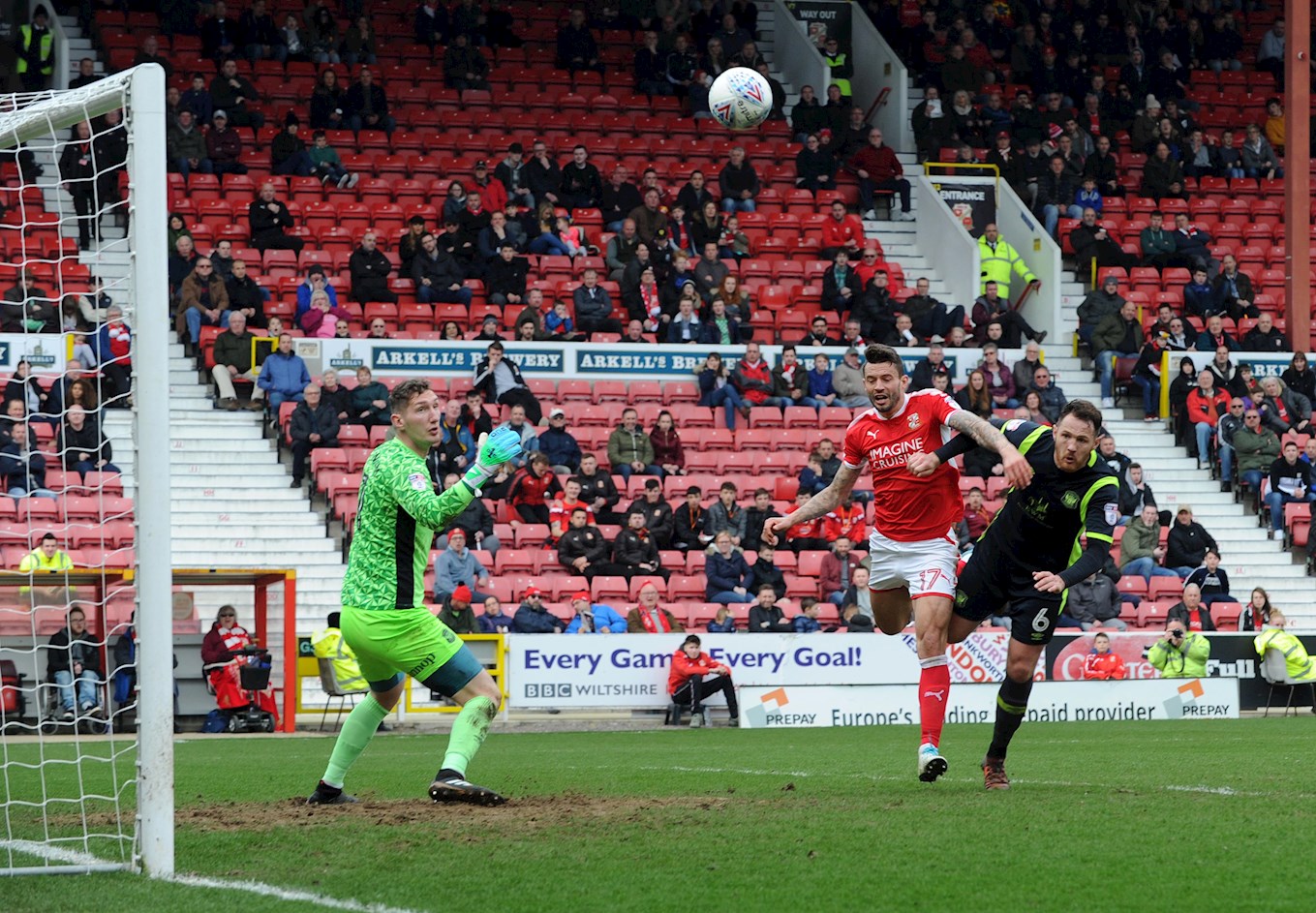 Taylor then saw his shot blocked by a defender following a good lay-off from Marc Richards, with Town putting their guests under a lot of pressure in the opening exchanges.

And they duly went on to carve out a glorious opportunity with just 16-minutes played, Taylor's corner being headed back across goal by Ollie Banks into the path of Richards who could only watch on as his header bounced back off the post.

Fans were being treated to an open encounter and the chances kept on coming at both ends of the pitch.

Carlisle Captain Danny Grainger sent a long-range drive over the bar, Banks clipped an audacious dinked effort wide of the post and Stuart Moore was able to smother a Jamie Devitt shot from distance.

There was then a lull in proceedings but the home crowd were nearly given something to cheer when Taylor's well-struck free-kick looked to be heading towards the top corner, although Bonham was able to touch it over the bar. 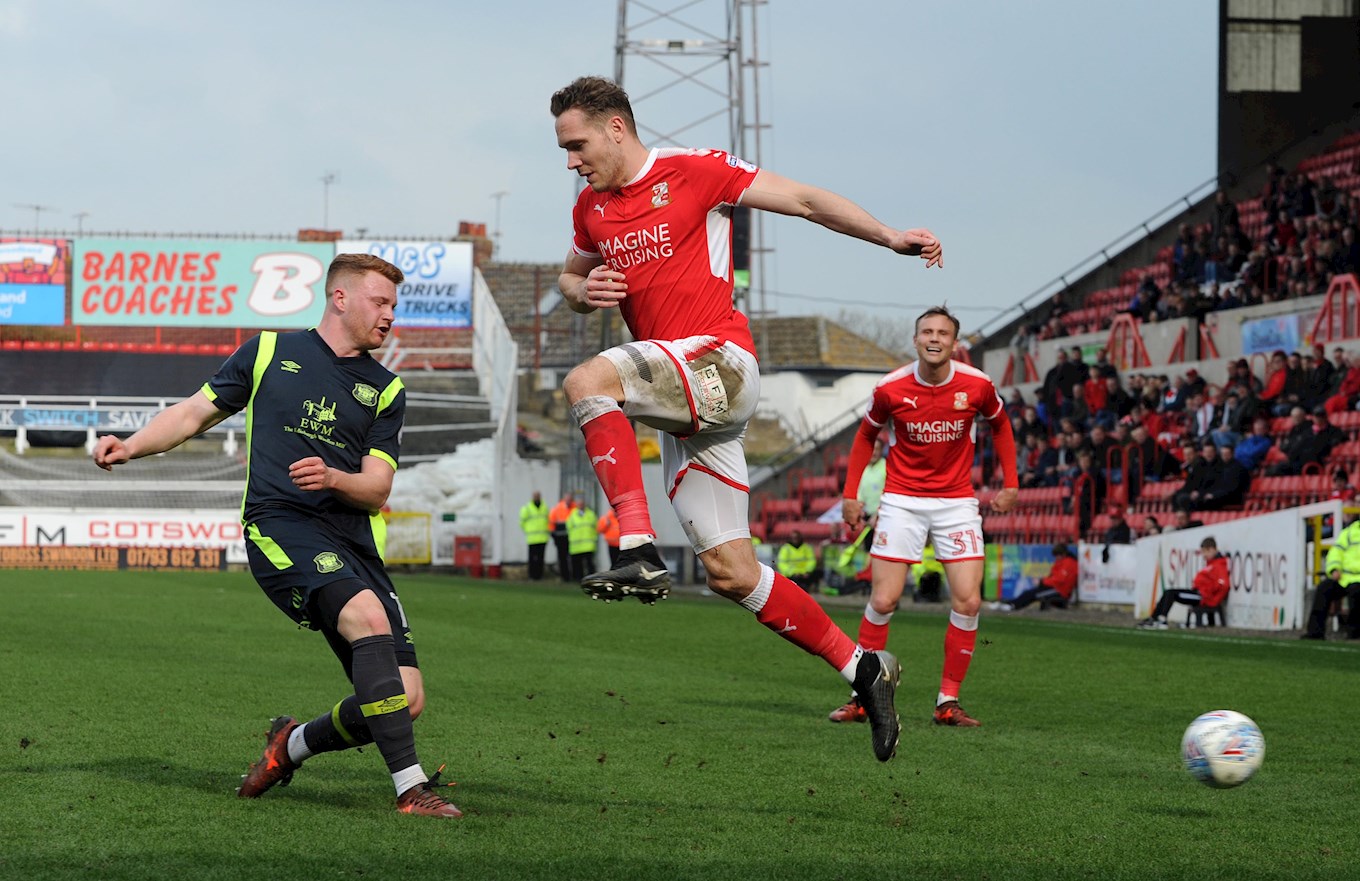 McDermott had one more chance for Town on the stroke of half-time but his shot on the turn was claimed and held by Bonham.

Town came out flying after the break and they came close twice in quick succession with McDermott having a shot tipped wide by Bonham, before the keeper did well to punch clear James Dunne's rasping drive.

Carlisle soon began to enjoy a spell of pressure, although they were unable to make it count with Devitt blasting a shot wide before the attacker saw another strike saved by Moore.

The visitors were nearly made to pay for those missed chances moments later as Ben Purkiss rose highest to meet Taylor's corner, although his header just crept over the bar.

There wasn't much between the two teams who were competing well throughout, although it was Town who looked the most likely to break the deadlock with Woolery warming the palms of Bonham following good work by McDermott.

Town then opted to introduce a pair of fresh legs with Keshi Anderson coming on to replace Olly Lancashire.

Phil Brown's side were well on top heading into the closing stages of this contest and they went close yet again with Banks hammering a shot just over after United failed to clear their lines. 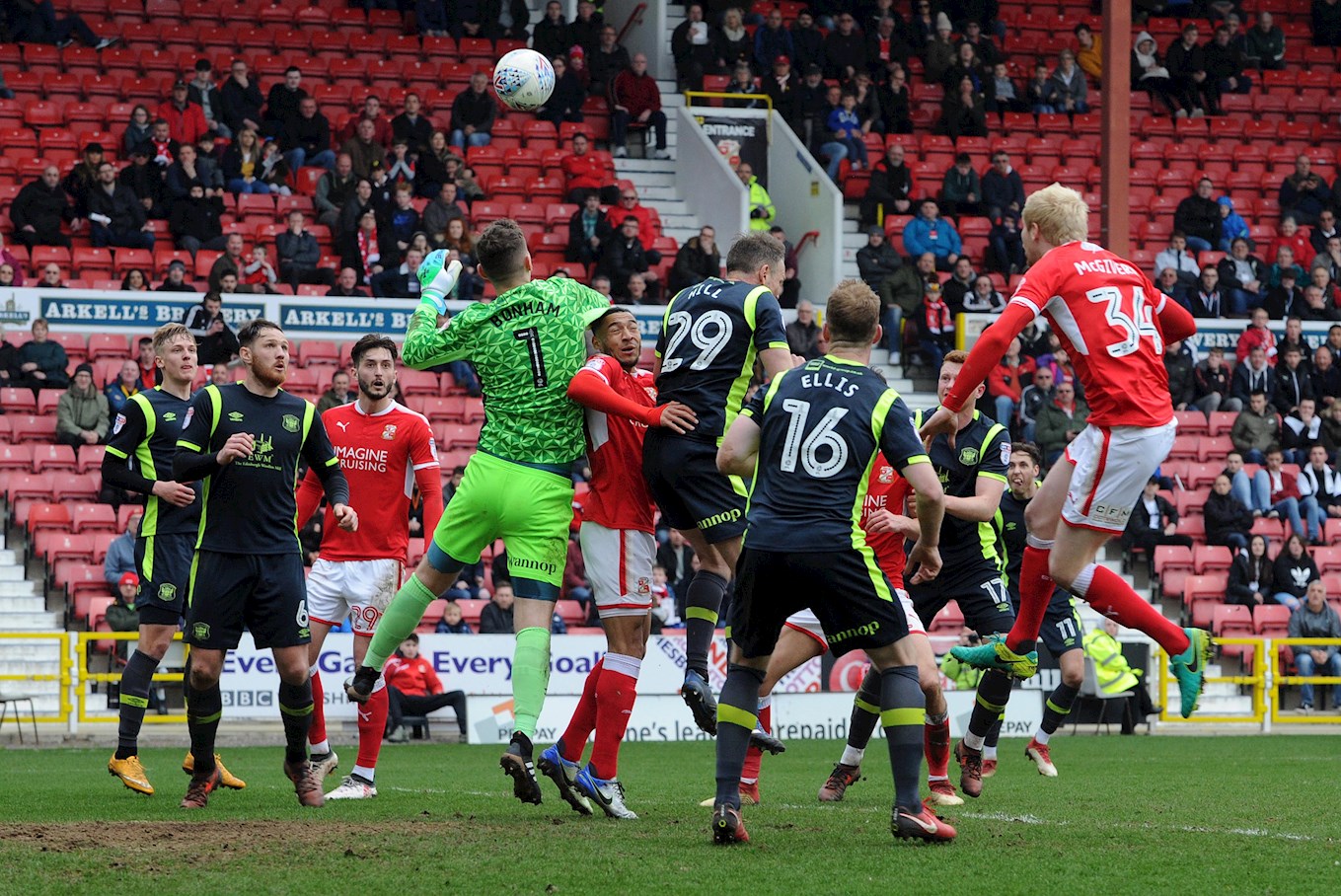 Banks had another sight of goal moments later but, again, he couldn't get a shot on target with this strike going wide.

It was then time for Town's third and final change of the match with Marc Richards making way for Ryan McGivern.

Town huffed and puffed until the end but they couldn't find a way through and both sides had to settle for a point.


A first-half brace from Siriki Dembele and a last-minute strike from Jonson Clarke-Harris gave the Posh a 3-0 win, sinking Town to second-bottom of League One.


Goals from Tom Hamer and John Brayford in either half gave the Brewers a 2-1 win at the Pirelli Stadium, despite Jack Payne's brilliant equaliser.


Swindon slip to 20th position after a 2-0 loss to Blackpool, as Jerry Yates scored on his return to the County Ground.