We sat down with Matty Taylor this week for a brutally honest and in-depth chat about what has turned out to be a hugely disappointing season. In part 1, the defender shares his views on missing out on the Play-Offs and the importance of finishing on a high.

Honesty and dealing in facts is something Matty Taylor has prided himself on both throughout his career and during his time in Wiltshire.

Never one to try to paper over the cracks or gloss over things when they don't need to be, the 36-year-old can always be relied upon to deliver the hard, honest truth.

So it was no surprise when we sat down with the defender for a look back at the events of the weekend just gone that he again pulled no punches when assessing our failure to reach the Sky Bet League Two Play-Offs.

"I don't think it was an accumulation of feelings, for me personally it was just sheer disappointment," Taylor told swindontownfc.co.uk exclusively.

"Our performances this season haven't been good enough and that, coupled with the lack of consistencey this year as a whole, ultimately cost us our minimum goal of reaching the Play-Offs.

"Everybody in the camp is feeling quite down at the moment, which is understandable, but we've got two football games left to play so those are the things we are looking at and focussing on now. 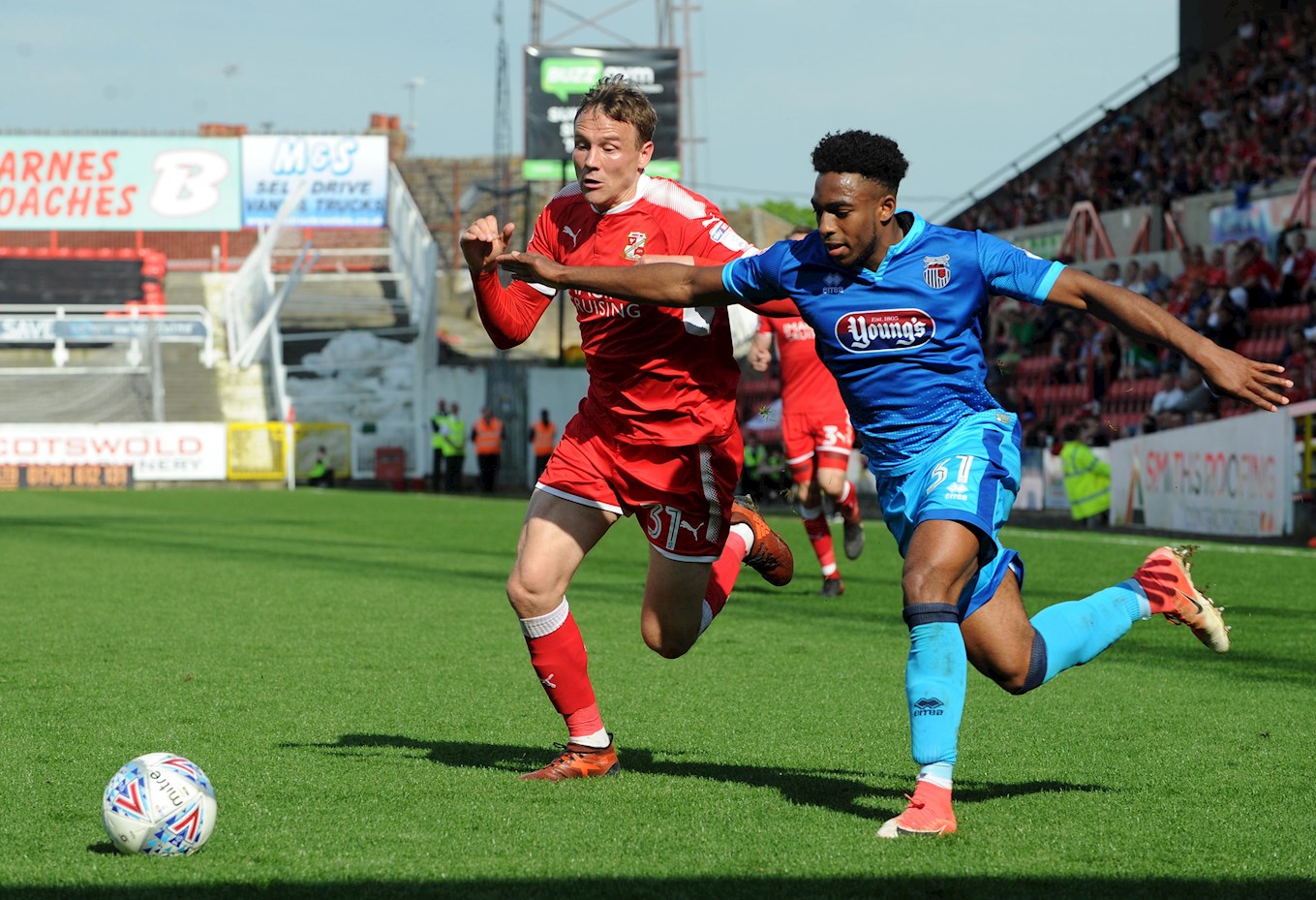 "We want to perform well in these next two games, first and foremost for the supporters who have been really good this season with us.

"We also need to perform well for ourselves and the lads now need to find a personal pride within themselves to go out and put in two of the best performances that they can because that is all we've got left.

"We've got two fixtures we want to win and that starts with a very difficult away game at Colchester United on Saturday."

And Taylor went on to stress the importance of finishing the 2017/18 campaign on a high in order to carry some momentum over into next season.

"The focus has to be on getting two positive results from the last two games and finishing this season on a high in order to try and carry some momentum into next year," he added.

"These games are very important for us because as a football club we've got an opportunity to pick up six points and finish as high up the table as possible.

"For me personally, I'll be doing everything I can to try and win those games and I would like to think that all of my team-mates, and I'm sure that they will be, will be acting in the same manner.

"Everybody in the camp is feeling quite down at the moment, which is understandable, but we've got two football games left to play at the moment so those are the things we are looking at and focussing on now."

"The momentum into next season is a big one because it has been disappointing this year for us considering that the expectation at the start of the term was for us to get promotion.

"We've fallen short, we're all aware of that so now the two remaining fixtures are ones we have to try and win and perform well in.

"I would suggest that there will be changes at this football club over the summer in terms of players and personnel, and there are a lot of lads who are out of contract so they are playing for their futures at the football club.

"If that is not enough drive and determination to go out and do your all then I don't know what is but, from a personal point of view, I would love us to finish on a high and get two positive results in the last two games of the season."