We sat down with Matty Taylor this week for a brutally honest and in-depth chat about what has turned out to be a hugely disappointing season. In part 2, the 36-year-old reflects on his stellar season and discusses his strong rapport with the Town faithful.

There was plenty of excitement when it was announced that Matty Taylor had chosen SN1 as his next destination back in August 2017.

After all, this was a player who had plied his trade at the highest level in English football with the likes of Portsmouth, Bolton Wanderers and West Ham United.

Having carved out a memorable career in the Premier League, Taylor arrived at The Energy Check County Ground still harbouring a hunger coupled with a burning desire to add another promotion to his CV.

Although any team success has eluded him in 2017/18, it has been a superb campaign on a personal level for Taylor who has racked up seven goals and twelve assists.

His wizardry from set-pieces is still a weapon capable of hurting any team, as proven with THAT sublime free-kick against Wycombe Wanderers in February 2018.

Taylor has also become a firm fans' favourite during his short time in Wiltshire, with his passion, work-rate and desire for Swindon to succeed earning him more than a few friends and admirers.

His stock only continued to rise after he stepped into the fold following Dave Flitcroft's shock departure in March, and although his sole game in Caretaker charge didn't pan out the way he would have liked, many were left impressed with the way Taylor dedicated himself to the role.

Come to any Town game now and you can guarantee that a rendition of 'There's only one Matty Taylor' will break out, perhaps perfectly demonstrating the bond that has been built between fans and player.

And that support is something Taylor has taken to his heart, with the defender taking time in an exclusive interview with swindontownfc.co.uk to praise the relationship he shares with the Town faithful.

"The aim for me when I first arrived here was to get into the team because I left League One football for a reason and that was to come play football," he said.

"I have really enjoyed myself this season.

"It has been very frustrating at times because we haven't picked up the results that we would have wanted to or that we should have, but personally I have really enjoyed it.

"I have loved playing for Swindon Town Football Club. 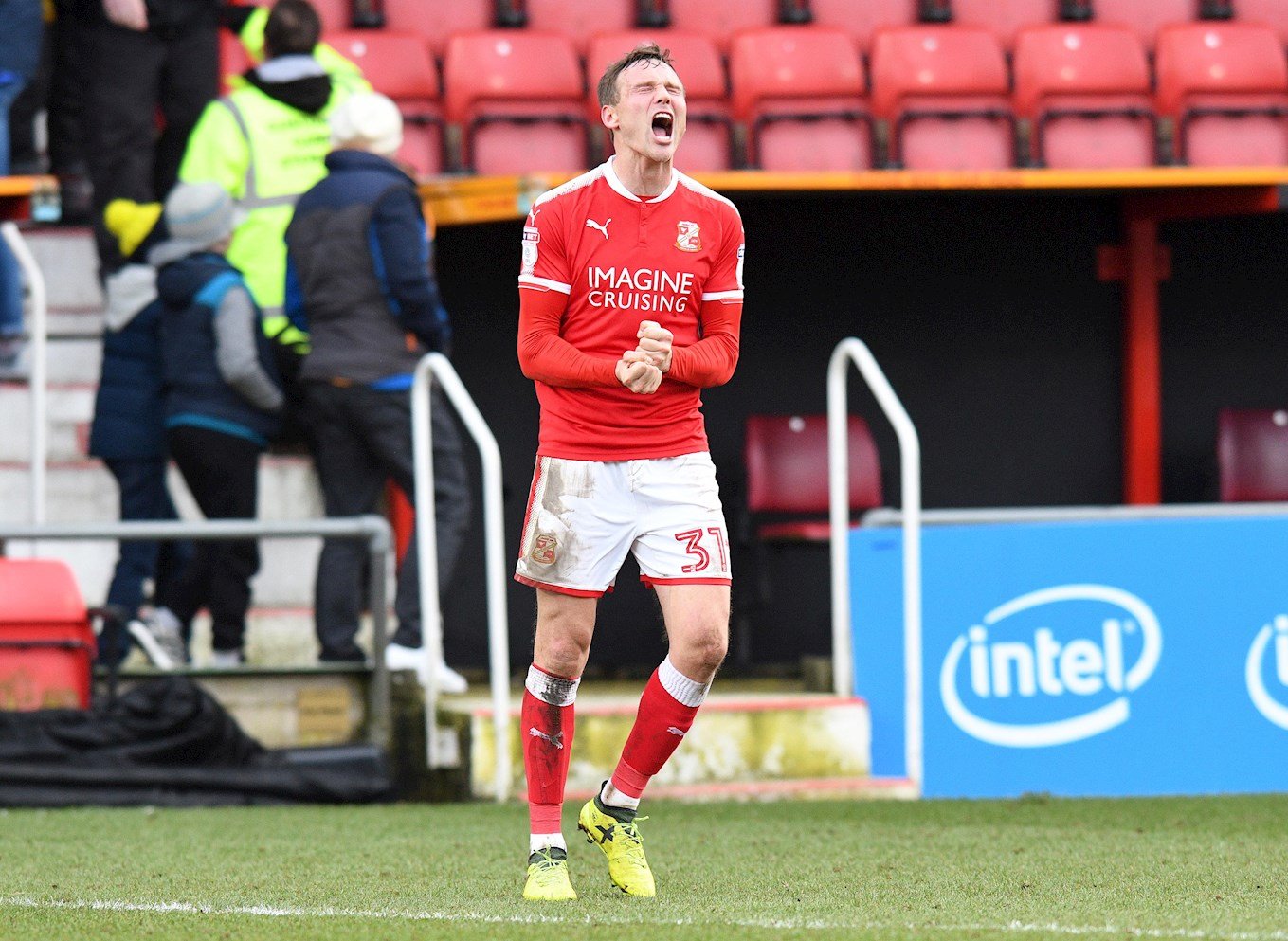 "I would like to think that the majority of the fans would probably know that from the effort and determination that I put into my performances.

"I have loved playing every minute of this season and hopefully there will be some more minutes in the final two fixtures.

"The relationship I've built with the fans has been really enjoyable for me, especially at my age because I think football fans want to see their players give 100% effort and that is a given from me.

"That is probably one of the reasons why we have a very good relationship.

"They stuck with us this year and I would urge them and ask every single one of them to come back and support us next season on our promotion charge."