Brown's side make the trip up the A419 to Nailsworth to face Forest Green Rovers this Saturday, and he believes that the hurt from Tuesday will be carried into that game.

The Gaffer put forward his thoughts on how best to react to the circumstances of a result like Tuesday's and says his players are genuinely hurt by the result.

“It’s funny how you can measure positivity, because if they’re not hurting from Tuesday night, they’re full of the joys of spring, that’s a sign that they’re positive of course, but it could also be a sign that they don’t care.

“It (Tuesday) left an open wound but that hurt will be carried into Saturday’s game against Forest Green.

“There has been a genuine hurt and a seriousness about them to put that right because we’ve dropped two points. It’s not a must-win game but we certainly need to come out of it with something in our pockets. If that’s three points then we can put to bed what happened on Tuesday.”

Reflecting on the bigger picture so far this campaign, Brown says it's not quite been in his usual mould of management.

“It’s been really extraordinary so far this season. The two wins and the draw have been extraordinary rollercoaster rides in individual 90-minute spells but culminating in seven points, very open football, harem scarem moments, great goals, great penalties, wrong decisions, right decisions. There’s lots to admire if you were a neutral – there’s a lot to think about cardiac arrest if you’re a Swindon Town supporter – or manager. We’re all in that same boat – it’s not my normal style.

“I’m not boring by any stretch of the imagination but I’m normally a 1-0 mentality. You’re trying to drill home your basics – I think people make careers on basics, they survive on basics and our basics, at the moment, are a little bit loose.”

“I thought, on Tuesday, the endeavour and commitment we showed in the second half towards getting that clean sheet when we were down to ten men, was extraordinary. It was an ask, born out of circumstances, and we nearly got there.

“I don’t think we’re far off in terms of being a team with the ball and if I analyse the league after four/five games. To be up in near the top in terms of passing stats is a good start to me, a good foundation.

“That little edge of mentality, that void is we’re not quite up to speed off the ball – but there are signs. We nearly answered all the questions thrown at us on Tuesday – that might happen again on Saturday, I hope not.”

Looking ahead to this Saturday, Town's boss knows that FGR pose a threat.

“They’ve got a decent squad – they’ve got talent and they play in a certain way. I think the lad Doidge is a threat, from what I’ve seen first-hand. I made an attempt to sign him at Southend in a higher division so that suggests to me he’s a goal threat and will play higher.

“I witnessed a handful on Tuesday gone – also, Winchester when he came off the bench. There’s certain things we have to cater for on Saturday. As I’ve said before, if we can bring both sides of the party to the game – that’s with and without the ball – then we’ll have a good chance of coming away with something.” 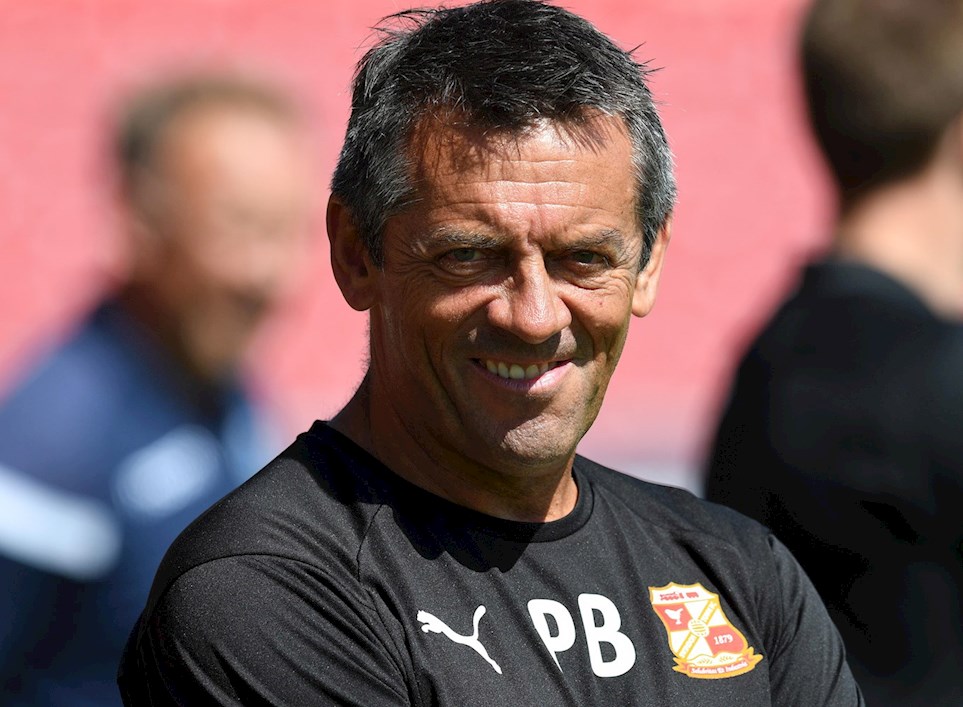 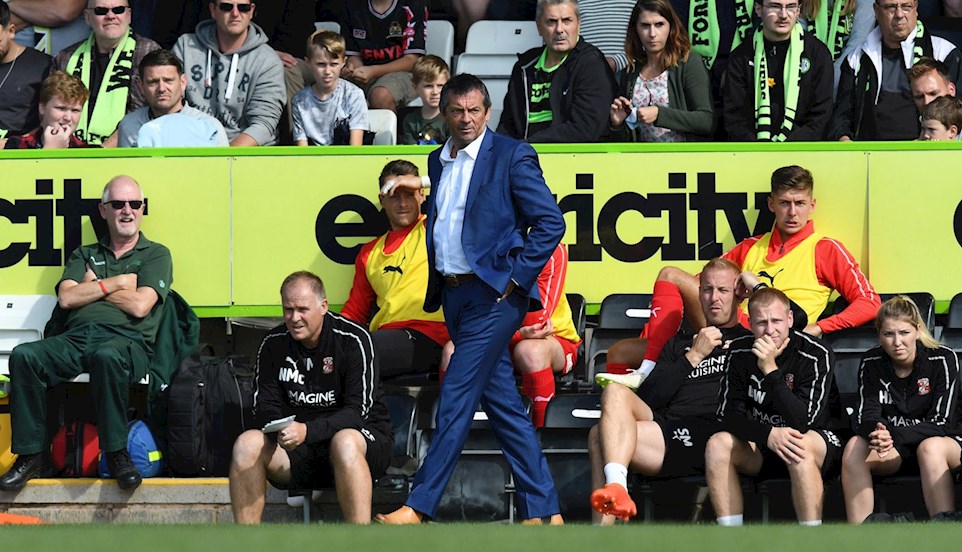