Dion Conroy has played two sets of 90 minutes after being out since September 2017 – almost a year without football – and the 22-year-old is over the moon to be back.

“It’s been amazing to play again,” said the centre half. “It was a bit stop-start at the beginning of pre-season trying to get back into things and then the third week in I played my first game and managed to play three games in that week. It’s really kicked on since then and I was really happy to play in the league game on Saturday, get the win – we were buzzing.

“When I came out of my brace on my knee I ended up having to have surgery on my shoulder so from October to the middle of January I was doing nothing. It was a very, very tough period.

“But as soon as I was able to I was getting out jogging, to the gym and just trying to do as much as possible to keep my mind off things. It was horrible.

The Chelsea Academy graduate explains it’s not just about the physical side either.

“It’s hard to explain – the physical feeling was healing really well but it was just the mental side, it was awful. The mental side was, yeah, the worst.

“It has been tough trying to get back close but I’m almost 100%. The injury feels fine – touch wood. I’ve just got to stay on top of that, keep fit and playing and hopefully keep winning.

"I had the operation in October and I was in a brace for six weeks and I couldn’t bend my knee past 30 degrees so I was pretty much stuck. I dislocated my shoulder in the first game of the season before so couldn’t do any upper body work.”

There’ll be no sympathy from this weekend’s opponents Lincoln City and Dion knows exactly what to expect.

“We’re preparing for route-one football – they’ll be completely different to Chelsea, they’ll go straight into the centre forwards. It’ll be more of a battle than Chelsea but I think Macclesfield was similar – they had a big striker and tried to use him a lot and I think we dealt with that well. We’ll try and do the same thing.

“For us, it’s to deal with the long ball, pick up the seconds and then make the right decision straight away – making sure that first pass, when we regain it, isn’t sloppy. Hopefully, we can play them off the pitch once we get on the ball.”

The team will have to be united in what has become known to be an electric home atmosphere. 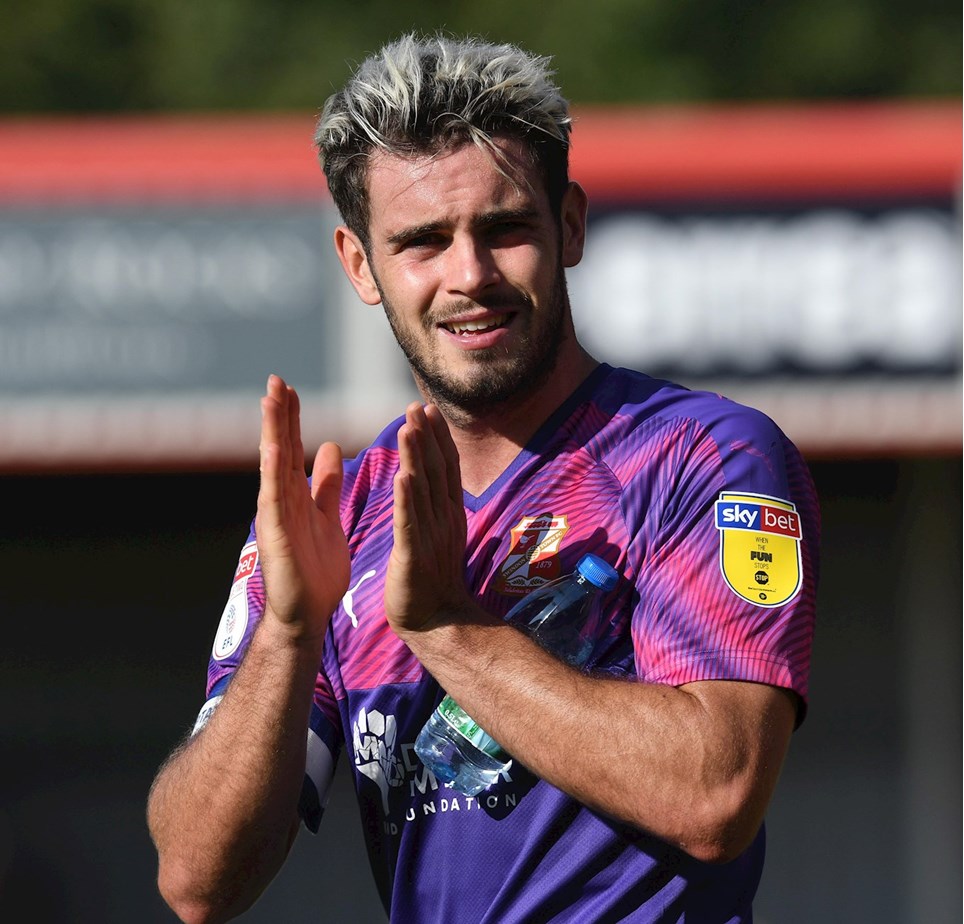 
Swindon Town are delighted to announce that Dion Conroy has signed a new 18-month deal keeping him at the club until summer 2021.