James Dunne enters the fray on Saturday and is looking forward to being back in league action.

The midfielder came on against Chelsea Under-21s in the Checkatrade Trophy last week, as his suspension did not apply to that competition but he rejoins the league squad ahead of the visit of Tranmere Rovers.

Dunne has not been able to play in any competitive fixtures since his dismissal against Accrington Stanley - which received widespread bemusement as Stanley's own Jimmy Dunne was sent off for his reaction.

"It was silly from me (getting sent off), at the end of last season. Nothing in the game - there was no point, last five minutes of the game. Should have walked away.

"Pre-season has been a bit different for me not being involved as much. The Gaffer has been really good and kept me involved to an extent and I've managed to get some minutes in."

Dunne's place in the team has been the topic of debate - he has played right-back when covering but he has featured in midfield in both deeper and more advanced roles.

"With the competition in midfield the Gaffer wasn't really covered at right-back and he asked at the start, when he came in, if I could play it and it started and went through to pre-season but hopefully I won't be seen there for too long.

"The Gaffer let the leash off me for the last game a little bit which is where I feel I'm at my best - sitting, I can do a job, but my sort of game is winning the ball back on the front foot, high up the pitch and giving it to the players who can score goals."

"I like competition - sometimes people can get a bit too comfortable in their position. I'm thriving when there's competition for places. Every day you have got to be on it - every game - otherwise someone's taking your shirt."

The midfielder is set to return to the fray this weekend against Tranmere. 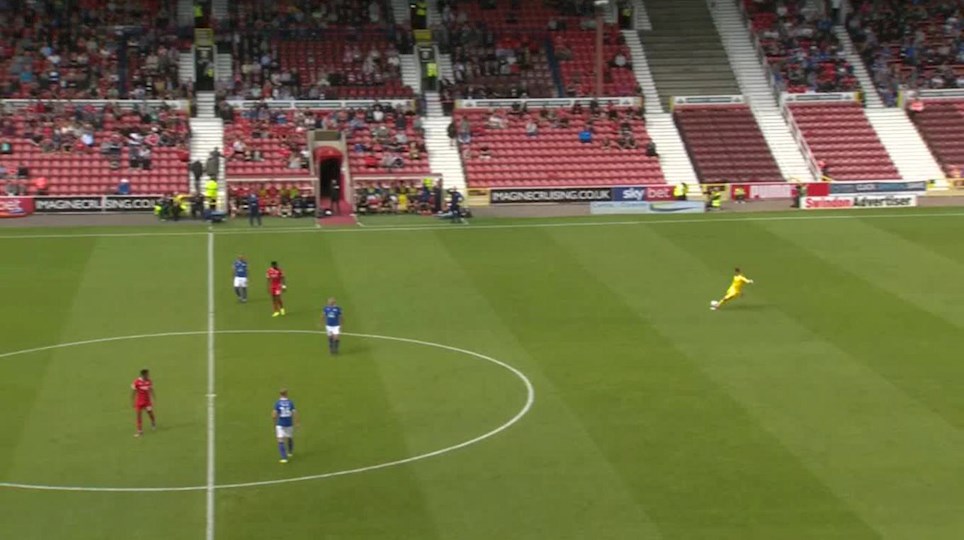