Luke McCormick is relishing the opportunity to face a young Chelsea side tomorrow in the Checkatrade Trophy.

The 34-year-old goalkeeper could make his debut for Swindon on Tuesday night (7:45pm) and is hoping to build on a healthy pre-season.

“I’ve been lucky enough to get quite a few minutes during pre-season so if the chance arises I’ll be more than ready to face Chelsea tomorrow night.

“We’ve worked really hard. We had a good trip away thrown in and I think we’ve ticked every box.

"I’ve had a lot of good sessions with Steve Mildenhall which has been really beneficial for me, so I’m raring to go.”

Last season, McCormick had an injury-plagued campaign while at Plymouth but hopes that signing early and getting plenty of minutes during the off-season will aid his return.

“To be honest, last season was the first season I’d really picked up any injuries so I had to get my head round that a little bit and it does take a little bit of time to get going," he added.

However, I was able to come here and get a full pre-season which has really helped.”

Lawrence Vigouroux was between the sticks for Saturday’s thrilling win against Macclesfield but McCormick felt just as involved from the bench and loved the last-minute winner from Michael Doughty.

“It was a crazy end to the game. Such is the comradery that we have in the group, even from the bench and not coming on, you still felt a real part of the game. Emotions were high where we were sat, let alone on the pitch," he said.

“I thought we worked really hard, created lots of chances but didn’t seem to have the luck where the ball falls in the net but ultimately, we got the two decisions at the end which secured the result and deserved the win.” 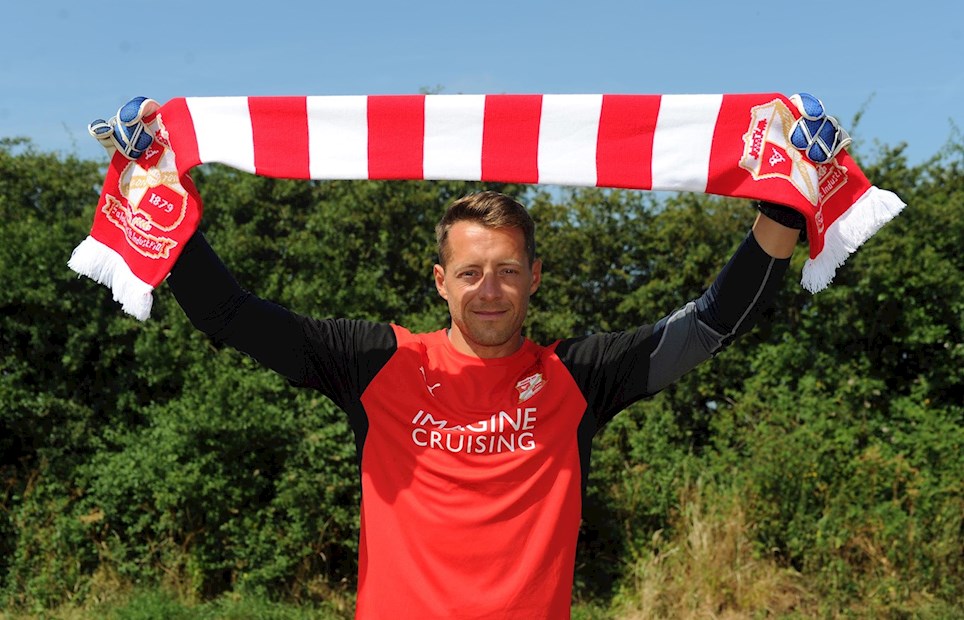 
Swindon Town Football Club are delighted to announce the signing of Luke McCormick on a free transfer, subject to FA and EFL approval.