"I don't think I have been involved in many games like that, let alone on opening day.

"One of the old managers used to say to me if you can't be good be lucky and we've heard that many times.

"I thought I was going to be an unlucky manager today, I must admit.

"The first-half performance was worthy of two, maybe three goals and the quality of our play was something to be admired.

"I hate saying to players at half-time how well we're doing and keep that going because as soon as that whistle goes something changes and the second-half is a totally different half, and sure enough it was. 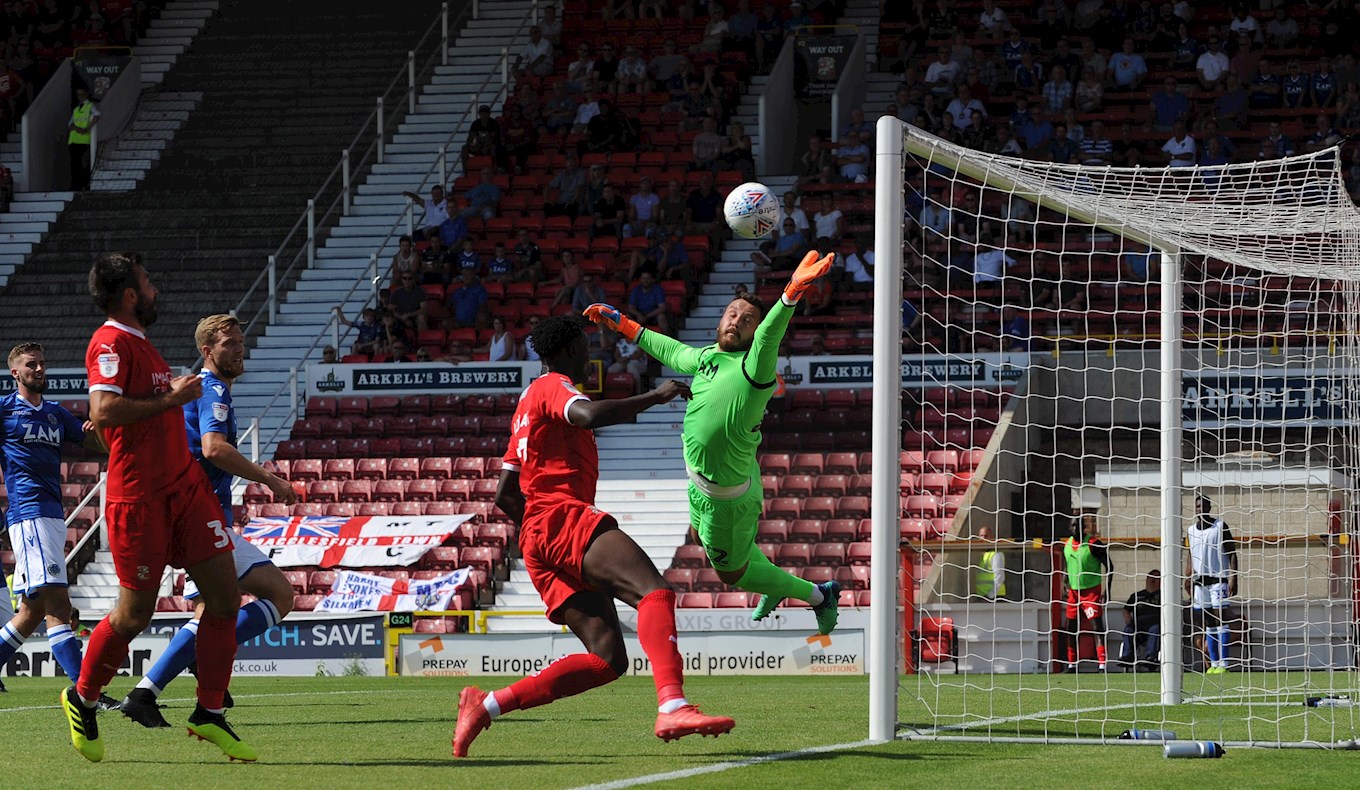 "We fell asleep for the first goal then got back with a great ball to the back post for Michael Doughty to head home, but then we fell asleep again for the second goal where my two centre-halves and my goalkeeper tried to play out at the wrong time.

"When I see my Chairman come into the changing room after the game with a massive smile on his face and the players have got a massive smile on their face, it just shows you that we're just about to blow a bubble up and hopefully that bubble can be as big as we can make it.

"We've certainly got goals in the team and with results and performances like that we've got to build upon them."

"It is always difficult. The percentages are something like 70-75% of games when you go a goal behind you don't win.

"We've gone two behind and to have that belief, the spirit and that never-say-die attitude is impressive." 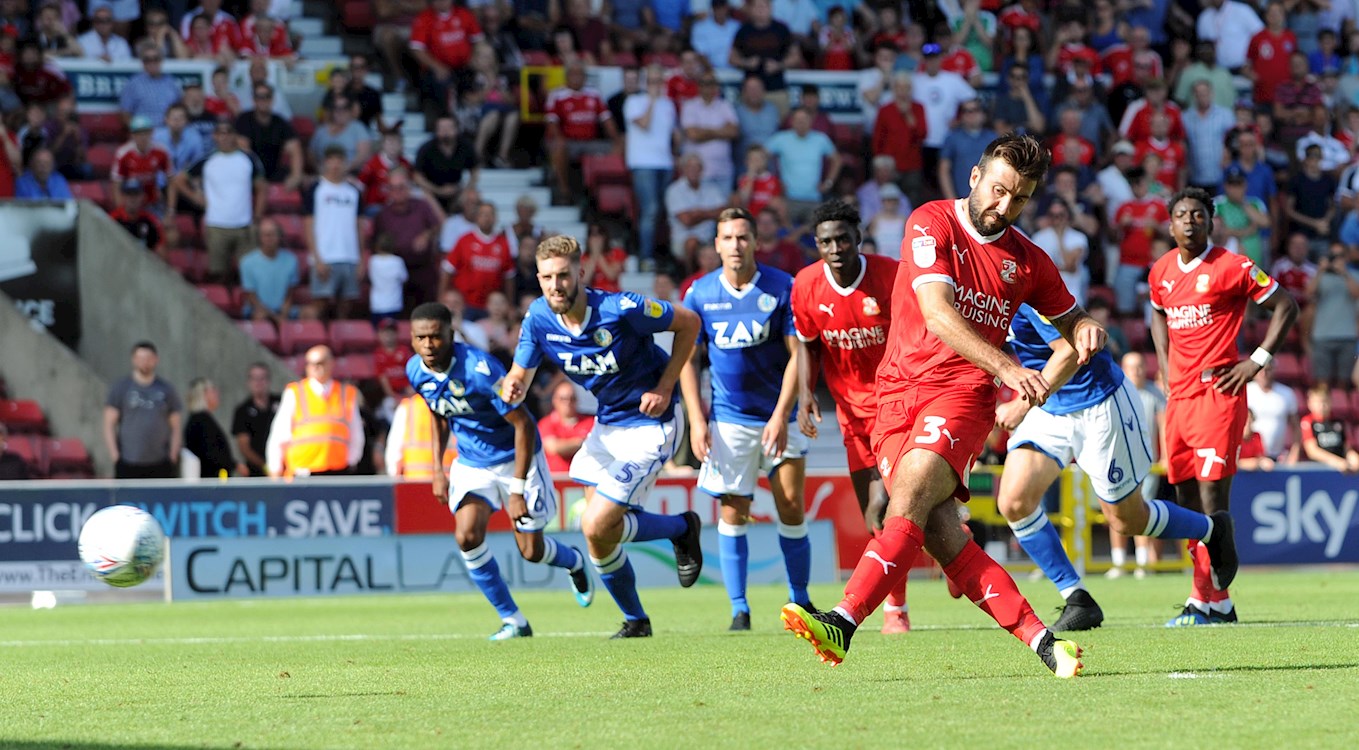 "He's got more nerves than I have because I never watched either of them.

"When I saw Steven Alzate's reaction to the first one, it was a stuttering yes so it takes a lot of bottle knowing that there is three points and a first win at stake.

"The most important thing was not the hat-trick but the three points." 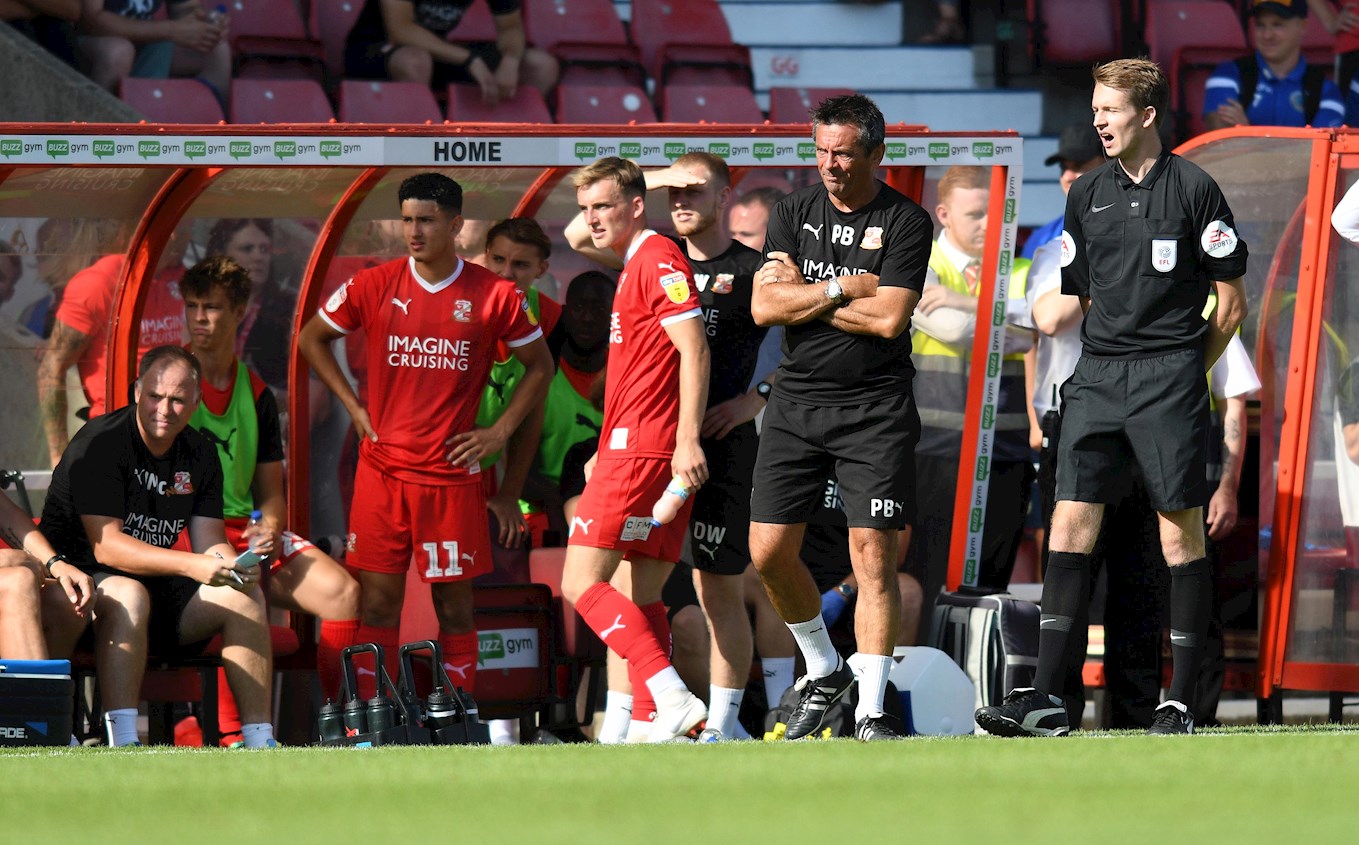 ON THE PERFORMANCES OF THE NEW BOYS:

"I thought the new players did well.

"Martin Smith in the first-half grabbed hold of the game in a role I asked him to do and he's under pressure with Jak McCourt and Toumani Diagouraga able to play there.

"Elijah Adebayo was under pressure from minute one when you've got Marc Richards coming back so straightaway you are looking over your shoulder, but that resulted in a response from him.

"I thought he was different class today, he held the ball up well and when he went down I thought that was the end of him but he refused to lay down and he actually came back into the game and got the equalising penalty."