The last month has seen the welcome return of Michael Doughty, and his impact is clear to see.

Against Stevenage, he laid on the winner for Sol Pryce with an inch-perfect through ball, and last weekend, he on-hand early on to pluck the ball out of the sky and fire past Joe Day in the Newport goal to open the scoring just a minute in.

And with ten to play in the same game, he had the calmness and presence of mind to spot Kaiyne Woolery’s run and feed him for the winner.

However, it hasn’t been plain-sailing for the London-born midfielder – after a lightning-fast start to the season with a hat-trick on the opening day and five goals in the first month of the season. Injury had kept him out for the majority of October and November.

On his spell on the sidelines, Doughty, speaking exclusively to swindontownfc.co.uk, said:

“It’s difficult. Injuries are probably the worst thing about sport and, there’s never a ‘good injured  player’, but I’m certainly one of the worst. I’m very irrational and I don’t enjoy the process at all, so it’s good to be back and if my goals and assists can be a bi-product of good team displays then that’s the icing on the cake.”

Spending so much time with the club’s physios, Tom, Hollie and Charlotte, the 26-year-old, pointed out he may have been getting on their nerves by the time he was returning to fitness.

“Probably. I’ve been in annoying them, questioning every day how long it’s going to be. It really was peaks and troughs, lows and highs regarding the progress of it all. I was just being annoying because they’ve been such innocuous impact injuries that have progressed into something more severe.

“It’s been more bad luck than anything else.”

Since his return, Town’s form has picked up, due largely to starting games quickly:

“In the last few weeks we’ve really improved how we’ve started gamew and that’s had a real impact and advantage.

“It’s been a little while since I’ve been playing regularly and it was nice to be in the right place at the right time for the early goal.” 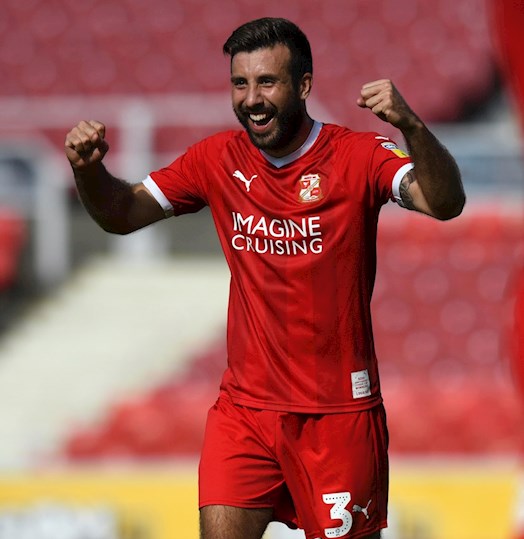 
Michael Doughty has been nominated for the EFL League Two August Player of the Month.