Swindon Town can beat their best run of home form this season with a win against Cheltenham at the Energy Check County Ground.

Town had not won two in a row at home since August until Kaiyne Woolery’s goal sealed victory over Newport County two weeks ago – Town now have the chance to win three home games in a row for the first time since the turn of 2017 to 2018.

The run of victories at home would take them one step closer to the five wins on the bounce at SN1 that started on New Year’s Eve 2017.

Richie Wellens’ team will be looking to bounce back from a 2-1 defeat against Grimsby last weekend – a result that was tough to take for the team who had the lion’s share of chances on a horrible day in Cleethorpes.

An uplift in form since the end of October has seen Cheltenham Town lift themselves out of the League Two relegation zone. The Robins recently enjoyed an important seven match unbeaten run in league and cup with signs beginning to show that new manager Michael Duff’s ideas and work on the training ground has been starting to click.

Duff was appointed Cheltenham boss midway through September after Russ Milton’s caretaker stint following the departure of former manager Gary Johnson. Johnson had led the Robins to promotion from the Conference in 2016 though paid the price for a poor start to the season.

Returning to the club where he started his playing career, Duff is looking to make his mark in his first managerial role after departing Burnley where he was under-23s boss at Turf Moor. It was a slow start for the former Northern Ireland international defender, failing to register a win in his first eight outings in charge.

Back-to-back home league wins against Newport and Grimsby Town have helped improved Cheltenham’s position in the division, as did a vital 3-0 away success over Notts County, and they travel to the Energy Check County Ground ahead of a busy Christmas period that also features fixtures with high flying MK Dons and county rivals Forest Green Rovers.

When his playing days came to an end after helping Burnley regain promotion to the Premier League, he was appointed to the coaching staff in the Academy set-up, eventually going on to become under-23s manager.

It was a position he held until the Cheltenham role became available in the early part of the season, and he was announced as Gary Johnson’s replacement, returning to Cheltenham to take on his first managerial role in the game.

The clearing behind the Don Rogers Stand will be the venue for the predominance of activities with fans of all ages able to enjoy some festive fun from 12:00 on the day.

In the list of activities, Santa’s Grotto is making an appearance with families able to meet and ask Santa to see whether they’re on the naughty or nice list this year.

On the green behind the stand, a giant inflatable snowglobe bouncy castle is being put up to create a really friendly atmosphere for our festive fixture. Families can also enjoy food stalls, and much, much more on the day.

In the club shop, anyone looking for a last-minute Christmas present can purchase anything from Christmas jumpers and t-shirts to baubles, calendars and Toblerone bars!

You can still get your tickets for the game here. 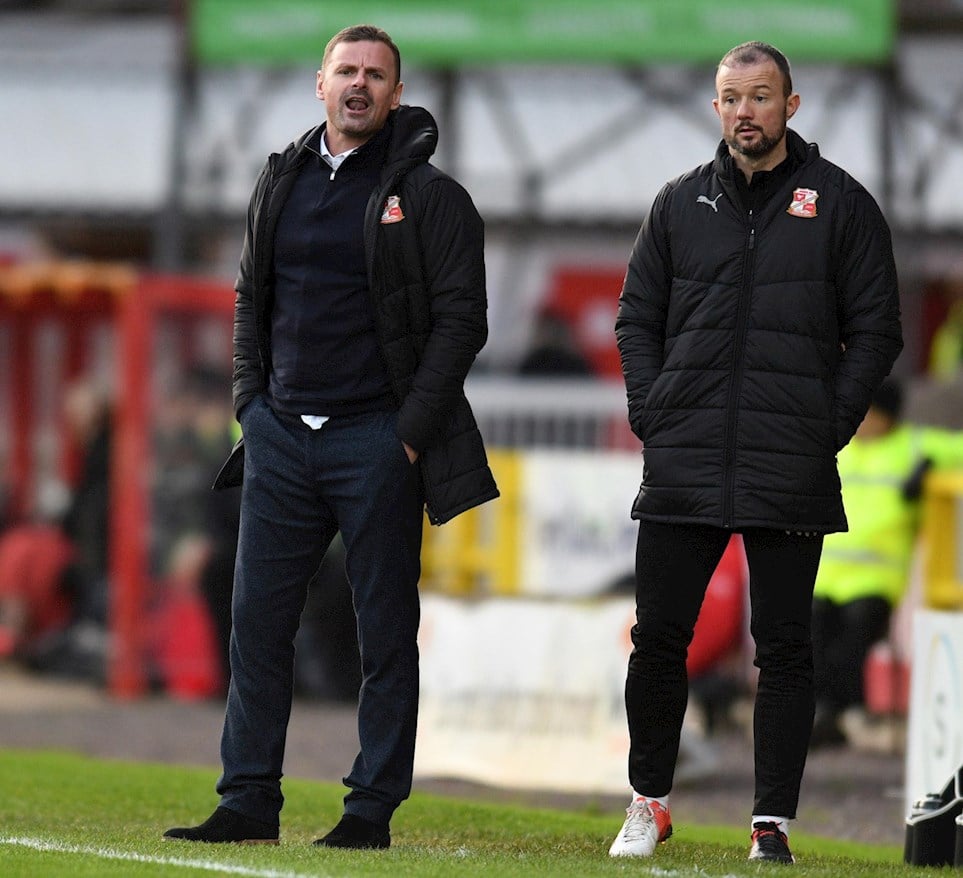