Keshi Anderson scored on his return to the Swindon starting XI to salvage a point against Northampton at Sixfields.

Andy Williams had put the Cobblers ahead inside five minutes, slamming in from close range in a half that the home side went on o edge.

Anderson’s low drive just past the hour mark was enough to grab a point for Swindon.

The only action before Williams’ goal was a less-than-Christmassy tackle from Dean Bowditch on Keshi Anderson leaving the returning attacker down and rather annoyed at the lack of festive treatment from his opposite number.

Two minutes later, he nor his team-mates were in a good place – Kevin van Veen crossed wickedly and the nuisance Williams crashed the ball home.

Town were trying to play but it was the Cobblers who fashioned the better chances – Lawrence Vigouroux had to be in tip-top form to prevent a second in the ninth minute – Williams spun on a sixpence and drilled low and hard but the stopper was there to parry and collect as the ball went loose.

Kaiyne Woolery created Town’s opening chance – sprinting down the right, he was away from Aaron Pierre. He cut back towards Jermaine McGlashan but Ash Taylor got in front of him to deny the Town man a clear sight of goal.

The next big chance fell to the hosts – Michael Doughty slid in, in front of his defence but inadvertently played to Williams. The striker struck low and hard but Vigouroux got a hand to it, but couldn’t stop the ball from trickling goalwards – Sid Nelson was there to deny a second.

Swindon’s next big chance came through the visitors’ pace on the right once again – Vigouroux caught a floated cross and sidewinded from his hands out to the striker. That set McGlashan free but his squared pass was behind Woolery and his view of goal wasn’t as clear cut as it could have been.

In an end-to-end tie – Nelson has to be on-hand again three minutes after. A crazy period of play ended with the centre-half in front of a goalbound shot once again and Matt Taylor booked for a foul earlier on in the attack.

After the interval, both sides were cancelling each other out – and it didn’t feel like a goal was coming as the hour mark passed.

Two minutes later, and the best move of the game produced the equaliser.

Matty Taylor cut inside his man in the centre circle, drilled a pass into Doughty’s midfielder and as he spun he found Elijah Adebayo who flicked onto Keshi Anderson. The returning wideman made no mistake with the finish.

That seemed to rock the home side and Town created more in the remaining 25 minutes. With 18 to play, Woolery chased an up-and-over ball, and tapped to Adebayo who had his shot deflected behind.

In the 80th minute, confusion consumed the ground when the referee gave an inexplicable penalty against Kaiyne Woolery who had appeared to be kicked in the face diving to clear the ball.

Common sense eventually prevailed, however, when a free-kick was given the other way.

The substitution that brought Jak McCourt into the fray definitely had a positive effect for the visitors – he broke down the right and squared but with no-one on the same wavelength as him and Hakeem Odoffin hooked clear.

McCourt was involved again two minutes later, he slipped a pass through to Woolery who managed to get the ball past the goalkeeper but not past Pierre who slid in on the line to clear.

In a manic end to the game, Northampton almost snatched it – Williams found himself on the edge of the box and curled an effort to the right post – Vigouroux’s left – but, fortunately for Town, the ball ricocheted away.

In the end, a point seemed a fair result 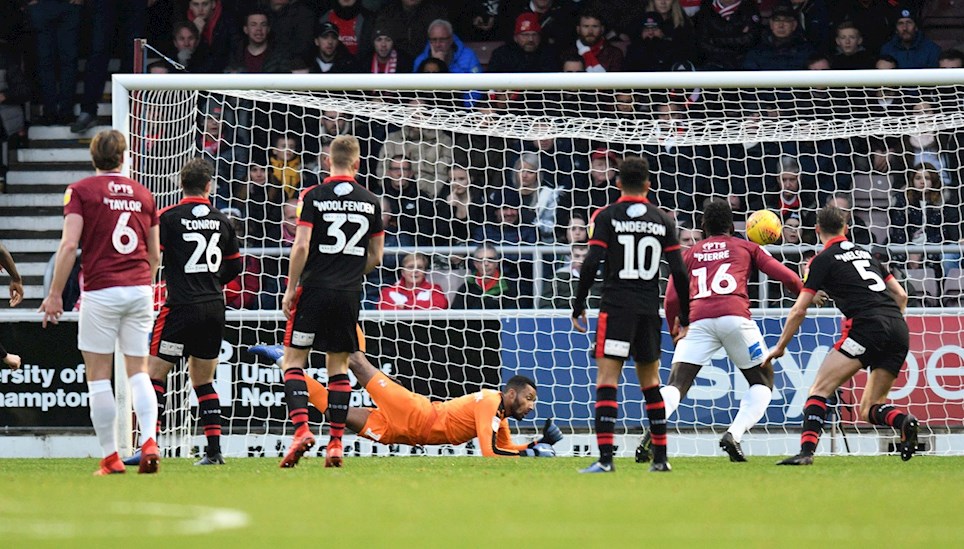 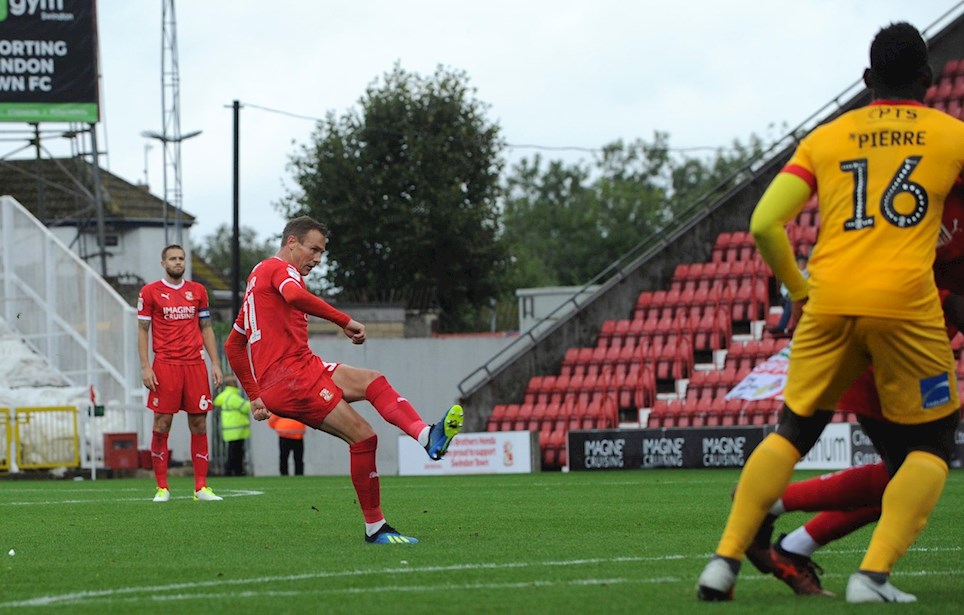 
Swindon face Northampton hoping to start a run of three games in seven days with a rare Boxing Day win.