Ollie Banks already has a good idea of what to expect from Lincoln City and he knows that his team-mates will have to be at their best on Saturday.

The Imps are right in amongst the battle for promotion having carried on the momentum that was built from their promotion last season.

And Banks has stressed that he and his team-mates will prepare right to make sure they are ready to go toe-to-toe with Lincoln at Sincil Bank on Saturday.

"I went to Lincoln last season as part of their good FA Cup run and we were obviously on the wrong end of it," he told the local media earlier today.

"I know what to expect from Lincoln.

"They are going quite well, they are a good side and they pose a lot of threats. 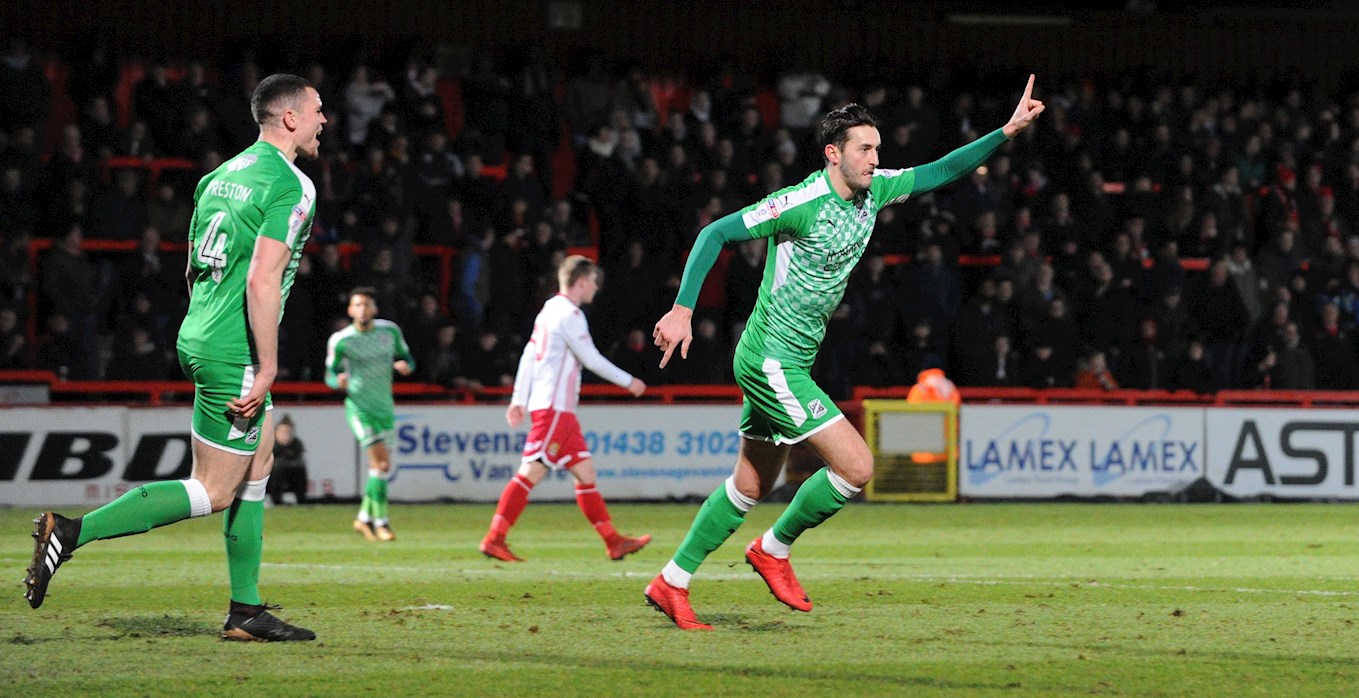 "We'll do our work in the next couple of days and get ready for it.

"Sometimes it is the teams that aren't doing so well in the league that can come and bite you, so I would like to think that the teams around us take care of themselves.

"Hopefully we can get the three points."

And Banks went on to describe both his winning goal against Stevenage in midweek and the testing conditions.

"A few of the lads didn't think I had a header in me but I've scored a few in the past and obviously Tails (Matty Taylor) has got great delivery from set-pieces," he added.

"It was about trying to meet it at the right time, luckily I did and the the keeper didn't react in time.

"I know what to expect from Lincoln. They are going quite well, they are a good side and they pose a lot of threats. "

"You looked at the pitch and it was a horrible night, windy, rainy, and it was never going to be one for the purists.

"We knew what was coming, we prepared ourselves, the Gaffer prepared us and we went out there and did a professional job."

Finally, Banks feels that the settling-in process at Town couldn't have gone any better and he already feels part of the furniture.

"I feel like I've been here a lot longer," he continued.

"There is a great set of lads in the dressing room and everyone is pulling in the right direction and that's a massive thing."