Alan McLoughlin has set no real expectations for his U18's ahead of their Merit League opener against Luton on Saturday.

The young Reds capped off a fine season in the Youth Alliance League by finishing third, despite having had to blood a whole host of First-Years.

They will now hope to compete in the Merit League but McLoughlin will be happy as long as his players give it 100%.

"It is just about progression really and it is about maintaining and improving their standards," he told swindontownfc.co.uk.

"We finished third in the Youth Alliance which was a great achievement considering that we competed against the likes of Bournemouth, who are a Premier League outfit.

"Exeter won the league but we finished inside the top five and that takes us into the Merit League 1, which is a whole new league and there are ten teams in that league.

"We'll be going up against the likes of MK Dons, Cambridge, Luton, Gillingham and Southend and I would like this league to be a little bit earlier because it then becomes more competitive.

"We are currently trying to bring through one or two U16's to give them experience of playing.

"There could be some negative feedback from some of the boys because they may well be released by the midway point of the Merit League.

"Results aren't everything but the progression and the development of the players is, and it is a whole new set of teams that we will be playing against. It is a good opportunity to test ourselves against them."

"We don't know when those decisions will be made but the players have to remain focused until the end of the season.

"I'm just expecting us to give it a good go. I've been pleasantly surprised with the quality of our play this season, considering that we've had so many first-years.

"It will be hard to maintain that and we've also had to play in every reserve game over the last few weeks, which has resulted in a few injuries to a couple of key players.

"Results aren't everything but the progression and the development of the players is, and it is a whole new set of teams that we will be playing against.

"It is a good opportunity to test ourselves against them.

"There is lots to play for, we want to win games, we want to get into a good habit and we've only lost six games this season which is fantastic.

"I go into the Merit League with open eyes and no real expectations, just as long as the boys perform consistently well and I see improvement from them in training and in these games." 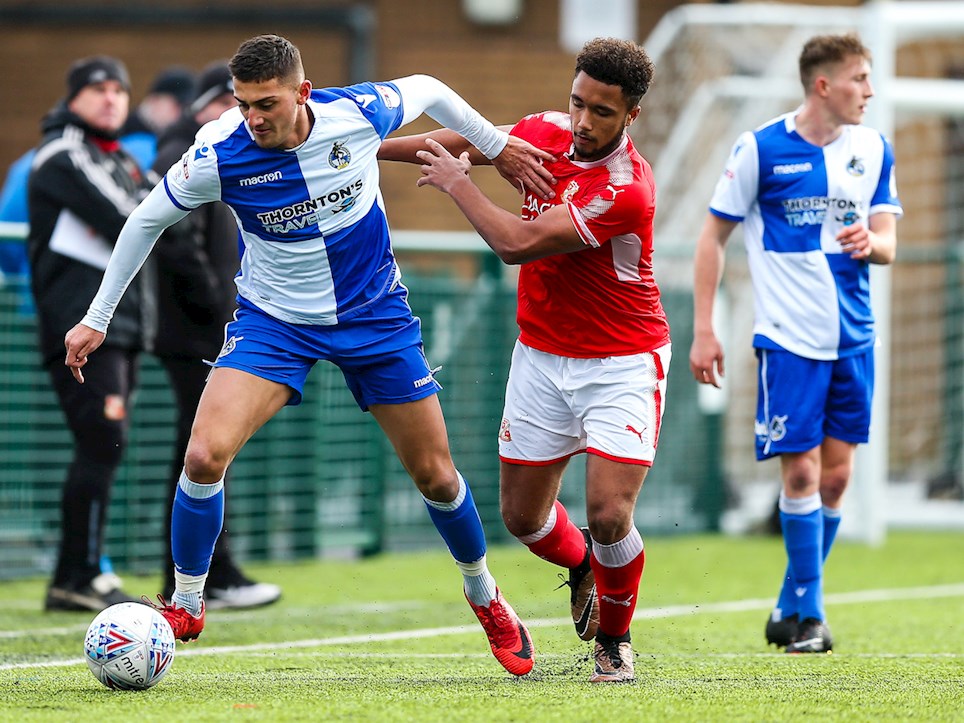 U18's Make It Two Wins Out Of Two In Merit League


Swindon Town U18's maintained their perfect start in the Merit League courtesy of a 3-2 victory against Stevenage on Saturday. 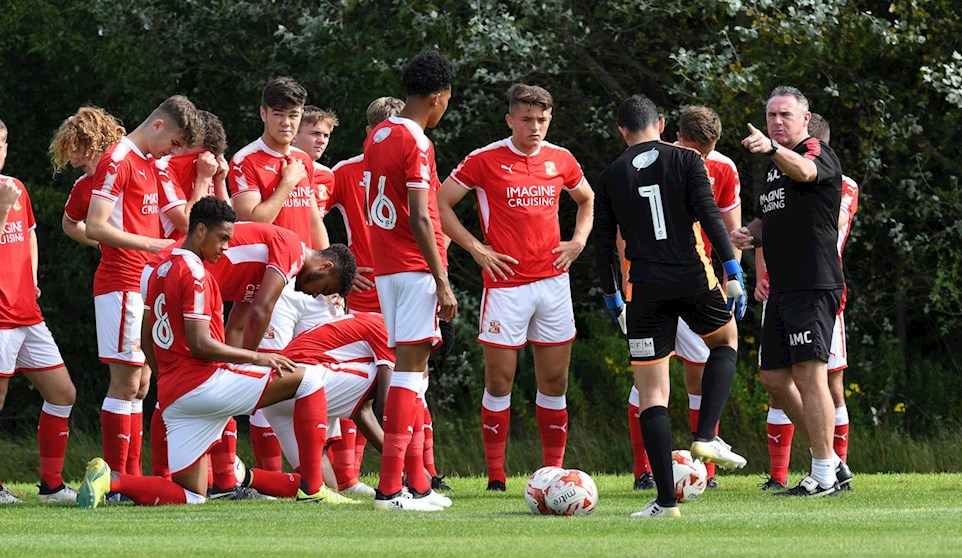 
Alan McLoughlin was a happy man after seeing his Swindon Town development side romp to a comfortable 8-2 victory over MK Dons in the Central League earlier today.