Billy Kee opened the scoring from the penalty spot, although the Reds were unlucky not to be ahead already by that point having carved out a couple of decent opportunities.

Kayden Jackson added a second for Stanley after the break before Marc Richards pulled one back, but Kellan Gordon's dismissal halted any momentum and Town were unable to find an equaliser.

There were three changes in total for Town from the side that defeated Lincoln City on Saturday with Rollin Menayese replacing the suspended Matt Preston.

Kyle Knoyle came in to replace Kellan Gordon, who dropped to the bench, at right wing-back while James Dunne was handed a role in the middle of the park with Keshi Anderson remaining in Wiltshire.

Both sides came into this contest on a freezing Tuesday night in good form with three points huge for either team.

And Town were able to enjoy a very bright start as they made their intentions clear from the off, with Timi Elsnik spinning his man before lashing a shot from distance just over the bar.

Luke Norris then saw a powerful drive deflected wide with the home side unable to get out of their own half, with Aaron Chapman having to get down low to smother a first-time effort from Ollie Banks from the resulting corner.

Accrington did eventually grow into the game and they were enjoying a period of pressure, getting plenty of crosses into the box.

Town were only able to half-clear one of those crosses and it fell at the feet of Scott Brown, who was only able to blaze way, way over.

Banks, who has been so impressive since his arrival in January, was so close to opening the scoring with his audacious effort from 40-yards being tipped wide by Aaron Chapman.

However, the Reds were hit with an almighty sucker-punch mere moments later with Stanley awarded a penalty after Matty Taylor fouled Sean McConville inside the area.

And Billy Kee was able to send Reice Charles-Cook the wrong way from the spot to give the hosts an early lead.

Kee then attempted to double his side's advantage with an acrobatic overhead-kick, but it was a fairly easy one for Charles-Cook to be able to deal with.

Town were being frustrated in their efforts to get forward but when they did they were unable to make the most of it with Norris sending a shot high and wide.

The sting had seeped out of the game with clear-cut chances few and far between, although Charles-Cook had to get down low and push away Scott Brown's well-struck drive following a mistake at the back.

Matty Taylor saw his free-kick tipped over the bar by Chapman and that proved to be the end of a tight first-half.

It didn't take Town long to freshen things up in the second-half with Kellan Gordon and Paul Mullin replacing Kyle Knoyle and James Dunne respectively with just six minutes played after the interval.

Accrington were on top in the opening exchanges of the second-half and they nearly grabbed a second with Kayden Jackson seeing his strike deflected behind after the striker was played through by McConville.

Both Elsnik and Banks saw efforts blocked as Town looked to be getting into the game, but they were soon brought back to earth. 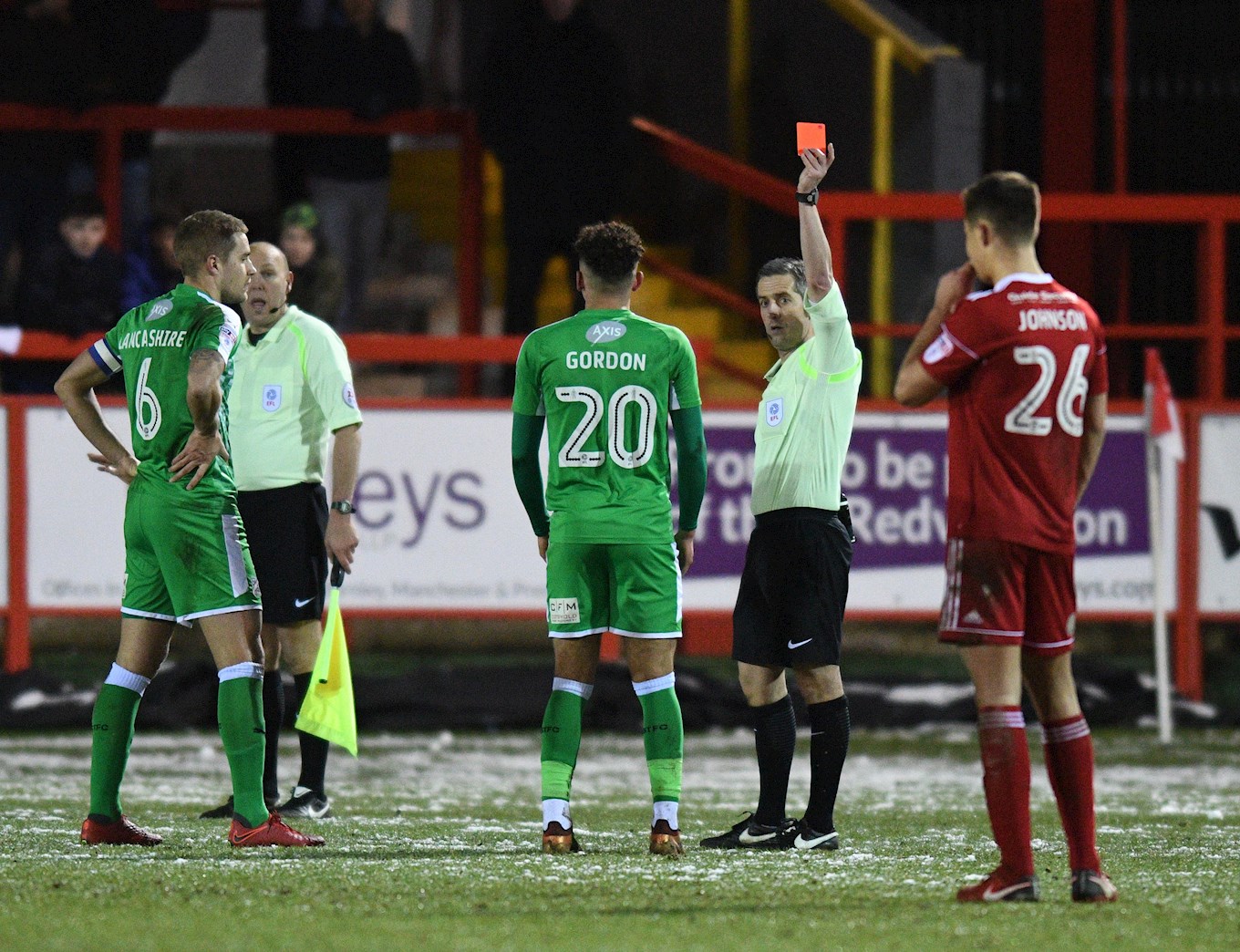 Moments after McConville lashed wide, Jackson, who was once on the books at SN1, raced clean through and was able to tuck home past Charles-Cook who raced off his line.

With time running out, Town made their final change of the night with Kaiyne Woolery replacing Norris and it certainly worked a treat as the visitors were awarded a penalty minutes later.

Mullin was knocked down inside the area and Marc Richards made no mistakes from twelve-yards to keep his recent fine scoring run going.

But Town were dealt another blow late on as Gordon, who had only been on the pitch for twenty-minutes or so, was shown a straight red card following a coming together with McConville.

Charles-Cook had to be alert twice in quick succession towards the end of the game, first to claim a curling effort from Kee before he did well to push away Jackson's shot after the striker had raced clean through on goal.

No Town player was on hand to meet Taylor's fizzing ball across goal in stoppage time, and that proved to be it with Stanley holding on for the win.


Swindon were denied a second win of 2020 by a late Shay McCartan free-kick after Jerry Yates’ early penalty put Town ahead. 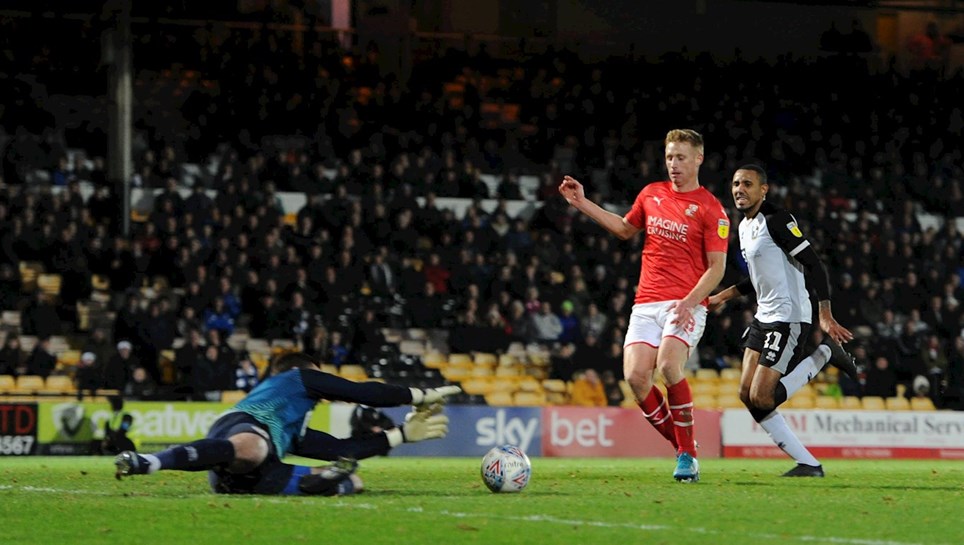