Swindon Town endured a frustrating day at the office on their way to suffering a 2-1 defeat at the hands of Chesterfield at the Proact Stadium this afternoon.

Chris O'Grady bundled home from close-range in the opening minutes to give his side a dream start, a lead which was doubled shortly after the interval courtesy of Andy Kellet's neat finish.

Ollie Banks was then handed an early bath and, despite Chris Robertson pulling one back, the Reds returned to Wiltshire empty handed.

Town made three changes in total from the side that beat Port Vale 3-2 seven days previously, with perhaps the biggest boost coming in the return of Olly Lancashire from injury.

Kellan Gordon replaced the injured Timi Elsnik and Paul Mullin took his place up top alongside Marc Richards, with both Chris Robertson and Luke Norris dropping to the bench.

With the end of the season fast approaching, three points were crucial for both sides for two completely different reasons with Chesterfield looking to climb out of the relegation zone, while Town were hoping to keep the pressure on the top three.

But it was the home side who flew out of the traps as they took the lead with just two-minutes gone on the clock. 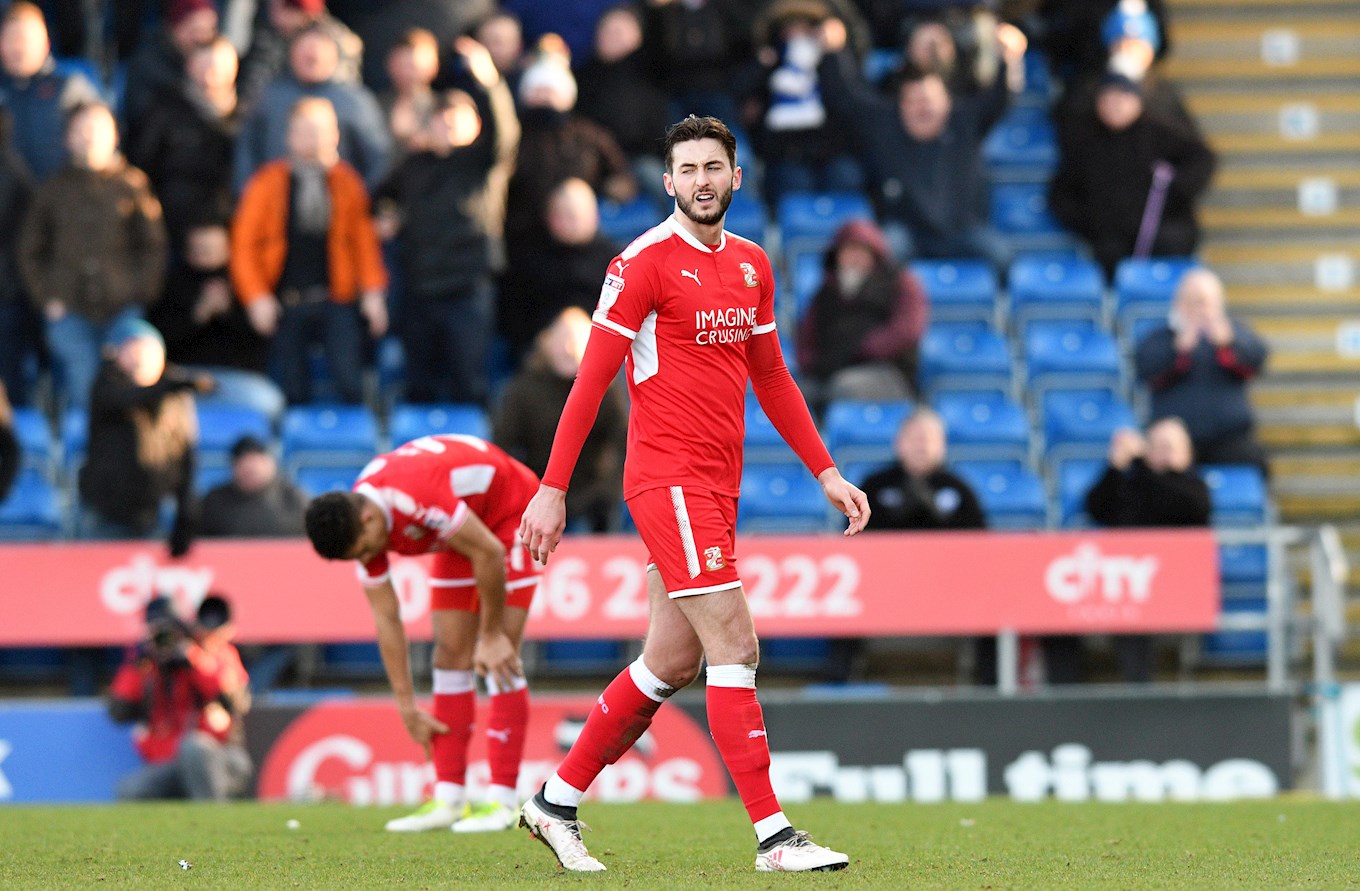 Good link-up play between Drew Talbot and Andy Kellett saw the latter whip in a cross which was punched clear by Reice Charles-Cook, but it rebounded off Chris O'Grady and into the back of the net.

Town regrouped well after that early set-back, however, and they went close to restoring parity with Matty Taylor seeing his long-range free-kick pushed around the post by Aaron Ramsdale.

The game had become a bit of a midfield tussle with chances at either end a real rarity as Town continued to be frustrated.

And they were dealt another blow with less than half-hour played as Olly Lancashire was forced off with an injury, with Chris Robertson his replacement.

Marc Richards could only fire an effort way over the bar after a corner was only half-cleared, while Talbot flicked a header inches past the far post at the other end on the stoke of half-time.

Chesterfield wasted little time in doubling their lead after the break as Kellett was fed by Jak McCourt, and the winger was able to race towards goal before cutting in and curling a strike into the bottom corner.

Town tried to muster up an immediate response in the wake of that goal as Richards saw a shot inside the area blocked, before Keshi Anderson's volley struck Rollin Menayese and went out of play.

McCourt nodded wide at the other end before Swindon decided to go for broke by making a double change.

Luke Norris and Kaiyne Woolery were both introduced into the fold, with Anderson and Gordon going off, and the pair nearly made an immediate impact.

Good work from Norris created an opening for Woolery who rattled the crossbar with a well-struck shot, before Taylor dragged the rebound wide.

Norris then sent a header over from a corner after Woolery saw his effort deflected behind, while Richards could only thump a header inches wide as the Reds continued to bang on the door. 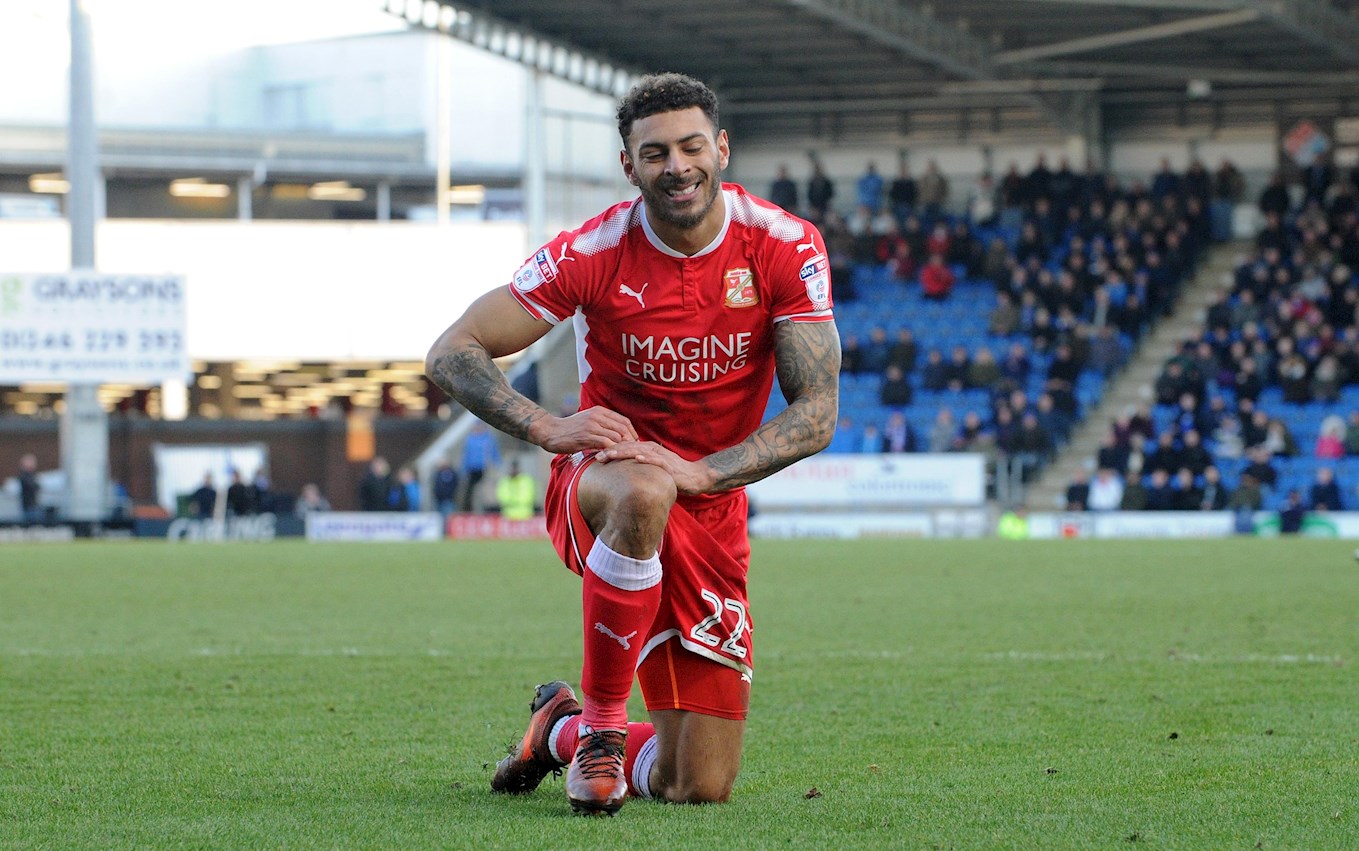 But Town's momentum was halted with less than twenty-minutes remaining after Ollie Banks was shown a straight red card for a late challenge on Louis Reed.

However, the visitors were able to claw their way back into the game late on with Chris Robertson powering home a header from a brilliant Taylor delivery.

Woolery then blasted wide and he was also off-target with an effort minutes later after beating a defender with his blistering pace, and that proved to be it with Chesterfield holding on to claim all three points.