Paul Mullin was full of praise for Town's mental toughness after scoring the winner in the 3-2 win against Port Vale on Saturday.

The striker came off the bench and made an immediate impact, getting on the end of Kyle Knoyle's header and flicking the winner over the head of Vale keeper Ryan Boot and into the back of the net.

It wasn't a vintage performance from Town who have had to navigate a gruelling run of games in recent weeks, and Mullin felt his side's mental toughness was key to winning the game.

"It was a tough game. We've had six games in about twenty days and we were a little bit sluggish on Saturday, but in the end the mental toughness shone through," he said.

"I went on to try and make a difference, score a goal and make us more attacking.

"I've seen a cross-field pass from Ollie Banks, I saw Kyle (Knoyle) get ahead of the defender and as soon as he headed it I knew I had to get across the defender and it was just a touch to try and take it over the goalkeeper.

"Thankfully it has gone in.

"We've had a lot of games in a short period of time and all tough games against teams in and around us, so you could tell on Saturday that it was a little bit sluggish. 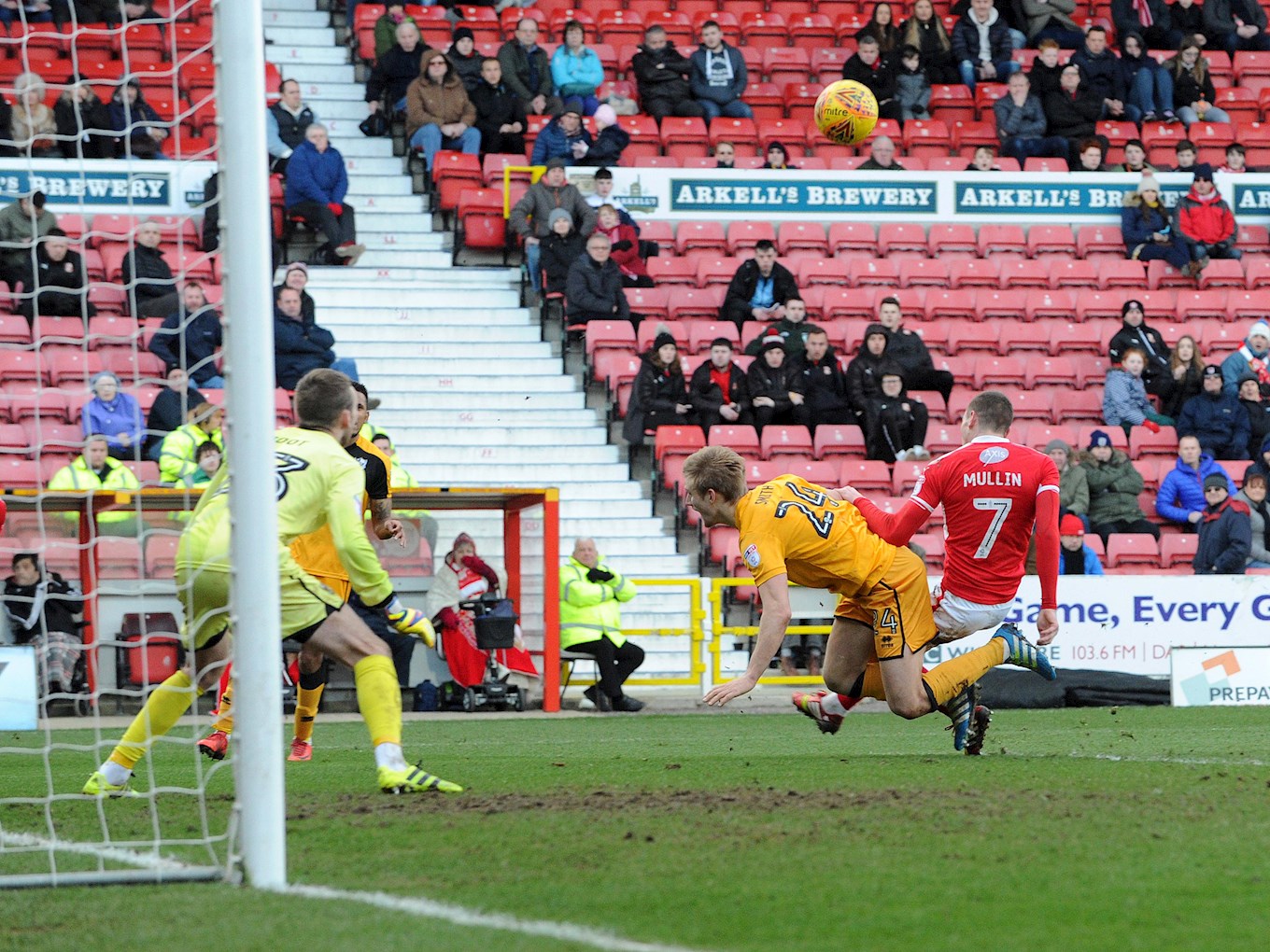 "It was more about mind and heart and we've won the game, which is the main thing.

"We found the extra bit on Saturday and I think that's going to be the difference come the end of the season.

"We know it is going to be a tough end to the season, we've got twelve games left now and the end goal is to obviously go up."

Mullin's goal on Saturday was his first since October 2017, which also came against Port Vale, and it meant a lot to the striker who has had to wait for his chance in recent weeks.

"Every goal is great, none more so than when you haven't been getting as much game time as you would have liked," he added.

"It feels even better to come on and score the winner for the boys.

"The aim is a starting place. The Gaffer has got plenty of forwards at the club and we all try to give each other some competition and that's all I do every day.

"Hopefully the goal can do that as well."