Swindon Town Boss Dave Flitcroft spoke to members of the media in the wake of our 2-1 defeat to Chesterfield earlier today.

"After a minute you are a goal down and I don't think we recovered well. Usually that stimulates you to recover, we didn't force enough of our play onto them and we didn't give them problems.

"I was really disappointed with the first-half performance and with our quality in our work and making bad decisions.

"We didn't run hard enough for each other and that was the biggest thing from the first-half, we didn't give each other enough angles, we let each other down and it was a really disappointing aspect. 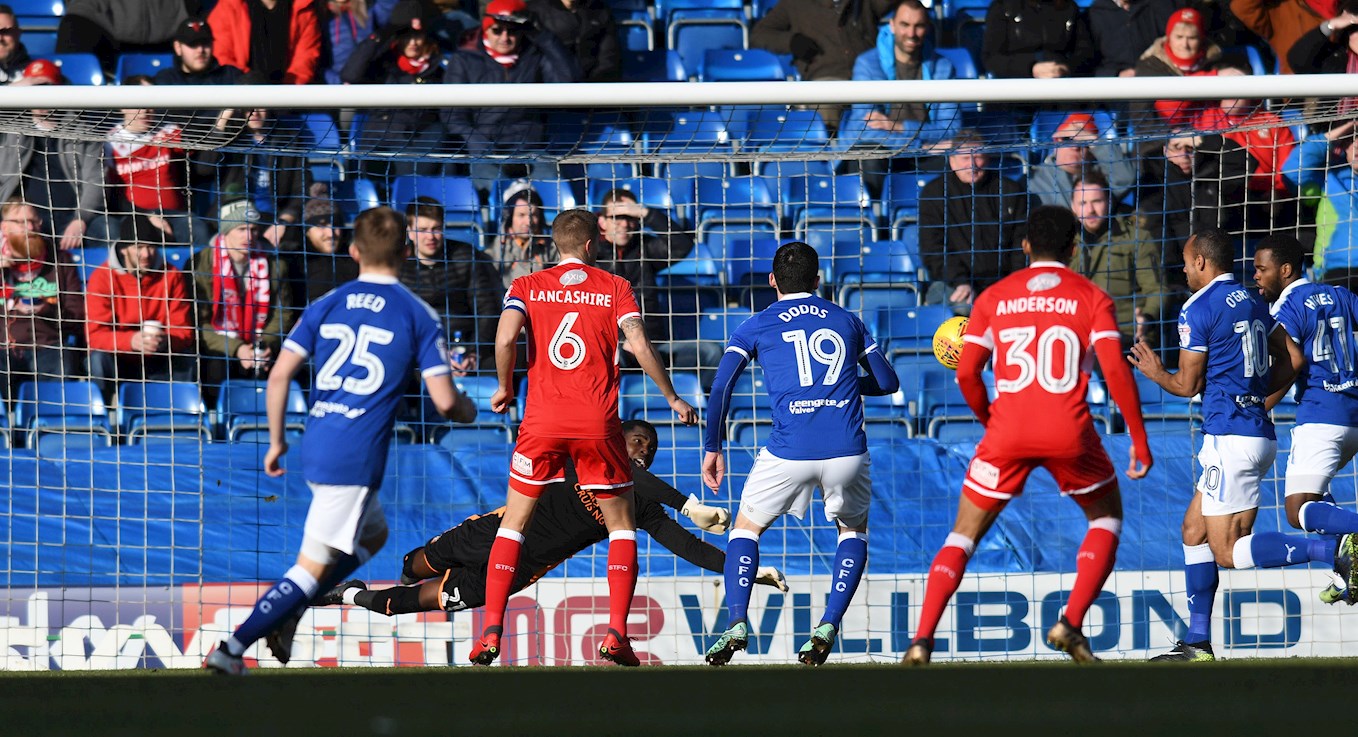 "There was a real surge in the second-half and a real positivity with Kaiyne Woolery's interjection, Luke Norris really got us on the front-foot and it looked like a fighting performance.

"Certainly at 2-1 I felt like we bustled our way back into the game but we didn't keep the ball alive enough towards the end of the game and they saw it out.

"Chesterfield wanted the three points more than us in the second-half so credit to Jack Lester and credit to his players.

"We've got a lot of work to do next week on the training ground to get us back to the level of performance that the fans deserve."

"They were 2-0 up and they had one shot on target and it was just really sloppy.

"There was just that lack of professionalism to keep the ball out of the net and we don't deal with the first cross they put in." 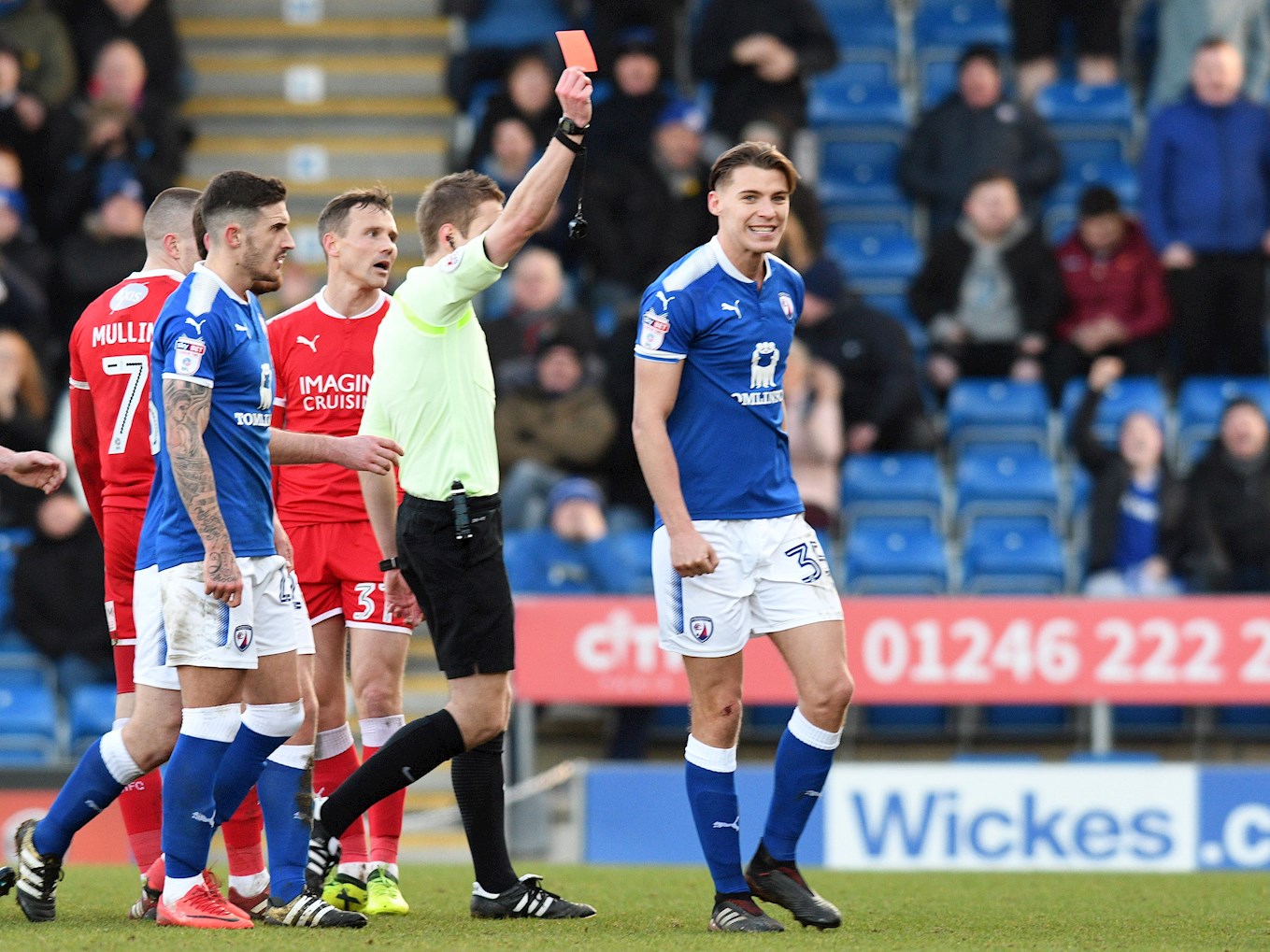 "I spoke to the linesman and he said that it looked a bad one from  his angle.

"Usually when you see a referee make a decision so quick, he's seen something that he's not happy with and it looked like an over-stretch.

"We don't want players injured and there will certainly be no defence from me if it is an over-the-top challenge." 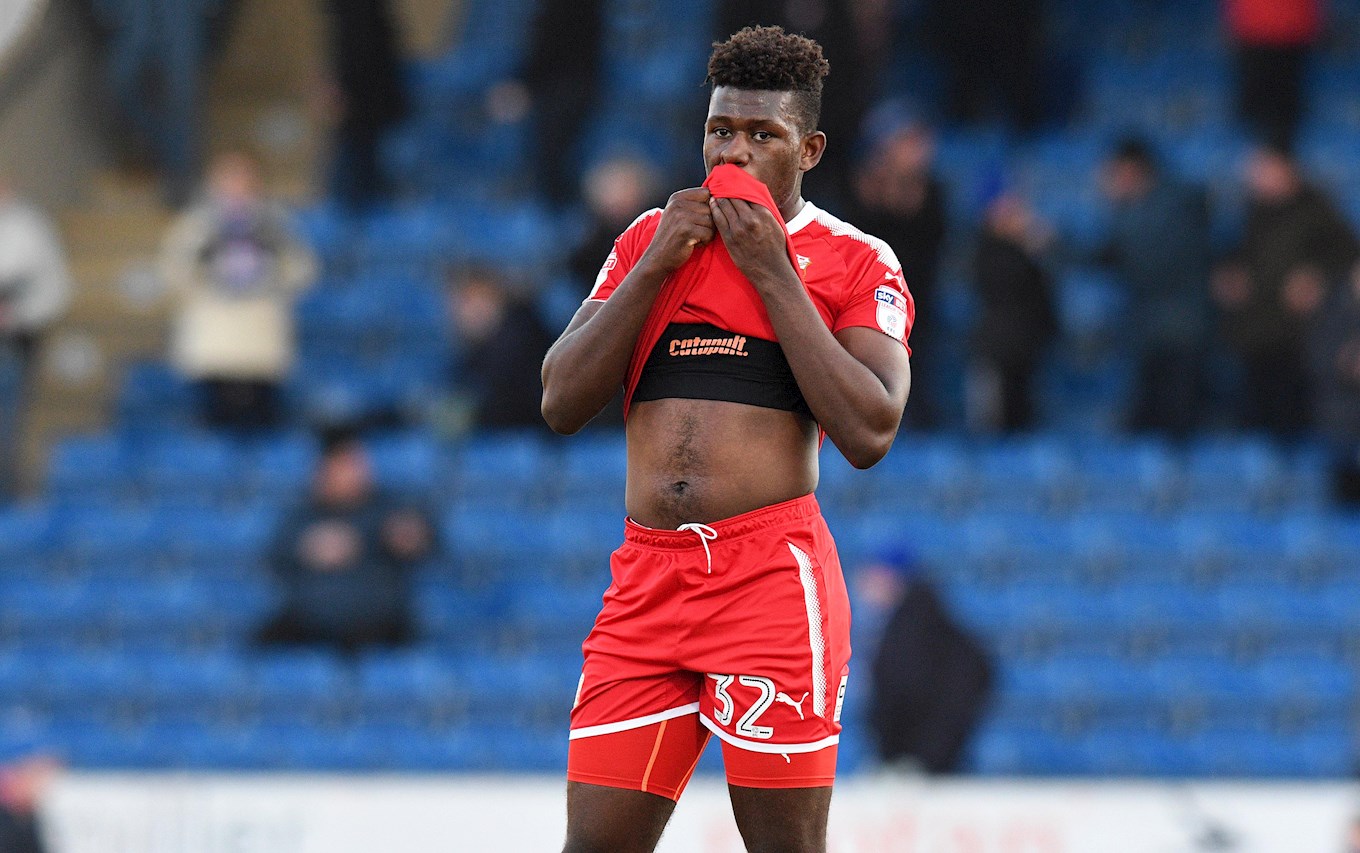 "He's not pulled his calf, it isn't his ankle.

"It is a different injury, we got the ankle settled down but it is like any other injury, once you start messing around with one part of the body something else might go because you are overcompensating.

"I don't know the damage yet or the extent, but it is certainly a calf injury."

"We've pinned teams in at home with Luke Norris' and Marc Richards' partnership, but I wanted to give us some counter-attacking options and I felt Mulls, with the way he's been training and chomping at the bit, was a definitive starter today.

"He totally deserved the chance to come and start but we didn't retain the ball in midfield enough and we didn't offer the service that Rico and Mulls deserves."