Matty Taylor was happy to contribute to a big victory against Mansfield Town and was full of praise for the collective effort put in by his team-mates.

The defender scored the only goal of the game just before half-time, finishing off a wonderful counter-attacking move which was started by Keshi Anderson.

The victory propelled Town into the Play-Off places and Taylor was well aware of the importance of the three points.

"It was a swift counter-attack which was surprising given that I was involved in it! The end result was the winning goal and that was nice because we haven't won too many games by that scoreline," he said.

"We defended very well and, in my opinion, thoroughly deserved the three points.

"I recognised the space, it was played nicely to me by Timi (Elsnik), it just opened up and the goalkeeper probably shouldn't get beaten at his near post, to be quite frank.

"It was nice to see it go in and it got us on the way to what was a vital three points.

"Mansfield are a very strong team, they hadn't been beaten in near enough eighteen or so games, so it was a big result for us today.

"That's what we've got to do from now until the end of the season if we want to be successful.

"We've got to pick up some points along the way and we've now got another difficult game against a direct rival coming up on Tuesday night. 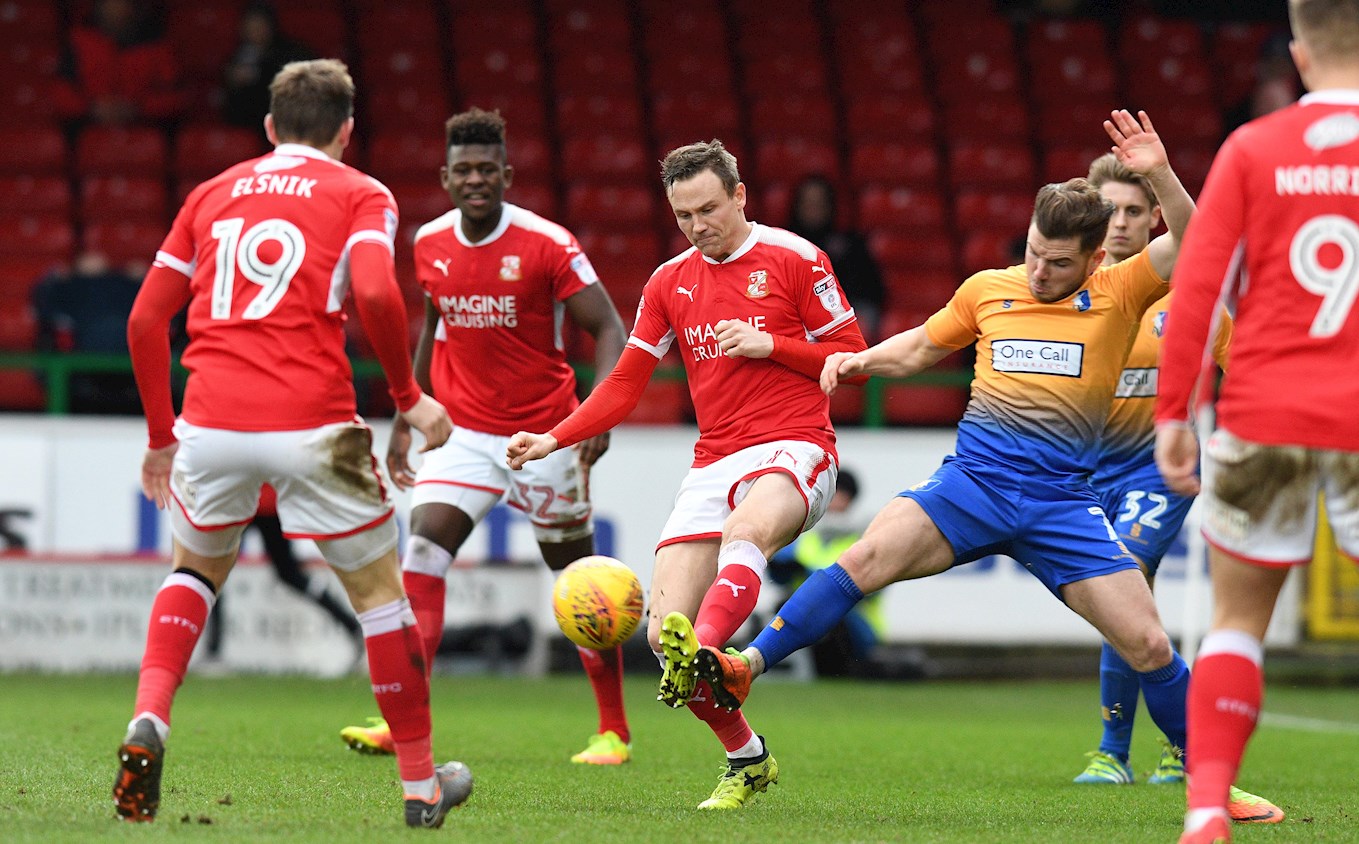 "If we are going to be successful this season then it is going to be down to what we do in the building with the group of players we've got."

And Taylor was also full of praise for young wing-back Kyle Knoyle, who enjoyed a fine display this afternoon.

"Kyle has at times doubted himself too much, whereas I don't doubt him, his team-mates don't doubt it but that is the type of person he is and hopefully today he will take great pride from being part of a good team performance," he added.

"I thought he was exceptionally good going forward, he was great in the air and hopefully it will help him along the way in realising his potential as a footballer.

"He was a young lad in the youth set-up at West Ham when I was there and it is just nice to see him carving out a career for himself in the game, so hopefully it will continue.

"He will grow and hopefully today will help him along that road.

"It is difficult as a young player, especially when you come into a team that has been successful and you wait and you bide your time and that's part and parcel of learning.

"It is like having a reset button and allowing yourself to make that mistake and move on.

"Kyle is a great kid and if I can help him in any way shape or form, then that will be vitally important and it is about giving the young players a voice, which we have at this football club."