Reice Charles-Cook was more than happy to endure a quiet day at the office in order to see his team-mates secure a hard-fought 1-0 victory against Forest Green Rovers on Saturday.

The keeper was a mere spectator at SN1 and only had to make one easy save with Luke Norris' thirteenth goal of the season enough to secure the three points.

"We've got two clean sheets in our last two home games now as well which is terrific and that's all you can ask for," Charles-Cook told iFollow STFC exclusively.

"Since we've gone with three at the back it has been excellent and I can only credit the boys for listening to the Gaffer's game-plan and sticking to it.

"Back-to-back home wins should drive the boys but we shouldn't get too excited either, but to grind out two 1-0 wins against two very tough teams is a very good achivement.

"You've got to give credit to small players like Kyle (Knoyle) and Ellis (Iandolo), it is not about size it is about your heart and they've both got massive hearts.

"They've been excellent since they've come into the side so credit where credit is due. 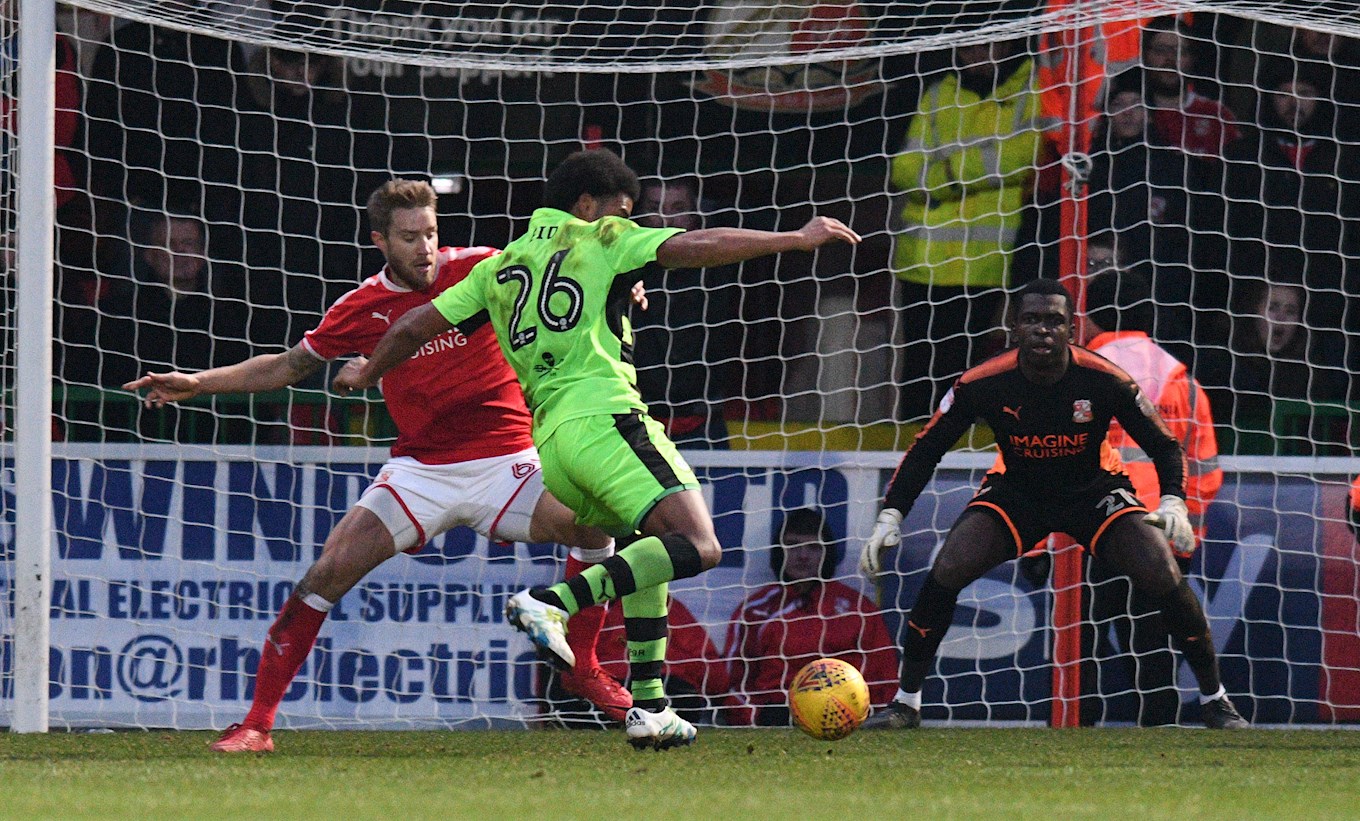 "I've had one thing to do and it is all about concentration. If I can keep on doing that then I'll take those kinds of games every week."

And Charles-Cook has also enjoyed the switch to a three at the back and was full of praise for his three central defenders.

"It gives me extra protection although it does leave spaces in other areas of the pitch, but we've adapted very well to it," he added.

"Robbo (Chris Robertson) has had a bit of time out of the team but he's come in and been absolutely immense, and you know what to expect from Lancs (Olly Lancashire) and Presty (Matt Preston) - they are class.

"Playing with three at the back is a lot easier for me and I've just got to be switched on for that one moment in the game."