- Boss talks about free week and what to expect from Forest Green.

- And The Gaffer reveals that Town are trying to turn Keshi Anderson's loan into a permanent deal.

ON CENTRAL LEAGUE DRAW WITH CHELTENHAM:

"It was a run-out for certain players. We got some rest and recovery into the players and then we really worked them on Thursday and Friday.

"It was important that we gave players who hadn't had as much game time a full game. Twiney (Scott Twine) played full 90 minutes after his hamstring injury and that was key.

"I was disappointed with the pitch if I'm being honest. It was a pudding so we took the decision to take Matty Taylor off at half-time and Kellan Gordon a little later, so we tried to get sufficient game time for everyone.

"It was a decent workout.

"I was disappointed with the quality at the end because you've got to be ruthless and see teams off, so it was interesting.

"I've got a really good group of players here who all want to play for the football club and want to do it right.

"That's the crucial thing when you are trying to fuse together the younger players at the club with senior pro's.

"That's what those games are important for." 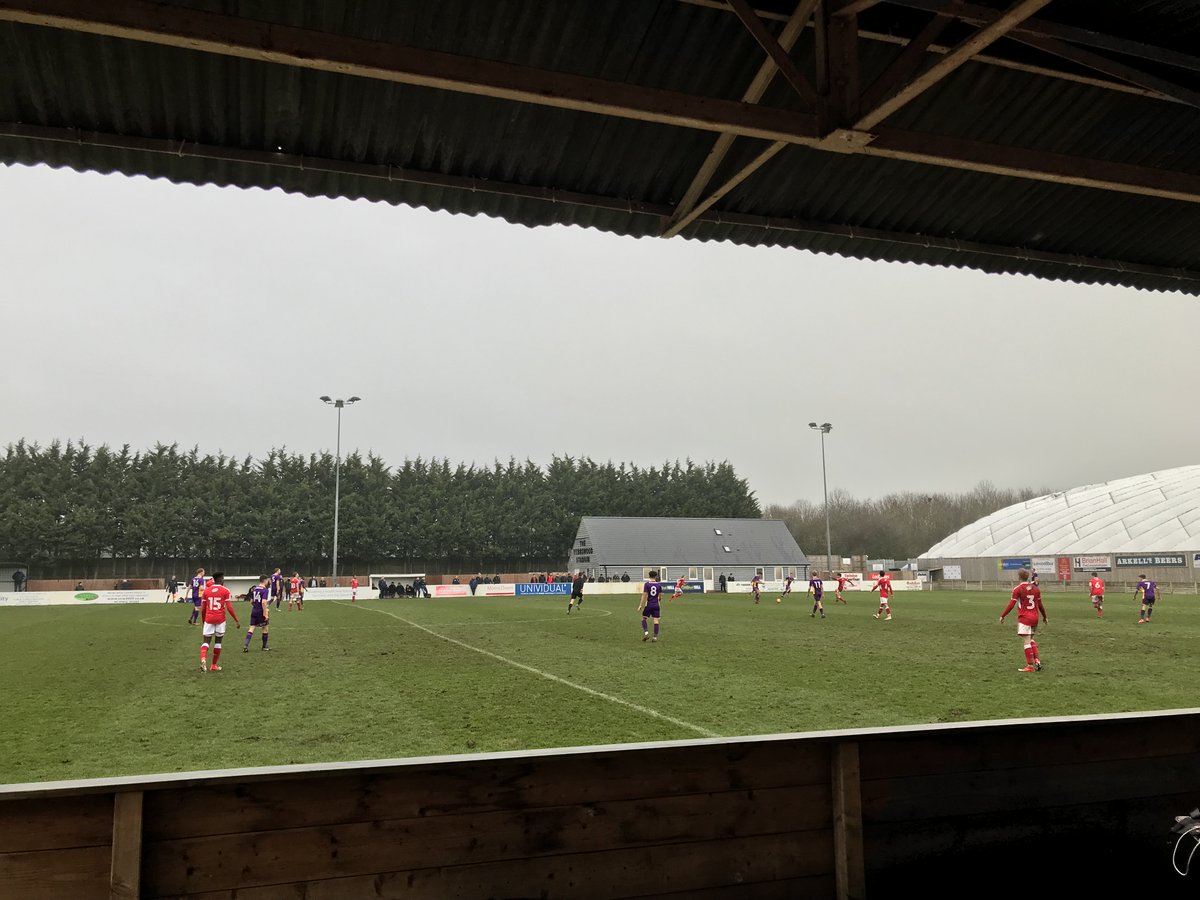 ON MAKING THE MOST OF A FREE WEEK:

"We had a really buoyant week this week. It helped going to the Superdome on Tuesday because it was a different stimulus.

"It is weird sometimes when you go inside on a different surface because you get real intensity and we got that in the session.

"I was delighted with the week we've had, they've all come through a good week and we're just looking forward to the game now.

"Anyone will say that players can do two, three games a week because they did it back in the day but the game is changing.

"Kaiyne Woolery was carrying a fatigue injury and his high intensity running figures are through the roof, so if you keep going at that then you are going to get problems.

"It was important that the players had two days off for recovery, we then did two really tough days to allow them to have the weekend to spend time with their families.

"It was fantastic and it came at the right time." 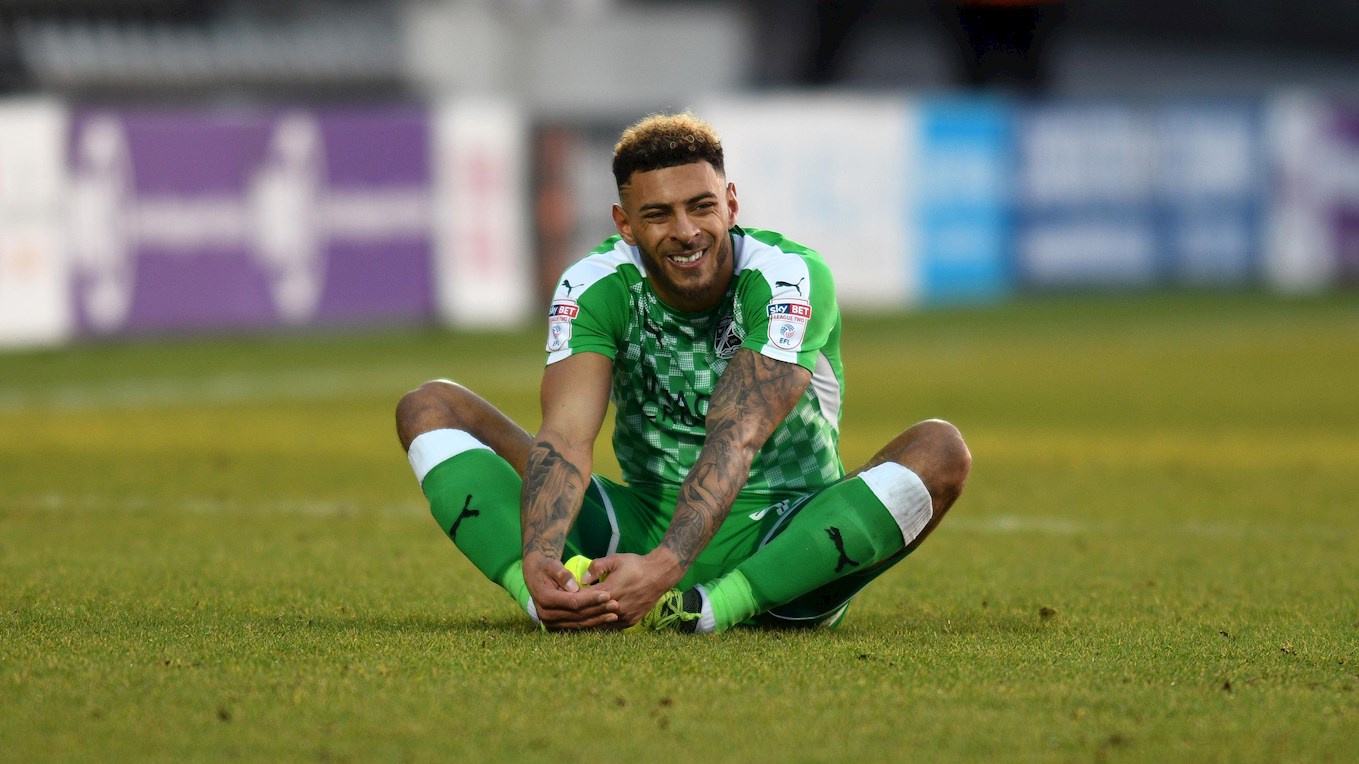 "They've got a certain way of playing and Mark (Cooper) has always done that - he's got a certain philosophy and Forest Green have had that for a long period. 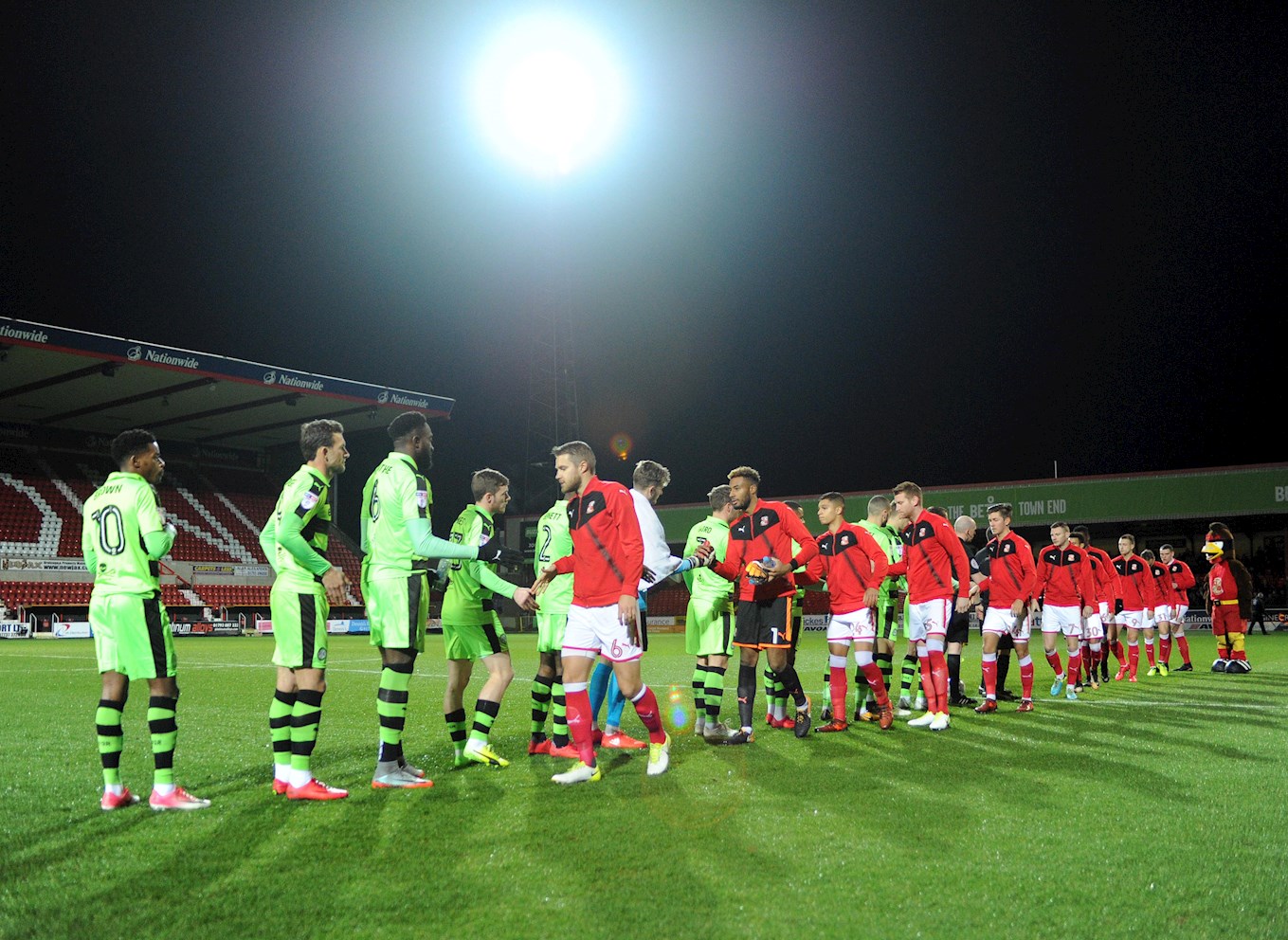 "It is important that from the 4-4-2 we've still kept two strikers up-front because Kaiyne Woolery and Luke Norris have been in fantastic form of late.

"Luke Norris has continued his scoring spree and his hold-up play and we've missed him at times this season.

"It is important to keep the two up-front and having the three at the back has given us more solidity in covering the space.

"It is then a case of how you can affect your wing-backs. At left-back it was probably a step too far trying Ellis Iandolo there because it is a specialist position.

"Wing-back gives him the freedom to defend and attack so he seems almost perfect for that role with his fluidity and his elegance and his running style.

"The system has suited our players but the performance against Crewe in a 4-4-2 was probably the most explosive and dominating that we've had this season, so 4-4-2 away from home seems to work brilliantly.

"That change has helped us to get back on track." 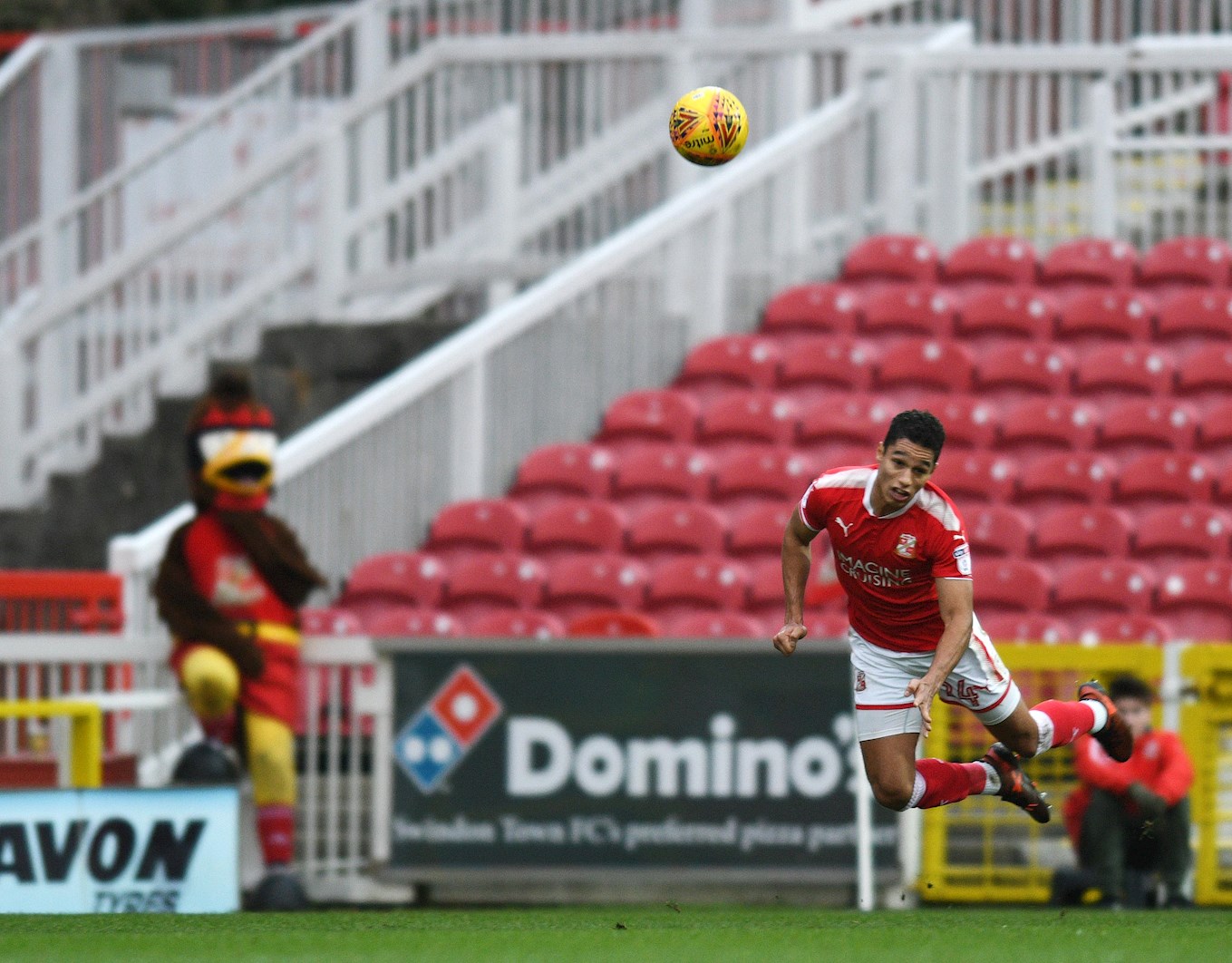 "He's probably had the biggest change of any player from when I started at the club. He had a mentality where it was okay to just play and look good on the ball.

"He's never moaned, he's got on with what he had to do and if he wasn't in the team he always asked me how he could get into the team.

"I've got sons myself and he's one of those kids who you would want as your son because he epitomises my values in terms of sticking to task and staying on something if you really want it. 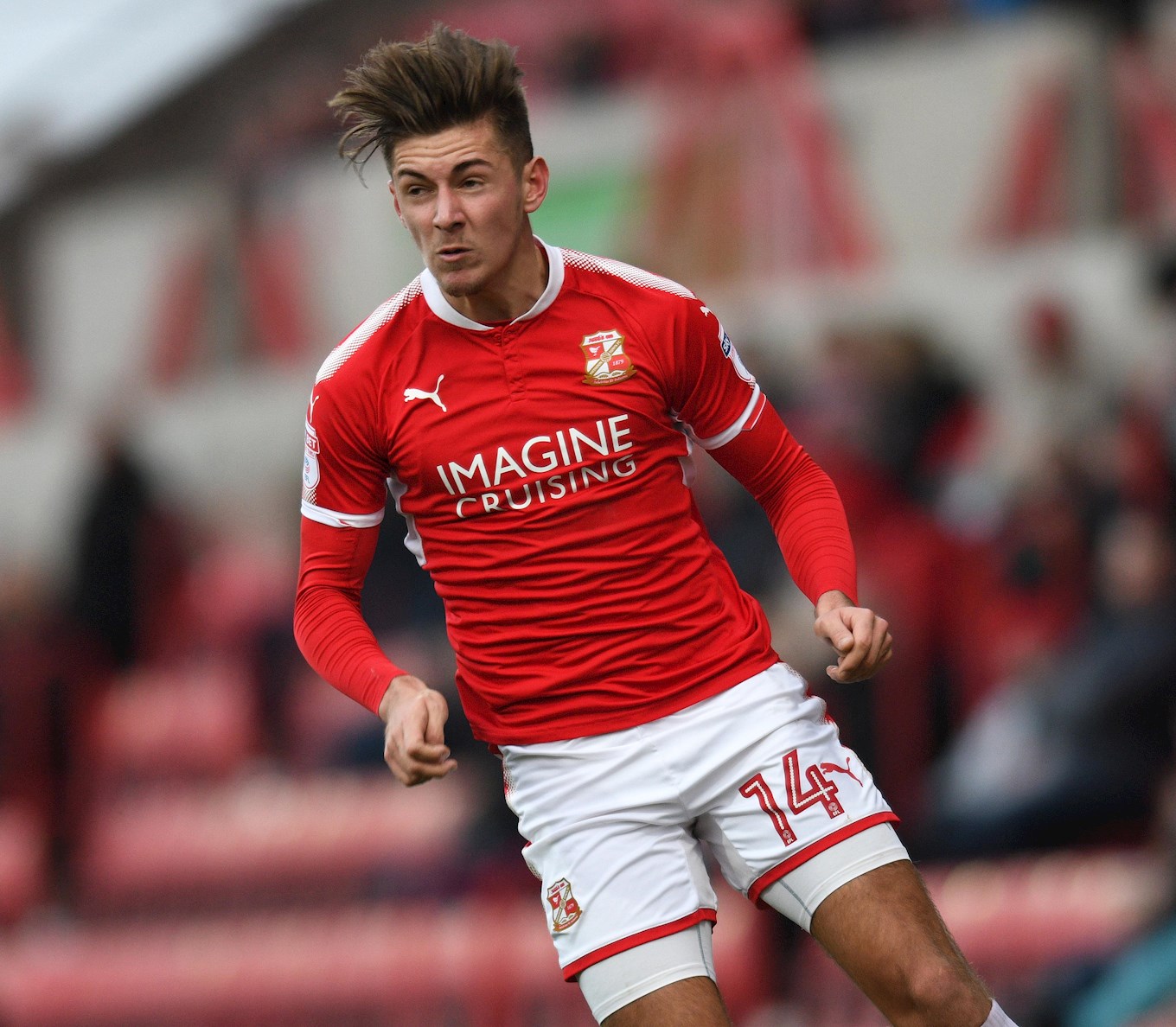 ON TRYING TO KEEP KESHI ANDERSON AT SN1:

"We want to make it a permanent deal and Crystal Palace do. They've been more than happy with how the loan has gone.

"Keshi has been out on loan before and it has worked in some instances and it hasn't in others, but he's played every game he's been available for and his performances have been good.

"I want to make it permanent because I generally believe that he could be a potential asset to the football club when I get him scoring regular goals and when he gets regular assists.

"He set the first goal up for Kaiyne Woolery at Crewe and then he's got the penalty. He can go either way and that's what I love about Keshi - he's not one dimensional.

"He's comfortable on the left and the right and he's had a lot of misses, if he's potentially scored those goals then we possibly wouldn't have the opportunity to get him.

"That's the potential we're hoping to invest in." 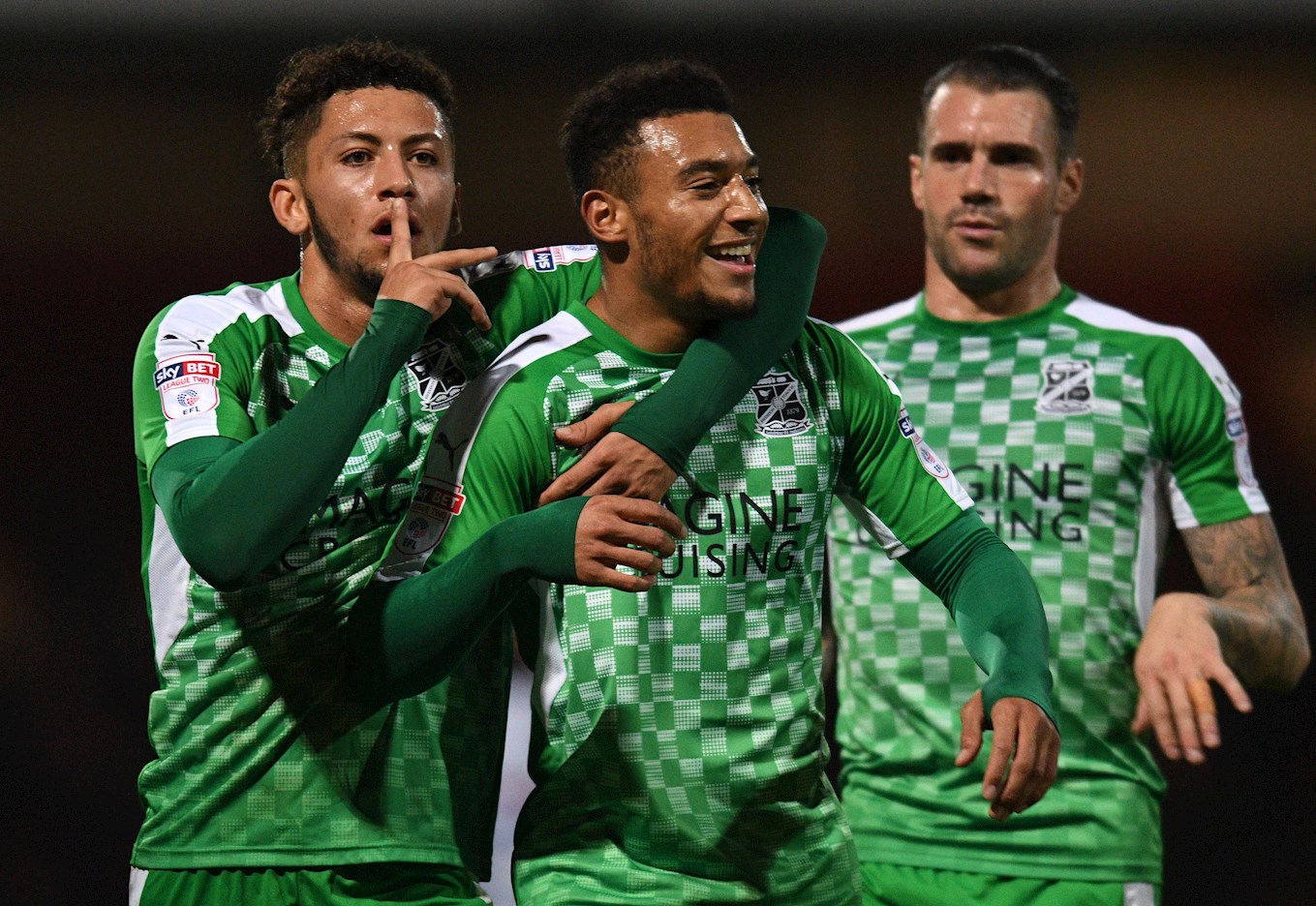 "You look at his record, you look at his promotion at Chesterfield with Paul Cook who only has good players playing for him and then last season at Oldham under John Sheridan where it would have been difficult and Ollie played in some massive games.

"He couldn't go on loan to a league club this season because it was outside of the window, so he had to go down the Non-League route.

"He went to Tranmere and he was sensational for them. He's a player I watched very closely, tracked very closely and when we played Oldham in pre-season he was probably the best player for them.

"We had a chat then so he's someone we've been tracking for quite a while and we've got an opportunity to take him now." 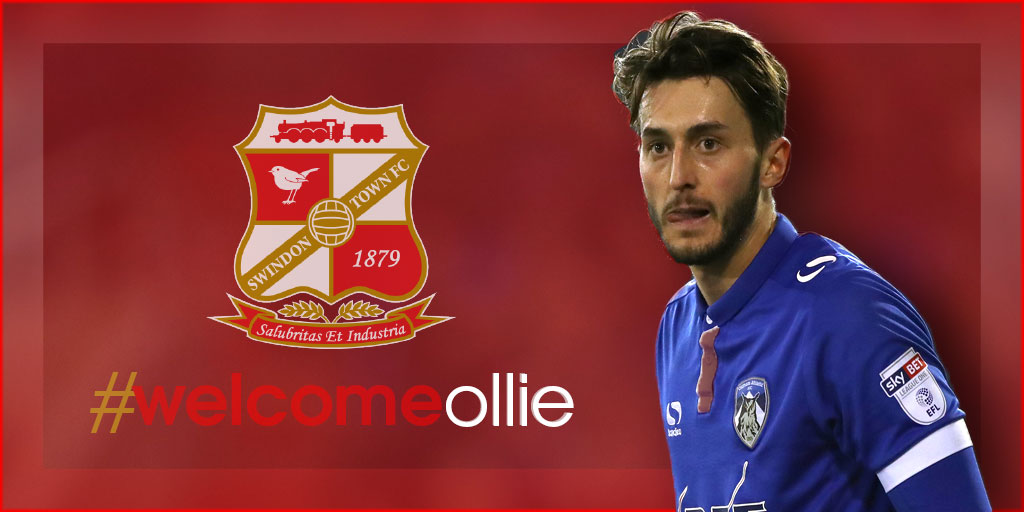 ON JAMES BROPHY AND LAWRENCE VIGOUROUX:

"James Brophy is available for Saturday because he's been training with us.

"There's no problem, he's been internally disciplined and he's unconditionally sorry for what he's done and how he's let people down.

"He's back in training, back at full speed and he was very good against Cheltenham in the reserve game - we've got him back on side.

"Lawrence Vigouroux isn't training with the first-team, we're currently working through discipline procedures and I haven't seen him since the incident.

"He's made a massive desire to leave this football club."