Swindon Town Boss Dave Flitcroft spoke to the local press in the wake of our 3-1 defeat to Coventry City at the Ricoh Arena this afternoon.

"The first goal is as good a goal as you are going to see. Maxim Biamou has taken the strike on and it is a wonder strike.

"It was quite difficult top stop and we've got to reset and re-focus but we don't do that, we allow the second goal to go in and it is too easy.

"At 2-0 down I thought it was our most dominant spell of the game in terms of possession, keeping the ball and making good chances.

"We got a fantastic goal to make it 2-1 and then the momentum was ours going into the interval and second-half we came out and we probably created more chances away from home than we have in two or three games. 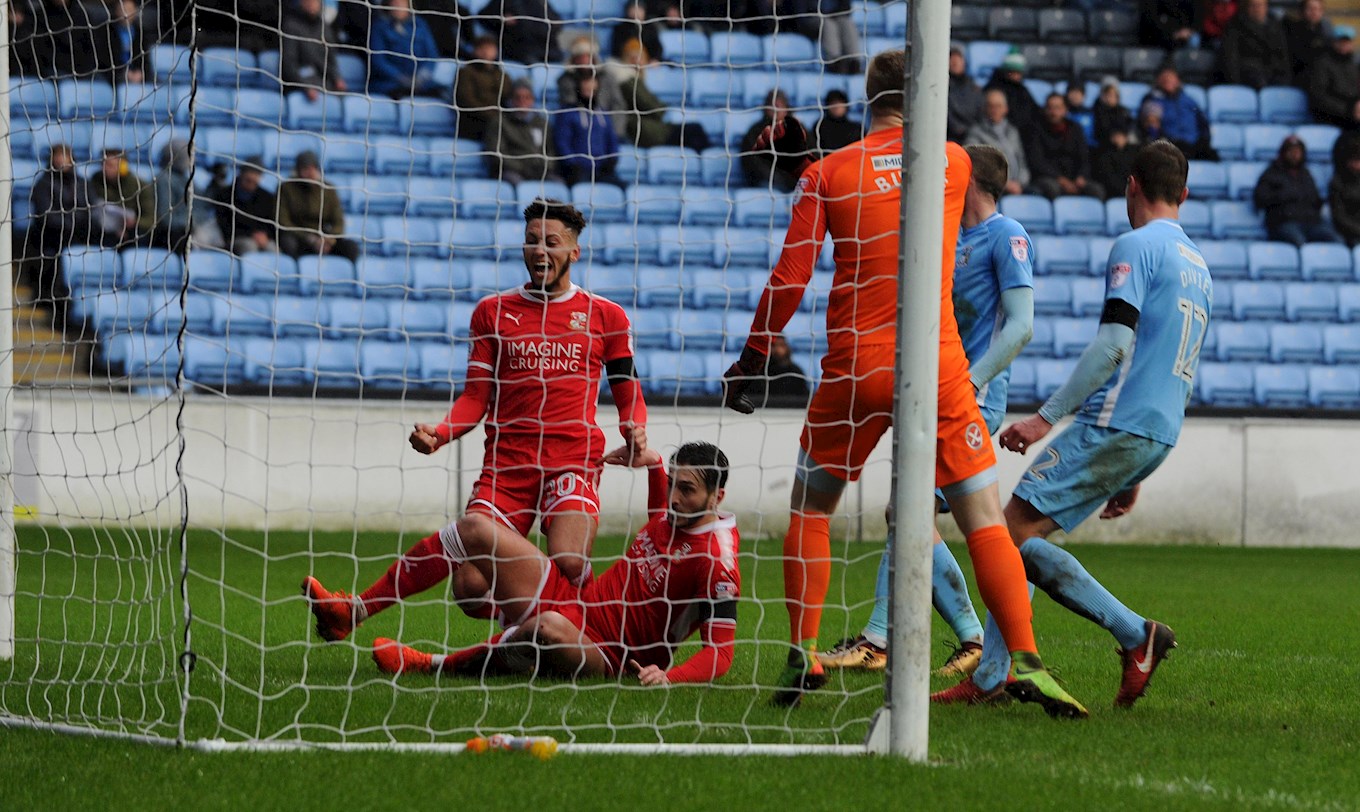 "I want to see Coventry players in the goal with the ball and we've not been ruthless enough to go and make it 2-2 and then take the game to 3-2.

"I'm disappointed with that aspect and then the third goal just gives them a fantastic lift and I didn't think the players deserved to be 3-1 down at that point.

"It really gave Coventry a spirit and a fight for the last ten-minutes so I am incredibly disappointed with the result.

"It was a front-foot performance though and we created a lot of chances - Coventry probably won't have been attacked like that for a long time." 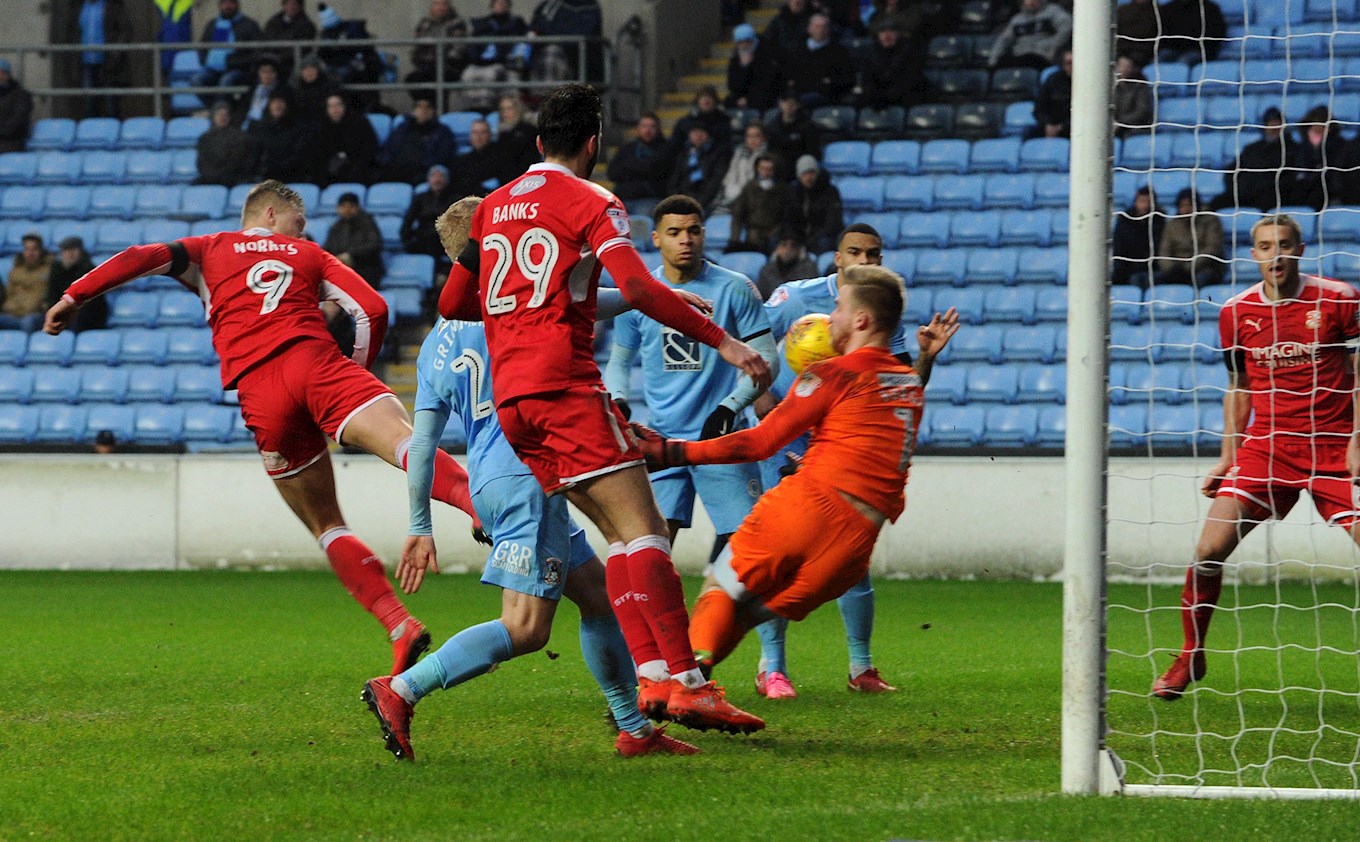 "There were two scrambles and Nozza's (Luke Norris) chance has got to go in as well.

"The save from Luke Norris in the first-half was phenomenal - Luke has done everything right on that one.

"I'm still wondering how we didn't score at really key times and they were key times. It is really important that you are ruthless at that key moment and we weren't today." 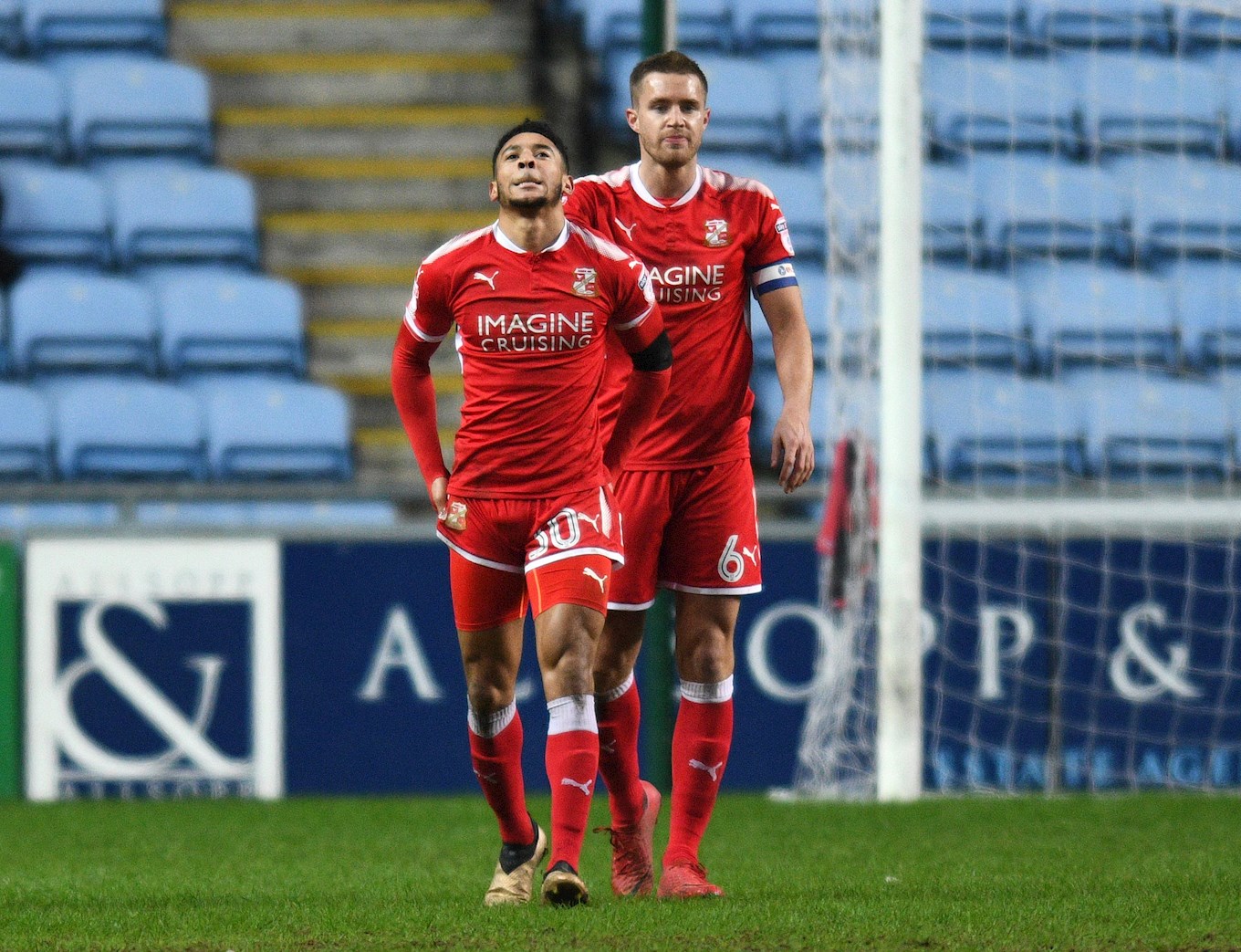 "We had secured possession, moved the ball forward and we were trying to get it out of the danger zone.

"I think he (Marc McNulty) was surprised to have got the ball in that position and he's just opened up.

"They've had four shots and three goals and the first one was a fantastic finish, but we did more than enough to win this football match.

"That's what galls me right at this minute."

ON KELLAN GORDON BEING HANDED A START:

"It is a big pitch so we went with a wide player and I thought we carried a lot of threat down that side and Coventry play very narrow and very compact.

"I wanted to get it wide and get Ollie Banks switching the ball quick and try and get it out wide to get crosses in.

"I felt that crosses would achieve goalscoring moments and opportunities, which they did, and Ellis (Iandolo) kept probing and eventually we got our joys with that.

"We got crosses in for fun but we just wasn't ruthless enough in the six-yard box today." 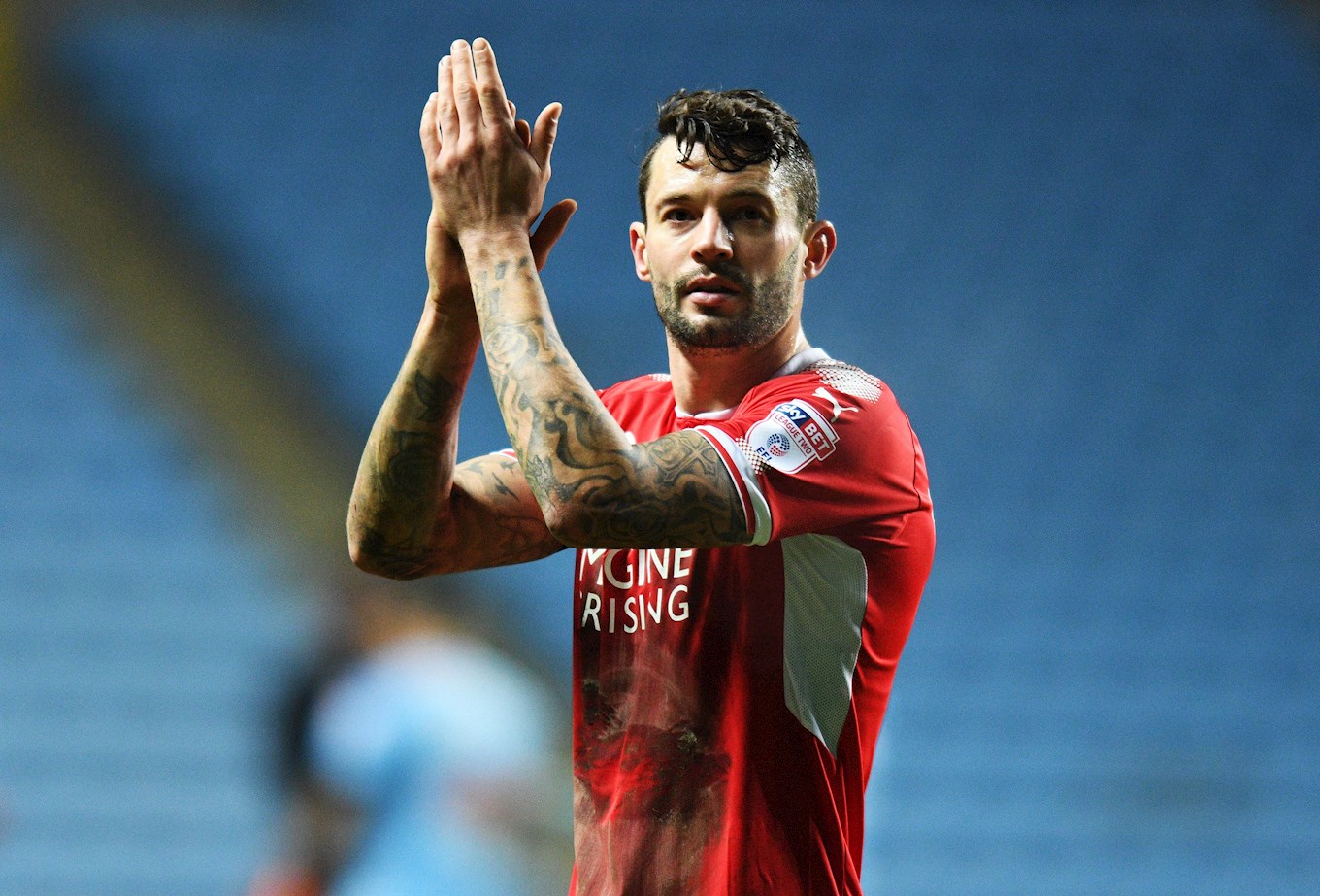 "We know about Marc Richards.

"He scores goals in League Two and we only saw a quick snapshot of him today.

"He's had a good week in training and it gives a challenge to Luke Norris and the other strikers now, so we've got a really good balance in terms of our forward players.

"It is a really good addition to what we are trying to do."