Marc Richards has revealed that he's loved his first few days as a Swindon Town player and he's now looking forward to a potential debut at Coventry City on Saturday.

The vastly experienced frontman, who has three promotions from League Two on his CV, put pen to paper on a two-year deal at SN1 on Monday after leaving Northampton.

Richards has been straight on the training ground with his new team-mates and he feels the bedding-in process has gone smoothly so far.

"It has been good. I've settled in quite well and the lads seem a great group," he told iFollow STFC exclusively.

"There are some characters in there so it is always easy when there are a few characters about and when you know a few faces as well it makes you settle in that much easier.

"It does help with the faces that I know but I won't shy away from speaking to the lads just because I'm the new boy. 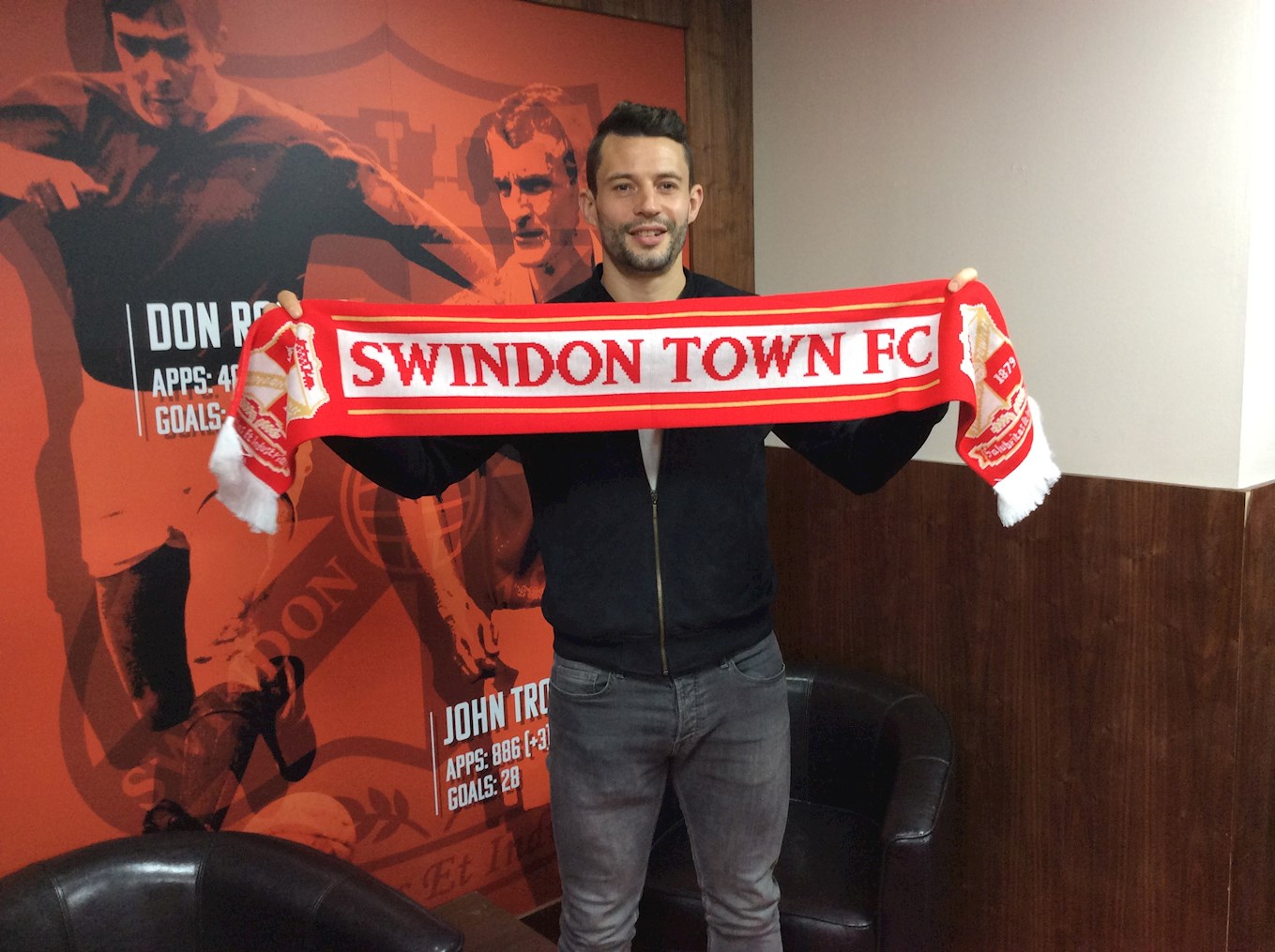 "It is about getting in there and getting involved straight away.

"Training has been very good, it was really tough on Tuesday and we had a tough session and a tough blow.

"Training on Thursday was good as well and we worked on a bit of shape towards the weekend and we had a game towards the end, so it has been a good week.

"It has been nice to get in and get started."

Richards is now looking forward to hopefully getting his Town career underway this weekend and he outlined what he expects to face from Coventry.

"I'm obviously desperate to make my debut and to get involved somewhere along the line, whether that is this weekend or another weekend," he added.

"I just want to get back out on that pitch and help the team do as well as we can.

"Coventry is going to be a tough game, it is a big place to go to and no doubt that there will be a big following there.

"It has been good. I've settled in quite well and the lads seem a great group. There are some characters in there so it is always easy when there are a few characters about and when you know a few faces as well it makes you settle in that much easier."

"It is a game we need to win really if we are looking for promotion this season.

"It is a big three points at stake.

"We've won four out of the last five and you need to beat teams in and around you and if we can do that then we can make that gap a lot bigger.

"We've got the game in-hand as well so if we can win at the weekend and then win the game in-hand then it takes us six points above Coventry and they are one of the biggest teams in the league.

"The Gaffer will have a game-plan and we will go there looking for three points and we'll be attacking as we can."