Marc Richards has made it crystal clear that he's joined Town with the sole intention of enjoying more success.

It has been a career laden with triumph for the 35-year-old who has three promotions on his CV, two of which came whilst he was Captain at his respective clubs.

And, having put pen to paper on a two-year deal at The Energy Check County Ground on Monday, the proven goalscorer is now targeting another promotion as he looks to help fire Town over the finishing line.

"Being made available by Northampton I had some interest from a couple of clubs in League Two and both clubs were pushing for promotion," Richards told iFollow STFC exclusively.

"A big thing for me was to join a club that was looking for success at the end of the season and having spoken to the Manager here and a couple of players in the squad that I know, it seemed a good choice to make.

"Pushing for promotion is the biggest factor for myself.

"I wasn't just happy sitting on the bench at Northampton and not getting much game time, I still feel like I've got a lot to give to a team so to come here and possibly get more minutes under my belt and get back on the scoresheet is a feeling that I've missed over the last two or three months.

"To join a group that is doing really well in the league and to try and help them as much as possible with my experience in the league is exciting and I'll do whatever I can to help the lads.

"I've played at League One and League Two level for most of my career and it is something I'm used to, I've played a lot of games and scored a lot of goals so if I can help the younger lads with my experience in the game and at this level then that can only be a positive for the team.

"I need to get myself in the team first and foremost. They are doing well and they've just come off the back of a 1-0 win against Forest Green Rovers.

"I wanted to come to a team that was creating chances. I've looked at the stats from the two teams that were showing an interest and Swindon certainly look like a team that create a lot of chances. They score a lot of goals so it is a team that I know if I can come into and get on the end of shots then they will go in."

"For myself now it is just a case of getting up to match speed because I haven't had many minutes in recent weeks, so as soon as I get that match tempo and pace then I'll be looking to play as many minutes as possible and help get the lads over the line.

"I wanted to come to a team that was creating chances. I've looked at the stats from the two teams that were showing an interest and Swindon certainly look like a team that create a lot of chances.

"They score a lot of goals so it is a team that I know if I can come into and get on the end of shots then they will go in."

Richards played with Matty Taylor at Northampton last season and he revealed that Town's number 31 had been on the phone in the last week or so to help persuade him to make the move to SN1.

"Tails is a great guy, he's had a fantastic career and he is one player in this league who can talk a lot of sense about the game," he added.

"He's had a lot of experience through the Premier League and the Championship and he knows what it is like to play at the top level.

"For him to talk about this club the way he has helped put my mind at rest to know that it is a good club to come to.

"Everyone knows about Tails' delivery and set-pieces but it isn't just that, he's got a lot more to his game than just that. 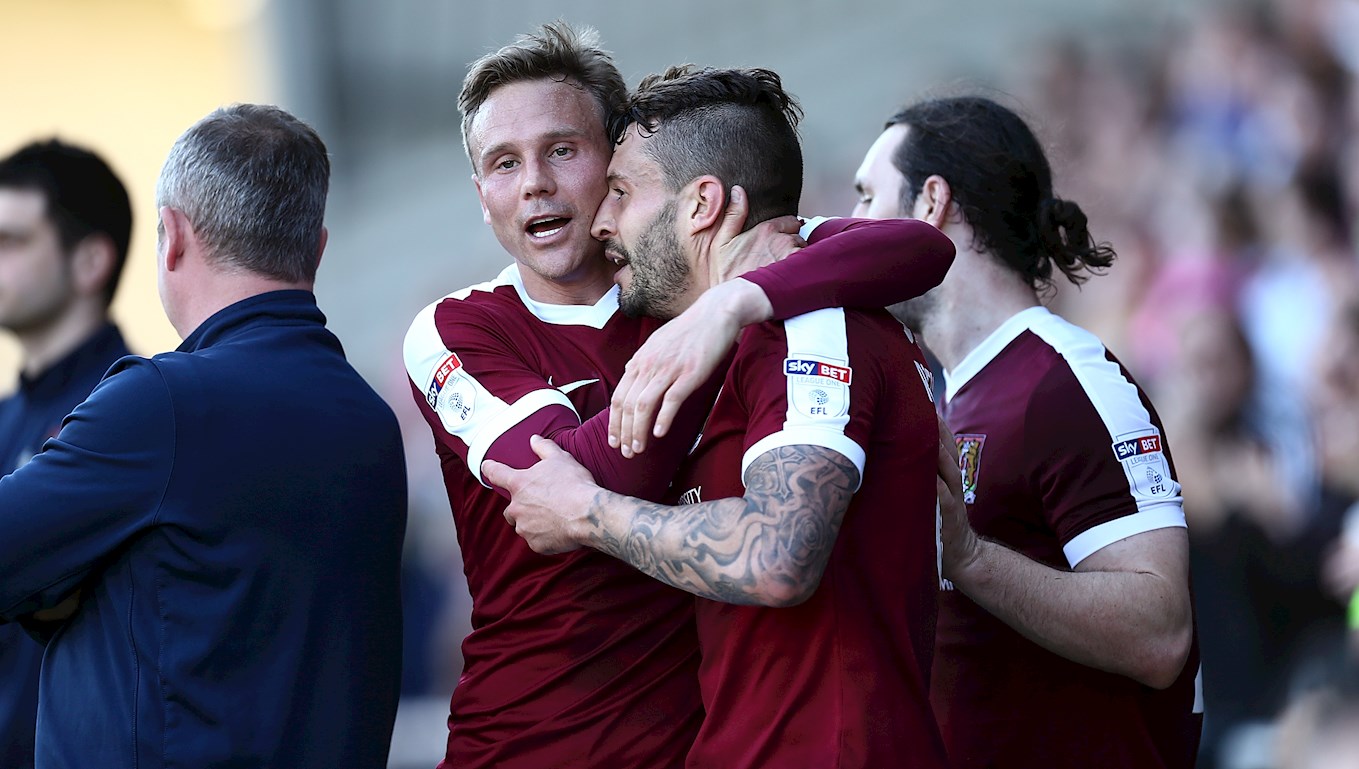 "His knowledge of the game, he knows where to be in certain positions and his communication as well, he helps his team out a lot.

"It is not just a one-man band though, it is a squad game and there are a lot of players here that I already know about and a lot of players that I've worked with before, like Keshi (Anderson), Ollie Banks and obviously Tails as well.

"I know this is a team that is pushing to get success at the end of the season."

And, finally, Richards has explained to Town fans what they should come to expect from him in terms of his playing style.

"I'm maybe an old fashioned centre-forward, I look to link up play, bring players in, get on the end of crosses and obviously try to score as many goals as possible," he concluded.