Swindon Town Football Club are delighted to confirm that we have appointed Steve Mildenhall as our new first-team Goalkeeping Coach.

The 40-year-old has left his post at Bristol Rovers to come and replace Dean Thornton who recently joined the Taiwan National Team.

Mildenhall is well known to Swindon fans having been born in the town before going on to begin his player career with his boyhood club.

The stopper, who once came on as a sub for the Reds as a striker away at Tranmere Rovers, made 38 appearances for the club and was crowned Player of the Year and Young Player of the Year before sealing a £150,000 move to Notts County.

He scored a free-kick for the Magpies against local rivals Mansfield Town in a League Cup tie, before going on to have spells with Grimsby Town and Yeovil Town.

Mildenhall was named Player of the Year for the Glovers during the 2006/07 season after helping them reach the League One Play-Off Final, whilst he would go on to put in a Man of the Match performance for Southend United against Chelsea in the Third Round of the FA Cup.

After a brief spell with Millwall the towering keeper secured a move to Bristol Rovers where he would amass over 100 outings, before eventually retiring at the end of the 2016/17 season and becoming the club's U23s Goalkeeping Coach.

"The main draw was coming back to my old club and getting the opportunity to do my first-ever job as a first-team Goalkeeping Coach at a club I made my debut with was an opportunity I couldn't turn down."

Still living in the area, Mildenhall revealed that he simply couldn't turn down the opportunity to work for his boyhood club when the chance presented itself.

"There was a chance many moons when Danny Wilson was here to come back but we didn't quite get it over the line for whatever reason and it always bugged me never getting the chance to come back and play for the club.

"Being a local boy I left pretty early in my career and it is my hometown team that I've supported for a long, long time.

"The main draw was coming back to my old club and getting the opportunity to do my first-ever job as a first-team Goalkeeping Coach at a club I made my debut with was an opportunity I couldn't turn down.

Town Boss Phil Brown added: "I'm delighted to announce that Steve Mildenhall is going to be the Goalkeeping Coach for Swindon next season.

"He's a good character, he wants to talk, he's a coach, he wants to learn and he enjoys being at the sharp end of the game." 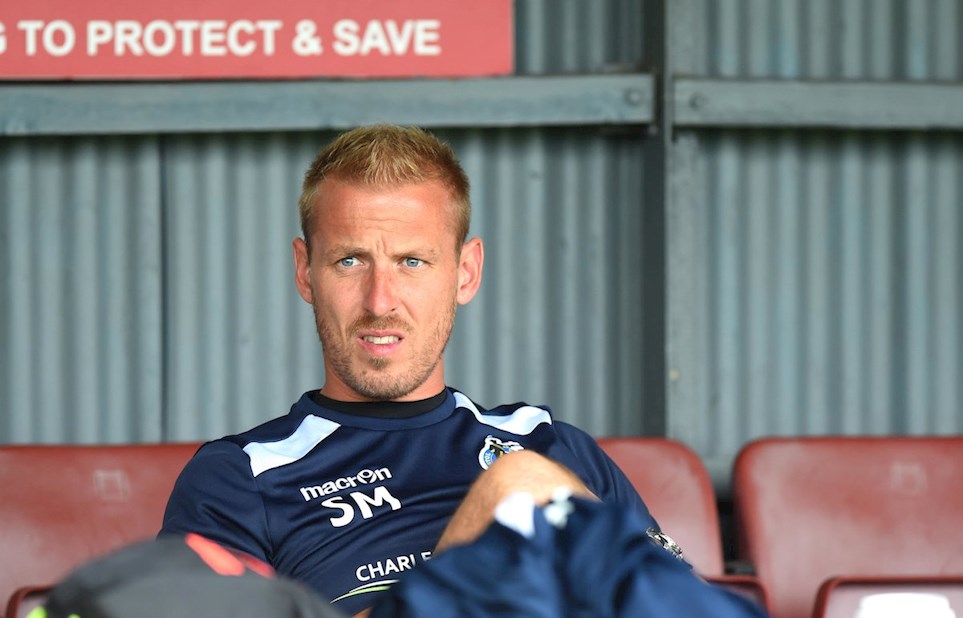 
Town's new Goalkeeping Coach Steve Mildenhall has described his return to his boyhood club as a dream come true.