Swindon Town came from behind to beat local neighbours Swindon Supermarine 4-1 in their penultimate pre-season friendly on Friday evening at the Webb's Wood Stadium.

Joe Selman gave the hosts the lead at the break but second-half strikes from Michael Doughty, Scott Twine (2) and an own goal from Marine's Matt Coupe ensured that the Reds came away victorious.

It was a slow start from Phil Brown's side who featured a trialist upfront, whilst recent signings Toumani Diagouraga and Michael Doughty were both handed starts.

Luke McCormick was forced into an early stop before Scott Twine had the chance to open the scoring from twelve-yards, but the youngster could only fire his penalty way over the bar.

And that miss was punished moments later after Joe Selman blasted home a tidy finish to give Supermarine the lead. 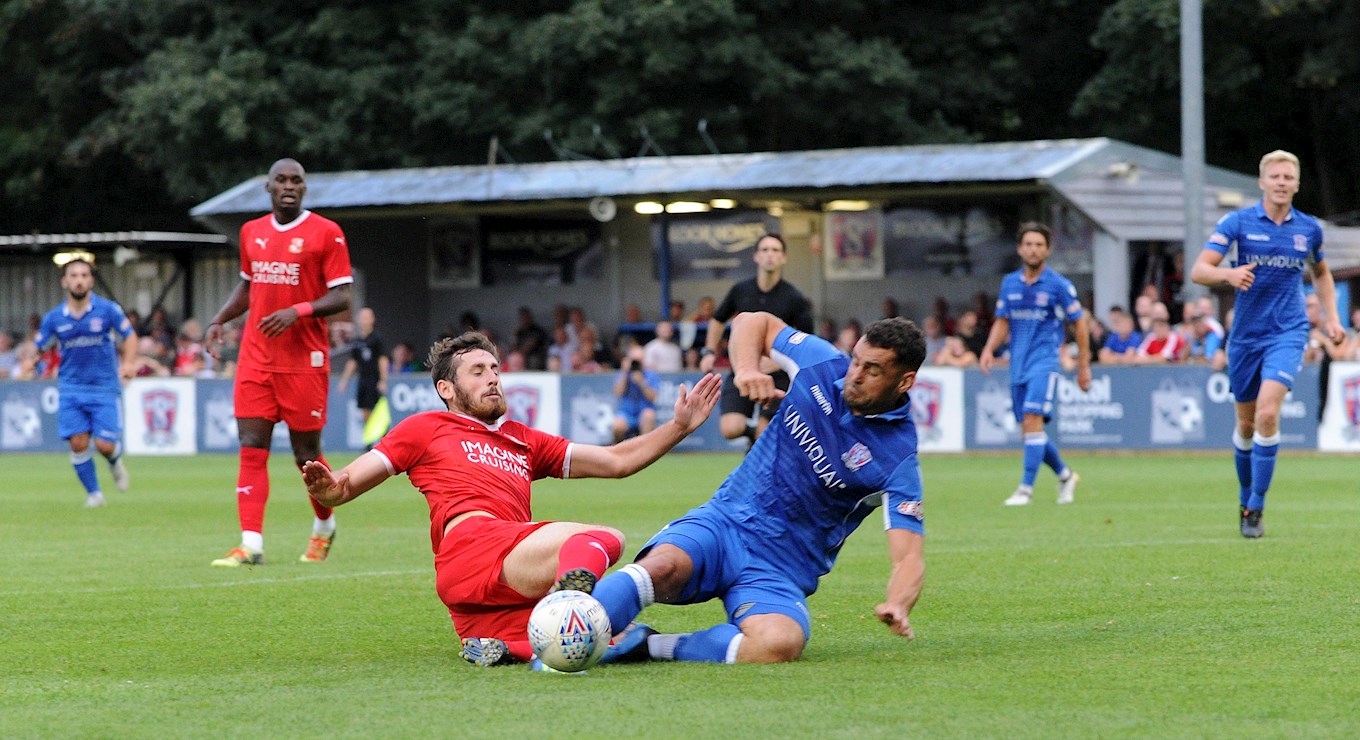 It was an impressive showing from the home side and they were able to hang onto their lead going into the interval.

Town were a much improved outfit in the second-half and they wasted little time in hauling themselves level, with Matt Coupe only able to send a header into the back of his own net.

And the Reds soon took the lead thanks to a superb pass from Jak McCourt which allowed Michael Doughty to slot home emphatically.

Twine then atoned for his earlier miss by planting home a superb diving header, and he was at it again minutes later after firing home a brilliant right-footed strike to wrap up the scoring.

Town play QPR in a behind-closed-doors friendly on Tuesday, their final warm-up game before next Saturday's 2018/19 Sky Bet League Two curtain raiser against Macclesfield at SN1. 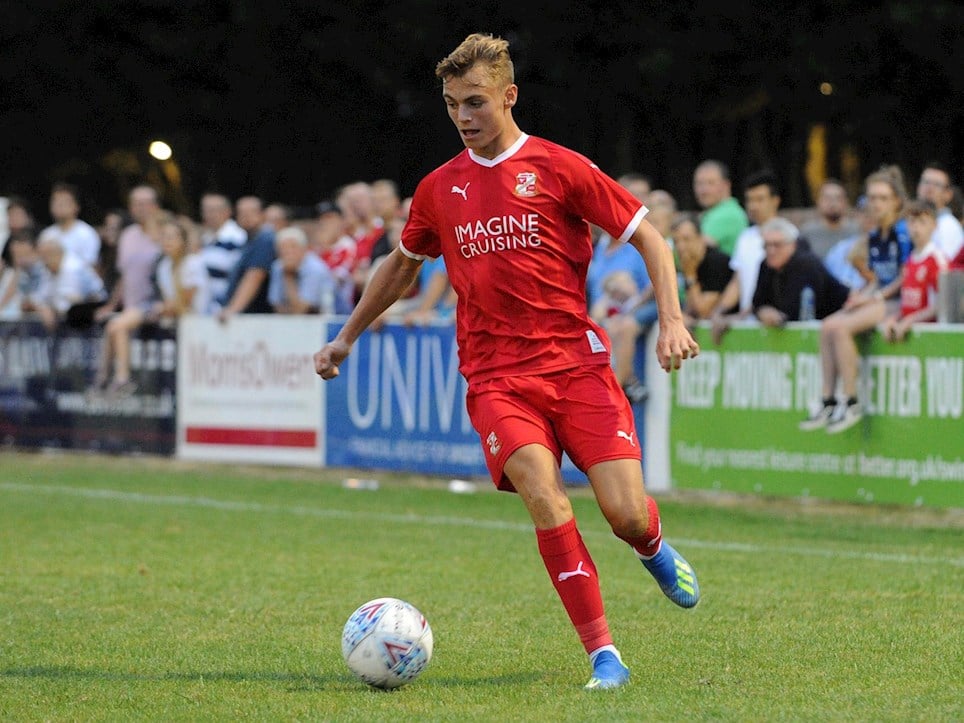